The next morning, I was sitting in the waiting lounge of the Bangladeshi Embassy. Unlike the heaving, sweating mass of confusion that had filled the Indian Embassy, I was the only person there. My and Angela’s paperwork, photos and cash had disappeared and I’d been told to wait. I looked at the large flag of Bangladesh on the wall: it was almost like Japan’s, except in green and red. Then I gazed at a large photograph of man who I presumed was the president of Bangladesh. He looked like a typical leader: distinguished, bespectacled and with greying hair. He had a slight smile as he stared slightly off camera.

A man appeared from down some stairs, the same man we’d met the previous day. “The ambassador will see you now, Mr Smart.”

The ambassador? This wasn’t normal protocol, I guessed. I asked why.

The man wobbled his small head. “I do not know, sir. Please follow me.”

I trailed the man up the stairs to a door. The man knocked and opened it. Behind a large wooden desk sat a middle-aged man in a shirt and tie. On his desk was a pile of papers, a large fan, a telephone and two burgundy passports. I walked over to the proffered chair, wondering what had warranted my presence in front of the Bangladeshi ambassador to Qatar. I almost felt like James Bond. After shaking hands with the ambassador, he asked whether I wanted a drink and I opted for a cup of coffee. He relayed this to the man at the door, who quickly scurried off.

The man smiled and looked at my passport. “British, I see? And you and your wife want to visit my country. Tell me, why is this so?”

The man’s tone was not unfriendly; in fact, he seemed positively jovial about my presence. It probably wasn’t every day a British citizen arrived in his office wanting a tourist visa for Bangladesh. I told him the truth: that we simply wanted to see what Dhaka was like. Then I told a little lie. “It’s because we’ve heard nice things about Bangladesh.”

I nodded eagerly, but thankfully didn’t have to elaborate because the minion arrived with a tray of drinks and a plateful of digestives. He scurried away again, closing the door behind him.

“Please,” said the ambassador, proffering towards the biscuits, “help yourself.”

I did, even though I would have preferred a Ferrero Rocher. The ambassador started looking through our visa application forms, moving his stubby finger down through the information we’d entered.

“You are both teachers,” the ambassador said, looking up. “A most noble profession.”

I smiled but remained mute. I reached for another digestive. They were really rather nice. The man stood and wandered over to an extensive bookcase. He removed a large red ring binder and brought it to the table.

“This,” said the Ambassador of Bangladesh, “is my son’s chemistry file. It contains notes for his upcoming exams. He is seventeen and I was wondering if you would look at them…and tell me what you think.”

I was taken aback, slightly. What did I know about chemistry? I taught eleven-year-olds! But I could hardly refuse a request from the ambassador, not when he had the power of granting our visas. “Of course,” I said, taking the thick file. “I’d be happy to.”

The notes were full of atomic structures and write-ups of experiments. Headings such as Ionic Equilibria and Transition Metals made my eyes water. I flicked through a few more pages, nodding my head here and there, pretending to read things I had no idea about. All the while, the ambassador watched me, occasionally sipping from his tea. He took a digestive and nibbled on it while I pored over some diagrams that made no sense. After a few minutes, I closed the file and looked up. “Your son seems very intelligent. His notes are very thorough. He should do well in his exams.”

“You think so?” the ambassador said, beaming. “Please have another biscuit.”

I did so while the ambassador returned the file to the bookcase.

“You know,” he said as he sat back down, “when I found out that a teacher – a British teacher, no less – was visiting my embassy, that’s when I decided to bring my son’s file to work. It is reassuring to know that a British teacher thinks he is doing well. Thank you very much, Mr Smart, and now let me sort out these visas for you. It normally takes two days to issue them, but in this case, I am sure we can expedite matters…”

As I munched on my fourth digestive, the ambassador picked up the phone and called for his minion. He arrived within a few seconds, leading me to surmise that he must have been loitering outside the door. The ambassador spoke a few words of Bengali to him and then handed him our passports. The young man nodded and rushed away. He returned a few minutes later and the ambassador took our passports, flicked through the pages until he found the Bangladeshi visas and signed them both. “There you go, Mr Smart. I hope you and your wife enjoy your stay in Dhaka.”

Stepping aside from Mexico’s ‘Gringo Trail’ 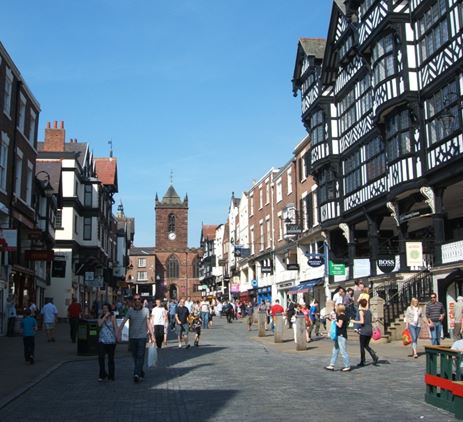