Sri Lanka’s forest courses are ideal for those who want to test their skills on natural courses that come with a healthy dose of old club traditions.

Until recently, Sri Lanka has only three major golf courses to talk about, so moving players around helps to reduce traffic jams. None the less they are attracting more than their fair share of overseas visitors, as well as expatriate residents.

Two of these clubs date back to the late 19th century, with the Royal Colombo Golf Club staking its claim as the second-oldest club outside of the British Isles. It comes with its fair share of idiosyncrasies.

As soon as you whack the ball at this historic course, the caddy imitates a railway signal, arm outstretched to the right or left. A team of ball watchers hare off in hot pursuit in the direction of the signal. Golfers like to believe the ball will fly straight as an arrow down the fairway, but the troupe of ball watchers know that is often the exception rather than the rule.

These eagle-eyed fellows can trace the flight path over the trees and then estimate within a few metres, the spot where your precious golf ball disappeared into a bog, bunker or water hazard. These rescue missions save hours for the golfers and keep them moving round the course at a steady pace. Ardent golfers often describe a round at the Royal Colombo as busy as a railway station. The description is spot on – the Kelani Valley train crosses one of the fairways. Passengers wave at golfers who in turn take off their caps and wonder: “Where did that come from?”

Most times, play on this course involves interaction with Colombo residents who use the fairways as a shortcut to the local market. Gardeners represent another hazard. They zigzag around the greens and fairways on motorised mowers during play.

A round of golf at Colombo’s historic golf course blends well with an overnight stay at the Galle Face Hotel, considered Asia’s oldest hotel. Thankfully, the owners have resisted the overtures of investors, intent on lifting the sags and ironing out the wrinkles to fit the 20th century five-star hotel image. Both the fixtures and staff at the Galle Face give the impression they have been there since day one.

Standing on a small headland overlooking the famous Galle Face green, the hotel still posts notices in the lobby reminding guests about the evils of drinking and smoking. Both are allowed of course in the colonial style bars where high tea is still served alongside the gin and tonics and pints of ale.

A golfer’s sojourn in Sri Lanka continues with a four-hour drive to Kandy, the cultural capital of Sri Lanka. If you are interested, there is time for a stop at an elephant orphanage and a batik factory before checking into a hotel close to the shore of Kandy’s picturesque lake.

Victoria International Golf and Country Resort, opened in 1999 with a 6,877-yard 18-hole course, is the venue where avid golfers take flight. Clubhouse and course are much closer to what golfers recognise as five-star. Players describe the T-shot 100-feet drop to a narrow fairway lined with coconut trees as the most challenging feature. But for the non-golfer, it would be the location next to Victoria Reservoir against the backdrop of a traditional and former royal city.

Kandy stands at the end of a valley that winds through the hills to Nuwara Eliya. From Kandy, it is a four-hour drive to Nuwara Eliya on a narrow two-lane road that snakes its way to a pass some 1,890 metres above sea level. Hill slopes are covered in tea bushes that from a distance take on the hues of billiard table green in the bright afternoon sun.

Travellers usually stop halfway up the hill country road at one of the tea plantations for a short tour of the factory. English tea planters turned the small hilltop village of Nuwara Eliya into their little England with its own golf club opening in the late 19th century, the Hill Club and the governors summer residence, a Tudor style mansion that eventually became the Grand Hotel.

Subsequently the tea planters Hill Club doubled up as a hotel and was joined by the St Andrews, giving the hill resort approximately 250 rooms.

If you are interested in a little bit of the local folklore, go round behind the buildings of the Hill Club to a little walled-in enclosure known as the Old Cemetery.

In one corner, sits a tomb, moss-grown and battered with age and long neglect. Across the stone there is a great crack, which has been mended with cement long ago. But on the stone are the letters “MAJOR ROGERS”.

This is the tomb of Major William H Rogers, a pioneer British administrator. It is said that Major Rogers had the kind of tremendous personality that made such an impression he became a kind of legendary hero. He was also a prolific hunter who killed over 1400 elephants. Note: Travellers can assemble their own tour by adding land components to the return airfare on SriLankan Airlines. They will need to check out travel agency websites in Colombo to secure a deal on hotels, green fees and transfers. It is all part of the service packaged into the travel golf holidays targeting tourists.

Trincomalee
Eagles’ Golf Links
Address: China Bay, Trincomalee, Sri Lanka
Description: Sri Lanka’s latest and 4th golf course near the China Bay in Trincomalee on the East Coast. Eagles’ Golf Links is 171 acres of lush greenery and trees and a side of its clubhouse faces the beautiful bay. This 18-hole course offers nearly seven kilometres of challenging, enjoyable and unique rounds of golf for a par of 72, routed through picturesque, undulating Bermuda grass fairways and Tifdwarf greens, replete with magnificent trees.

The 14th SriLankan Airlines’ Golf Classic was the most diverse in terms of international participation with approximately 200 players from 19 countries battling it out over four days from 24 to 27 October 2013. 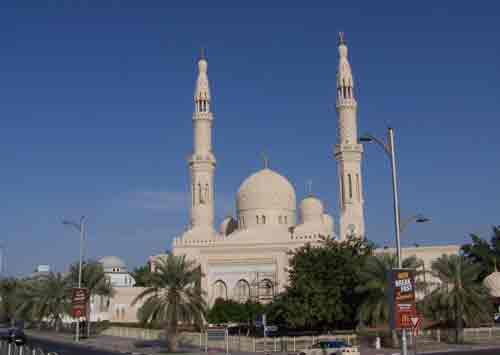 Ignore the hype: Dubai is dull

Arsenic, celebs and tax evasion in a small Italian town