We had seen nothing of Dubai on our outward journey to Melbourne. Landing at half-an-hour past midnight, over a sea of city lights, and with only two hours before our next flight, we had time just to walk the seemingly endless distance between arrival and departure gates, grabbing some duty-free bottles on the way.

On our return, six weeks later, we touched down at 1 pm, and would not be leaving until 7.50 the next morning. Rather than confine ourselves to the airport, we booked into the Al Bustan Rotana, a 5-star hotel situated a kilometre from the terminal.

Our taxi took us to the hotel in a few minutes. After checking into our first-floor room, and admiring the rooftop swimming pool, we enquired as to the possibility of arranging an afternoon tour of the city. No problem. The hotel could book us, immediately, on one of the three-hour tours, operated throughout the day by the Big Bus Company. Again, a taxi brought us, within a few minutes and at little expense, to Deira City Centre. Of the two tours on offer, Red and Blue, we chose the latter, as it would follow a route along the coastline, past many of Dubai’s iconic landmarks. The Red tour, in contrast, was confined to a tortuous route around the city centre. We picked up our earphones and plugged them into the sockets on our seats on the open-topped upper deck. The seats, unfortunately, were extremely uncomfortable, being hard and with little leg room. Nevertheless, we felt we could cope with the discomfort for the duration of the tour.

We set off from the Deira Centre, curved around beneath a spaghetti-tangle of roads, across the Al Garhoud Bridge and into the Wafi Mall, another huge shopping and entertainment centre, which resembled an anachronistic blend of Ancient Egyptian and Ancient Greek architecture. After dropping off and picking up a few passengers, we continued past the World Trade Centre, a collection of high-rise hotels, then turned through a right angle at the Jumeirah Mosque, onto a long, straight road that ran parallel to the beach. This took us past the Mercato Mall, yet another complex of shops, restaurants and places of entertainment.

By now, we were beginning to form an impression of Dubai that was not very flattering. While most cities evolve, usually in a haphazard, but organic manner, around the lives of their inhabitants, everything in Dubai seemed planned from the outset. The buildings appeared pristine, and the roads looked designed for speed and large traffic volumes. We saw almost no people strolling along pavements. It felt as though the city had been constructed in a hurry, to a pre-ordained pattern, with people then being expected to disappear into it without fuss.

Prior to the discovery of oil in the 1960s, Dubai had relied for its livelihood on fishing and pearl diving. The oil wealth had flowed rapidly, and in 1971, six Gulf states had joined together to form the United Arab Emirates, with the seventh joining the federation the following year. Dubai now has a population of 1.2 million, which is approximately half the total for the Emirates. Conscious of the fact that the oil will run dry in the not-too-distant future, Dubai has decided to invest in a vision of itself as the most important commercial centre in the Middle East, and a city dedicated to pleasure and tourism. The result is that, with few limits to its wealth, it exudes an atmosphere of materialism gone wild, of a city of excess but without history, soul or character.

We made a short detour to the Jumeirah beach, which looked as synthetic as the rest of the city. We did, however, see a small number of people strolling on the sand, and even fewer paddling in the sea. We also had our first real glimpse of the Burj Al Arab hotel, one of Dubai’s most famous buildings, and the only 7-star hotel in the world. Four kilometres from the shore, though all but obscured by a haze, was the site of the World Islands, where a set of shapeless sandbanks has been arranged to represent a map of the world.

Back on the main beach road, we continued past the more traditional Souk Madinat, before turning onto Jumeirah Palm Island, a large, residential area of reclaimed land, laid out in the shape of a palm tree. Transport for the residents here was by monorail. At its end, the road descended into a tunnel that led beneath the sea, to emerge at an enormous waterpark, known as Atlantis on the Palm. The liner QEII is destined to end her days here as a floating hotel.

This was the limit of our journey. We returned to the mainland and followed a road that ran back parallel to our previous route. We passed the Mall of the Emirates, where the ubiquitous shops, restaurants and cinemas were accompanied by an indoor ski centre, complete with artificial snow, tows and five runs, the longest of which falls 80 metres in its 400-metre length.

We then circled the Dubai Mall, at the corner of which stands the ridiculously thin, sun-catching spire of Burj Khalifa, at 828 metres (2717 feet), the world’s tallest building. Beyond this, we passed the World Trade Centre once more and returned on the road of our outward journey to the Deira Centre.

The only way back to our hotel was by taxi, and the only way to catch one was to join the 100-metre queue in the basement of the Centre. We initially resigned ourselves to a long wait. However, the taxis arrived in batches of three-or-four at a time, separated by less than a minute, while stewards prevented unauthorised queue jumping. In less than half-an-hour, we were on our way back to the Al Bustan Rotana.

Having had nothing to eat since leaving our aeroplane, we relaxed in the quiet ambience of the hotel reception area, over a club sandwich and chips, and unwound to the accompaniment of a piano, played by an attractive young lady. We received an early morning call, and after settling our bill, were given a complimentary taxi ride to the airport. Following a 45-minute delay on the runway, because of thick fog, we took off for England. Emirates Airline, which is based in Dubai, must surely be one of the finest in the world, and I would have no hesitation in travelling with them again. Our hotel was also excellent, and for a 5-star establishment, relatively inexpensive. Taxis too were cheap, for which we were thankful, as they seemed to be the only obvious means of getting from one place to another. Dubai, however, is unattractive, and I would not wish to visit it again voluntarily, were I not in transit to somewhere else. I saw all I wanted to see of this utterly artificial city, and was not sad to bid it goodbye.

However, our short sojourn in Dubai has an unexpected epilogue. Two days after our return home, an item on the television news reported the murder, in Dubai, a few days before our visit, of a Palestinian politician. According to the authorities, he was thought to have been killed by members of an Israeli hit squad, travelling on false British passports. I thought the CCTV footage of the hotel foyer looked familiar, but dismissed it as coincidence. Then the reporter, Jeremy Bowen, sitting in a car outside the hotel, informed us that the murder scene was the second floor of the Al Bustan Rotana.

I emailed our globe-trotting, back-packing son in Australia, to tell him of this.

“That is too damn close for comfort,” was his reply, “and you worry about me when I’m travelling.”

Anthony Toole is a freelance science, travel and outdoor writer with specialist interests in mountaineering, Nature and conservation.
Website: http://myweb.tiscali.co.uk/anthonytoole 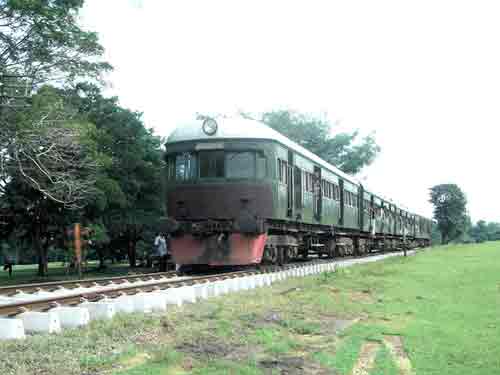