I was born in Zimbabwe and lived there until I was 16 years old. My family moved to Australia at the end of 2001 and I returned to Zimbabwe for the first time since leaving, back in 2010 when I was in South Africa for the Football World Cup with my wife, my brother and my brother-in-law. I will always be a proud African and a proud Zimbabwean but I will also always be aware of the pain and profound sadness that I felt and no doubt will always feel when I return to my homeland because, you see, my homeland is broken. My inspiration to write this has come from my parents recent trip back home and their experiences, which were much of what I felt when I was back home.

I’m writing this not to denounce my homeland, but rather to say, go. Go and see for yourself what Zimbabwe has to offer and witness the warmth of her people. As a traveller you will encounter an incredibly welcoming people, always willing to help and give you a smile. You’ll encounter a people so strong and resilient that they’ve survived through the worst economic collapse this world has ever seen. A people who lost almost every cent they had overnight, but a people who will welcome you with open arms and appreciate the fact that you’ve come to their land to experience all the wonderful experiences such a small country has to offer. My anguish began during the drive into my hometown, Bulawayo. Bulawayo is the second largest city in Zimbabwe and home to 640,000 people. Until recently, Bulawayo was the Industrial capital of Zimbabwe, but the economic crisis has since left the city of Bulawayo in a state of stagnation, and this was, and still is the cause of my pain and sadness. Most visitors to Zimbabwe don’t go down to Bulawayo because there doesn’t seem to be much going on. Indeed, Bulawayo has always been the laid back cousin of the much more vigorous capital, Harare, but it is still worth a couple of days exploration. Bulawayo is a relaxed city, with a small town feel. The wide, tree-lined boulevards and the run down buildings give Bulawayo an air of shabby elegance and gentility, and there are a few dining and drinking options to keep you entertained should you come this way, but outside of Bulawayo, within a few kilometres radius is where the major attractions lie. Just 35 kilometres south of Bulawayo lie the Matobo Hills and the Matobo National Park. The Matobo Hills are completely made up of Granite, and this granite has been weathered over millions to form some fantastic shapes. Part of Matobo Hills has been designated as national park and plays host to the elusive, and very much endangered Black and White Rhinoceros’. As a result, the national park has also been designated as an Intense Protection Zone for the two species of Rhino. You’ll also be able to view, Zebra, Giraffe, Wildebeest and Ostrich at the national park.

To take full advantage of all the national park has to offer, you can either hike through the trails, or you can organise horseback riding with the staff at the park. There are a number of camps available for accommodation should you wish to stay in the park, these being Maleme Camp, Mtsheleli Camp, Mwesilume Camp, Toghwana Camp, Arboretum Camp, Sandy Spruit Camp and the Lake Matopos Camp. Click here for more information. Other nearby attractions include the Khami Ruins, which are located 22km west of Bulawayo, and are a UNESCO World Heritage site, and the wildlife sanctuary of Chipangali, located about 10km south of Bulawayo, where you can be part of the rehabilitation of rescued birds and other animals.

For me, the best part of coming to Zimbabwe was seeing family, family I hadn’t seen since we left Zimbabwe all those years ago. But this too was bitter sweet. In true Zimbabwean fashion my family greeted us with warm smiles and hugs and we spent many hours, sometimes in the darkness due to power cuts, sitting around and catching up. Beneath this happy exterior is a feeling of uncertainty and discontent. You can see the resilience and the determination to stay strong and overcome written in their eyes, but the strain and the scars from their struggle is written in their faces. My family, and people in Zimbabwe are tough. They will always find a way to get by, and smile through the whole ordeal. Some of us were lucky to get out, but for others the only choice is to make the best of what life in Zimbabwe brings you. I have the utmost admiration for my countrymen who remain in Zimbabwe and continue to toil through every difficulty that the current regime places in their path, I can only hope that their struggle will not be in vain and that one day Zimbabwe will emerge from the darkness that has engulfed her for so long.

Victoria Falls is one of Zimbabwe’s major drawcards, and it was no surprise to see that the town of Victoria Falls had experienced some major development since my departure. No surprise either that tourism is booming, and for a good reason, Victoria Falls really is spectacular. Victoria Falls is also known historically as Mosi-ao Tunya or Mosikalamosikala, which translates to “the smoke that thunders”, and rightly so, because you’ll hear the falls long before you set eyes on it. Victoria falls is twice as tall as Niagara Falls and several times as long, and while it isn’t the tallest in the world, it does have the largest sheet of water, making it a sight not to be missed. We were lucky to see the Falls in the rainy season when it is at its most spectacular, but the park, on the Zimbabwean side at least, is open year round, and the Falls is still a fantastic sight in the dry season. Entry to see the Falls is US $30, and the park takes cash only, so come prepared. You can also view the falls from the Zambian side, but the best views of the falls in all their glory is from the Zimbabwean side. Aside from the actual falls there are many, many activities available to you in Victoria Falls, but they all come at a cost. Tourist levels in Victoria Falls are back to historic levels since the economic crisis, and this is reflected in the cost of everything. Victoria Falls is by far the most expensive town in Zimbabwe, so be prepared to fork out for your enjoyment. Any trip to Zimbabwe would not be complete without a visit to the capital city, Harare. For us, arriving into Harare from Bulawayo was like driving into a different country. The first indication of this was that there was actually other traffic on the roads, something we hadn’t seen very much of in Bulawayo and Victoria Falls. The other indication was the shiny skyscrapers in downtown Harare and the fact that our new hire car (Nissan Tiida), was one of the oldest vehicles on the road. Harare is where you get a clear indication of the disparity between rich and poor. We’d both seen this before but what really hit home for me was the fact that this was my country and the fact that there are people struggling to put food on the table, struggling to get ends let alone make them meet, and here we have the mega rich building mega mansions, driving the newest cars, cars most people couldn’t even come close to affording, most of which on the proceeds of corruption and financial mismanagement. The only word I could use to describe the situation was evil. What’s happened to looking after your people? Better to line your own pockets before the bubble bursts maybe. Either way, we didn’t like what we saw, but hey, as they say, T.I A. (This is Africa).

Despite all this, I say go, go to Zimbabwe. The money you spend travelling in Zimbabwe doesn’t all go to the regime. You’ll be doing your part to help out the small business-people who are still trying to make something out of the dire situation that Zimbabwe is in. The money you spend will go to the Tourism operators trying to revive the sputtering heart of tourism in what was once the “bread-basket of Africa.” More than anything, your money will buy you amazing experiences and interactions with some of the friendliest and most generous people in all of Africa. Let them see that their country still matters, give them hope to carry on so that one day Zimbabwe can be a country we’re all proud of again. 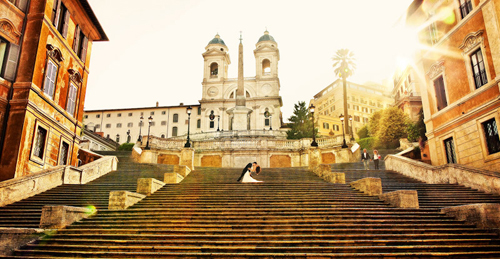 How to crack your destination wedding planning 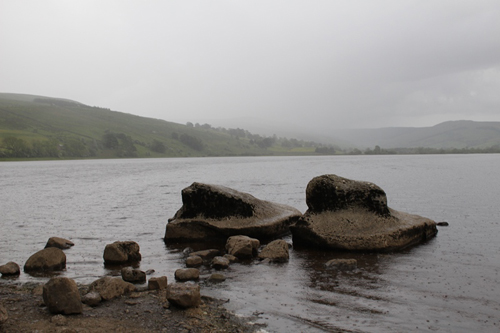 A night beside Yorkshire’s Lake Semerwater