The start of summer is a great time for a getaway to the San Juan Islands in Washington State. This is a group of over 400 islands in the Salish Sea located between Vancouver Island and Washington State. We would visit just two of the larger islands, San Juan itself and Orcas.

We left Vancouver bright and early. As we drove southwards, the skies began to clear. By the time we reached the ferry terminal in Anacortes, “Gateway to the San Juans”, the sun’s rays were already adding warmth to the air. One hour later, we arrived in picturesque Friday Harbor on San Juan Island, named in honour of a Spanish explorer, who charted the islands in 1791. This little community boasts a thriving marina, several museums, a variety of shops, eateries and ice-cream parlours as well as cycle, moped and kayak rentals. Colourful banners and hanging baskets adorn the town’s lamp standards. There’s a relaxed atmosphere. Life moves at an easy pace.

A short drive brought us to American Camp. At the ranger station we watched a brief video. In a nutshell, we learned that a dispute over territorial rights arose in the mid-1800s. Both Canada (then under British jurisdiction) and the United States lay claim to San Juan Island and established camps. In 1859 the disagreement escalated when an English pig strayed into American territory and was shot. This minor incident started the 12-year “Pig War”. Eventually the Americans were awarded the islands through peaceful arbitration. American Camp is located on a windswept bluff at the southern tip of the island overlooking the Strait of Juan de Fuca. Only a couple of clapboard buildings have survived. On a tall flagpole Old Glory flutters proudly overhead. Bright orange California marigolds detract from the desolation of the camp. We could well understand why the soldiers posted here were dissatisfied with their lot. Furthermore, the regiment’s commander changed multiple times during the “Pig War”.

In contrast to American Camp, the English Royal Marine Camp was established at Garrison Bay on the west side of the island. In 12 years, just two commanders were commissioned to English Camp. The enlisted men kept the camp neat and clean. Standing on the hillside, once the site of the Officers’ Quarters, we looked down on a well-protected bay and formal garden. The Victorian-style garden (formerly a vegetable garden) was planned by the second Commander to appease his homesick wife. It still features beds of flowers and shrubs (catmint, peonies and lavender to name a few) separated by low well-clipped hedges and surrounded by a white picket fence. Quite a number of the 27 original wooden buildings remain … the Blockhouse (from which guns could be fired and where prisoners could be held), a storehouse, a small hospital and a schoolhouse. On the northwest side of the island is the historic town of Roche Harbor. Developed in the 1890s as a company town, it was once the headquarters of the Roche Harbor Lime & Cement Works founded by John McMillin. These days it is a boaters’ paradise and launch point for sea-kayakers. Built around 1886 and restored in the 1950s, the three-storey Hotel de Haro dominates the town. We approached the hotel under an arbor covered with a profusion of deep pink climbing roses. A short walk brought us to a small church on the hillside. In 1892 it was the McMillin family’s Methodist chapel. Later it was used as a schoolhouse. Nowadays it is a popular venue for romantic weddings. Next we followed a wooded trail to the well-hidden McMillin family Mausoleum. What an imposing monument! The tomb is said to reflect McMillin’s beliefs in religion and freemasonry. Before departing San Juan Island, we had an interesting visit to the Whale Museum. The museum houses some great whale skeletons. There is also a DVD running continuously which provides loads of information about the resident orca population. A family tree for each of J, K and L pods lists an eclectic array of names … Blackberry, Echo, Suttles, Eclipse and Samish … and Granny who is 103 years old. Each orca can be identified by the shape of its dorsal fin and its distinctive saddle patch. Newborns, however, start life with an orange tint. They don’t acquire the distinctive black and white markings for about one year.

That afternoon, we hopped on the ferry to horseshoe-shaped Orcas Island, just a half-hour journey away. From Orcas Landing we drove along one of many scenic byways to the main village of Eastsound. At 2,400 ft., Mt. Constitution in Moran State Park is the highest point on Orcas. At its summit is a stone observation tower. From this vantage point, we saw spectacular views of Canada, the Olympic Peninsula and the Cascade Mountains. Much of the surrounding land was donated by Robert Moran, a shipbuilder and former mayor of Seattle, after whom the park and tower are aptly named. Next we called in at Rosario’s Resort overlooking peaceful Rosario Sound. Formerly home to the Moran family, it is now a popular resort, marina and museum exhibiting over 600 photographic plates taken by Mr. Moran in the early 1900s. Also a music lover, Mr. Moran installed a 1913 pipe organ and a 1900 Steinway grand piano in the mansion’s Music Room. On most afternoons, visitors and guests alike are invited to attend a short recital. We thoroughly enjoyed this musical interlude.

The next day we awoke to dull, grey skies. However, in Eastsound we spotted a kiosk advertising naturalist-guided whale-watching tours. Even if we didn’t see any orcas, at least we could enjoy a boat ride in the fresh air. In fact, some legends say that just seeing an orca is a gift. Unfortunately, pollution caused by mankind has resulted in a major reduction in the size of the pods. So much so that in 2006, the Southern resident orcas were declared an endangered species. Well, we were certainly gifted that day. Both our skipper, Cameron, and our on-board naturalist, Trey, were incredibly excited. Once or twice a year, a superpod, comprised of resident pods J, K and L, congregate in Johnston Strait for a “marine mammal festival” to feast on the spawning salmon, socialize and interbreed. This was one of those extraordinary days. Trey increased our knowledge of orca whales dramatically that afternoon. We now know that the orca has a brain four times the size of humans and is the strongest hunter in ocean. These “gentle giants” can weigh over five tons and can measure more than 20 ft. in length with a dorsal fin rising up by as much as 6 ft. They are a mesmerizing sight to watch. At one point our boat must have been surrounded by more than 80 whales, all having a wonderful time, frolicking in the ocean, breaching with apparent ease, spouting water and communicating in a collection of high-pitched clicks, calls and whistles.

We couldn’t have had a more exciting finale to our four days in this island paradise. 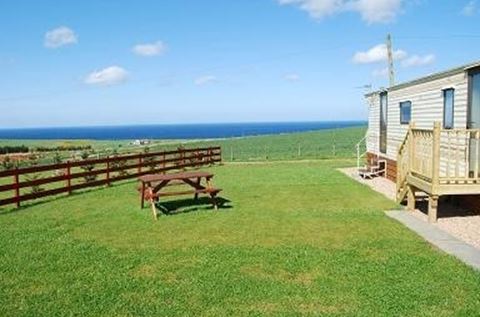 The great British caravan holiday: is this the year for summer? 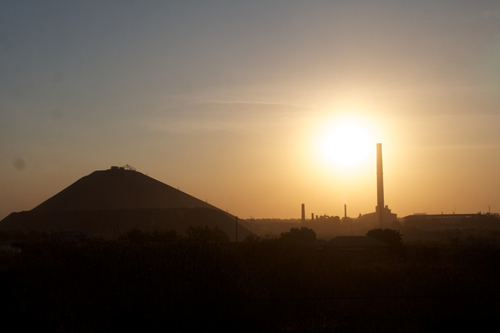