As evening dawns on Istanbul, I find myself sitting in the little sidewalk cafe attached to my hotel sipping Turkish coffee, smoking hookah and watching this somewhat sleepy neighborhood come to life as the city cools down and the locals return from work. Little boys play in the brick paved streets, kicking a well worn football (soccer ball) around the feet of tourists and locals alike, as the muezzin’s hauntingly beautiful call to evening prayer beckons the faithful. The sound comes from everywhere and nowhere at once, as if it were being carried along on the wisps of mint-scented smoke that float by. The setting sun casts long shadows across the ancient alleyways of this neighborhood, as the plaza at the end of my street comes live with twinkling, multi-colored lights and the bustle of waiters preparing for the evening rush. A bright moon hangs above the square, battling the last rays of sun for the right to cast its cool and eerie light upon the scene below. Slowly, but surely, the sun retreats and the moon asserts in dominance over the night as I walk into the plaza in search of my first mean in Istanbul.

I am in an area called Kumkapi – apparently fairly well know for the several, excellent fish restaurants that surround the square and line the streets and alleys that flow into it. I select a small place just off the square that seems to be relatively popular and settle in – mouth watering as I pour over the menu and wine list. The wine is as bright and crisp as the lights twinkling above and as my dinner arrives, the restaurant’s trio strikes a soft tune and begins meandering through the half-empty tables and out into the street. In short order, the street begins to fill with people and the trio gets louder and louder. Suddenly, the locals at the table next to me burst into song – followed quickly by the trio and in rapid succession people throughout the street begin to sing along, each table falling in place like a line of dominos, as other bands pickup the tune started here and carry it down the line. A group of tourists and locals at the next table, jump up and begin dancing with each other and the band – clapping, singing and laughing their way into the street. Men with hookahs (narghile in Turkey) weave through the throng of people, making their way from table to table, apple-scented smoke wafting around them like an early morning fog. I pay and then melt away into the crowd, letting them carry me down the street ever closer to the Marmara Sea. The crowd reaches the end of our little tunnel and disperses, leaving me facing the wide open expanses of the dark and gently lapping waves. The moon, now secure in its place, illuminates a sparkling path across the sea – beckoning me to follow it to the end of the horizon and beyond. The lights of the Asian side twinkle to my left while the red beam of a lone lighthouses flashes rhythmically to my right. Though so near, the sounds of the bustling alleyway from which I have just emerged seem a million miles away and all I can hear is the chatter of the local fishermen as they make anchor for the night and the waves of the Marmara breaking gently against the boulders below my lofty perch.

Despite the trappings of modernity that surround me, it is the vestiges of Byzantium and Constantinople that draw me in and transport me to another time. I think about this 2,500 year old city and all the people who have stood where I am now over the ages, as the muezzin call sounds again, the hauntingly beautiful call rolling in from across the sea. 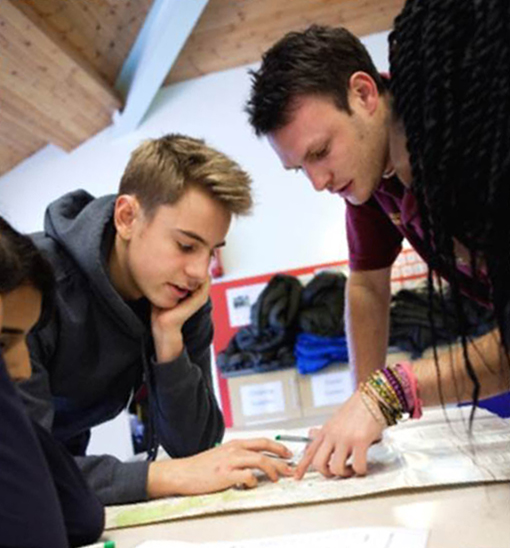 Youth Development: a philosophy in practice

The ultimate holiday: sun vs. ski