The traffic was at a virtual standstill. Omar explained there had been a dramatic rise in car ownership since the end of the war. That and ubiquitous police road blocks, including at the end of every bridge over the Tigris, made getting around the city a slow and unpredictable task. We arrived at a roundabout where myriad yellow taxis of an unknown make were managing to weave their way through the traffic, dodging the occasional shiny 4×4 or sweating barrow boy pushing a crippling load. I laughed as we passed a fibreglass shelter for traffic police with a roof in the shape of a vastly oversized policeman’s peaked cap below which a black tie descended and projected at the bottom to form a seat where the officer on duty could sit observing the traffic. Somebody in the Ministry of Transport, it seemed, had a sense of humour. It was strange to think that somewhere in the world – perhaps in Iraq – there was a factory churning out these comical shelters. We turned into a boulevard lined with rundown apartment blocks, six-storey monstrosities in depressing brown, their windows small, their walls lined with ageing air-conditioner box units. The architecture was distinctly 1970s and 1980s when much of the city was rebuilt, seemingly in the style of some of Europe’s worst experiments with social housing. Small trees, misshapen with age, coloured fairy lights adorning their branches, lined the road. Everywhere among the lingering brutality, be it that of the security situation or that of the urban planners, were signs of a craving for normality, for happier times.

Eventually, we reached a bridge and stopped at the police check point, a hut with a red and white rising arm barrier surrounded by concrete traffic dividers. Rather incongruously, like the roadside trees, the barrier had fairy lights wrapped round it and on the dividers someone had painted what looked like yellow and white marguerites, the flowers that adorned Babylon’s Ishtar Gate, the flowers that symbolise innocence. A garland of lurid green imitation leaves draped along the top provided a finishing touch. I reached for my camera.

‘No photographs here, please.’ Underlying Omar’s friendly voice was a timbre of nervousness.

There was something touching about the scene, an almost childlike optimism and a yearning for the simple pleasures in life instead of the adrenalin and stress that comes from policing a city stalked by sectarian violence. Omar had told me that Iraqis, men and women alike, loved flowers: in front of me was an example at once sad and uplifting. As I watched the policemen in their camouflage fatigues chatting to our driver Mazen while they inspected our papers, I tried to imagine them carefully painting marguerites on to the drab concrete. Mazen, a tall man with a large nose and a cheeky smile, casually rested his hairy arm on the open window as he answered their questions. Leaning across, Hassan said something to the police sergeant holding the papers and a moment later we were waved on our way. With the traffic on the bridge so regulated, there were few vehicles as we drove across the fastflowing Tigris. The turbid river was an unappealing brown, but its breadth meant we had a good view up- and downstream of what is still very much a low-rise city.

‘That is the Green Zone,’ said Omar, pointing a chubby finger back towards the right bank, but from where we were I could not make out any features that distinguished the fortified sector from the surrounding area.

The key to terrorism, of course, is fear: fear of the unknown, of wondering whether today will be the day when the dice of fate will roll and you will join so many others as a gruesome statistic. I was not frightened as we walked through the street market in Baghdad, but I was aware that the odds were slightly more weighted than usual. Yet I was only there for a visit, while those around me, the storeholders and shoppers, the children and police, had to run the gauntlet of sectarian violence on a daily basis. These people came here regularly in the knowledge that one day a bomb, perhaps in a parked vehicle, maybe strapped to a suicide bomber and filled with nails, might explode and yet they managed to keep their spirits up and chat and laugh. Perhaps having bodyguards lulled me into a false sense of security: they could offer protection against an aggressive individual, but if a bomb went off they would be as likely to fall victim as I was. To my eye, with their casual shirts over their jeans and their pointe shoes, Hassan and Ahmed at first looked like many other Iraqi men: you could not even see the Austrian-made Glock handguns they had tucked in their jeans, one on either side and each loaded with fifteen rounds. After a while, though, I began to notice that their demeanour was subtly different from that of the middle-aged Omar, whose carefree amble was in contrast to the considered manner of the two guards who discreetly observed everything around us. Both were jovial enough, though Captain Hassan was a little more reserved, but I gradually realised that they would have no qualms about using their guns if necessary: in Baghdad, hesitation is not an option.

At first, the food market appeared to be pure chaos: stands at each side of the street seemed in competition with people selling wares from the open backs of vans, empty cardboard boxes formed jumbled mountains and old men and young boys struggled to manoeuvre overloaded handcarts past shuffling pedestrians and across rickety boards spanning open drains. There was plenty of food, but little choice. The range was limited to potatoes, beans, onions, bananas, oranges, apples and watermelons, yet much of the fruit was arranged in meticulously neat piles. The sellers were as proud as their wooden stands were modest. I stopped to look at a row of open bowls of olives – black, purple and green, some as big as walnuts – and boxes of dried apricots, plums and figs. Both displays seemed to attract more flies than customers. The stallholder looked at me with curiosity; his lean form and deeply tanned skin spoke of a much harder life than I could ever imagine. I contemplated how the alter ego of this quiet man might also have been one of the myriad faces in the rioting crowds so beloved of television cameras. Extending a sinewy hand towards a bowl of large green olives, he smiled encouragingly. It was a kind gesture, which I turned down as gracefully as I could by returning the smile, shaking my head and using one of the few words of Arabic I know: shukran, thank you. We moved on and a little further passed a couple of small butchers’ shops where just two or three cuts of meat hung in the open window; one large piece had some entrails dangling from it, perhaps the heart. My thoughts drifted to the conditions under which I imagined livestock were slaughtered in this country.

Suddenly, taking my arm, Hassan, the shorter of the two guards, pulled me aside as a large camouflage army vehicle, some sort of armoured personnel carrier, rumbled past, each of the four wheels on either side almost as high as my waist.

‘Careful!’ he said, looking up at me with a smile.

Sitting atop at the back were two soldiers, silently observing the people around them through their mirror sunglasses, automatic weapons by their side. None of the locals returned the interest: for the shoppers of Baghdad, such sights have become wallpaper. 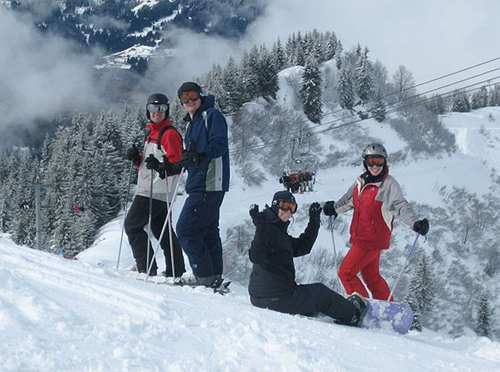 The ultimate holiday: sun vs. ski 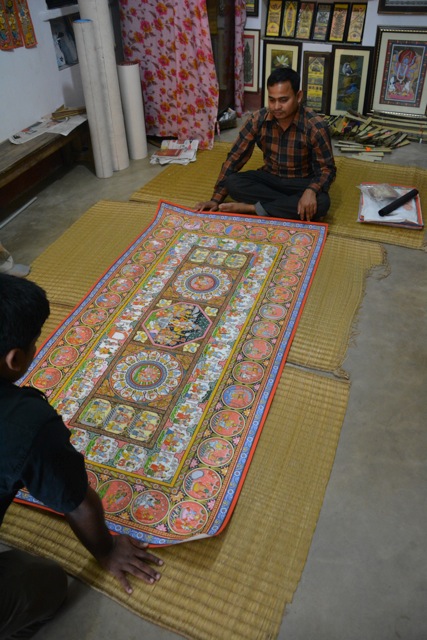 A tiny focus for traditional arts in rural Odisha