During our recent holiday in the Sorrento Peninsula we had an opportunity to explore the doomed cities of Pompeii and Herculaneum, both UNESCO World Heritage sites, and to climb the slumbering volcano, Mt. Vesuvius.

First of all we would visit Pompeii. In fact, the journey itself was an interesting experience. We travelled on the busy commuter train from Sant’Agnello to Pompeii. A few of us were lucky enough to secure a somewhat uncomfortable wooden seat; others had to stand. As everywhere nowadays, security is paramount. We deposited our daypacks in the secured left-luggage shack. Then armed with just our cameras, water bottles and lunch, we passed through the main entry gates at Porta Marina. This name derives from the fact that 2,000 years ago, Pompeii was an elegant aristocratic port city on the water. A short distance away was the Forum, the most important political point in the city. In its heyday this square had a white marble floor and was surrounded by tall elegant limestone columns. Here we met up with Caterina, our local guide.

Caterina explained that Pompeii, originally a small town called Pompe (meaning “trading”), was ruled by the Greeks and then the Romans. At its height, the city had a population of over 20,000. A strong earthquake took place in 62 AD. Then the devastating eruption of Mt. Vesuvius in 79 AD cracked the volcano’s cone and effectively buried Pompeii. About half the inhabitants were killed, many crushed under a deluge of rock, falling dust, ash and pumice. The most recent eruption was in 1944 but, Caterina added, the mountain has grumbled more than 30 times during the last 2,000 years. It was exciting to imagine people’s lives here some two centuries ago. A great deal has been discovered through laborious excavations although much still remains uncovered. We strolled along original roads paved with huge irregularly-shaped flagstones. We could still see the grooves made by the chariot wheels so many years ago. Today the sun was high in the sky so we didn’t need to make use of the raised stepping stones which once facilitated crossing the street during rainstorms. Both at Pompeii and Herculaneum we were able to look down on the ancient ruins. Few rooftops remain. Consequently, we could see the walls of the damaged buildings, the disintegrating brickwork, various archways and countless columns.

Both cities offered cultural, commercial and athletic pursuits. Private residences were generally designed with a central entrance, ornamental plants and fountains in an interior garden, an office, a dining room, often a bathhouse and solarium and an open courtyard surrounded by bedrooms. Frescoes still adorned some of the walls. I could almost envisage a family enjoying a midday meal while reclining languidly on cushions on the floor. This was no Spartan existence. The inhabitants could maintain quite a sophisticated lifestyle. At nighttime ceiling lamps would be lit. Shops, boutiques, fast food outlets and a meat and fish market existed. Worshippers could attend a cathedral or other religious temple. Residents could enjoy pedestrian-only areas. Several water towers existed in the city centre. Friends could gather to chat, gossip and philosophize at public fountains located at street intersections. In Pompeii’s red light district frescoes of erotic scenes graced the walls of the prostitutes’ boudoirs. Perhaps if we had listened more carefully we might have heard the echo of their age-old wolf-like howl to attract the sailors! Separate public bathhouses existed for men and women which were specially constructed to retain heat. Even a 2,000-year-old mosaic floor is still intact. It was here that people came to relax and regenerate after work. If only the baths had still been in operation! This was just what we needed to revitalize our minds and our bodies.

Our other excursion into antiquity took us to Herculaneum and Mt. Vesuvius. Herculaneum, our guide explained, was named in honour of an impressive statue of Hercules which was found in the port’s main hall. Herculaneum suffered a similar fate to Pompeii. However, archeologists believe that Herculaneum was a wealthier, more intellectual and more sophisticated community. Studies indicate that there were several differentiating factors: many of its merchants specialized in the import-export business; the building techniques were more recent; a complex underground sewer system existed, and many private homes contained libraries and featured colourful frescoes depicting mythological scenes. Even the bathhouses were more elaborate. The town’s inhabitants could luxuriate daily in the soothing warm waters surrounded by mosaics, frescoes, marble fountains and carved statues. We’d seen the destruction that Vesuvius had wrought. Now it was time to visit the distinctive “humpbacked” volcano. Even though Vesuvius is just a fraction of its former height and seven kilometers distant, it still looms menacingly over these once-buried cities. From the entrance to Vesuvius National Park, we, and many, many other tourists of all nationalities, climbed 400 meters or so up the steep grayish-brown ash-laden slopes to the rim of the caldera. Just a note of warning: when we visited, there were no washroom facilities available. Ascending steadily, the hike probably took us about 40 minutes. It can be a hot climb so perhaps it was lucky that early morning showers had settled the volcanic dust. Part way up, an alpine guide joined the group. As we peered into the crater, he explained in words and pictures the geological phenomena pertaining to Vesuvius. There were little puffs of steam emanating from the caldera but otherwise all seemed quiet. Even so, the volcano is still considered extre
mely dangerous. By walking a little further around the crater’s rim, we were able to catch a glimpse of the cloud-shrouded Bay of Naples and the densely populated surrounding areas.

As we returned to Sant’Agnello, our minds were overflowing with images of the daily life of these unfortunate citizens whose existence was brought to a sudden and abrupt end two centuries before. We can only hope that no further devastation is caused by this volcano’s unpredictable and volatile nature.

All photos by Dave Grimble. 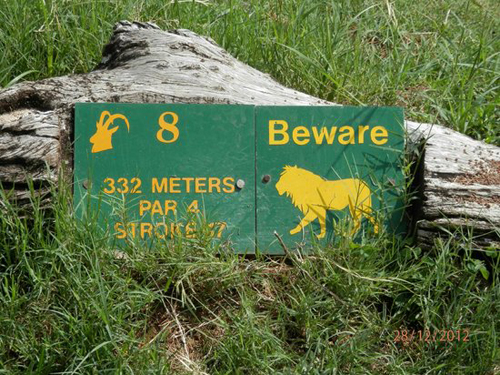 Golf on the edge: the world’s most dangerous courses 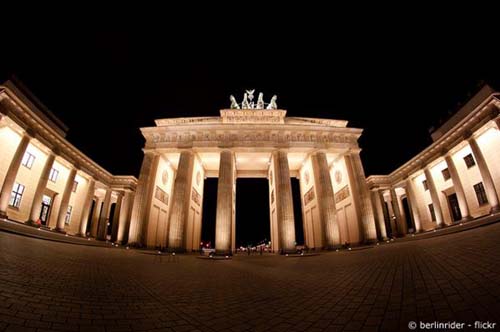 The best sights and activities for a tourist in Berlin