Berlin is a vast city with less than half the population of London and with a very different history and intrigue to the normal tourist destinations. It has a history dating back to the 12th century and it has a thousand watering holes of the night but it’s dominated by its years as a city divided by the East-West division of Europe.

There’s many parks, lakes, museums, galleries and beer gardens but the four main tourist must do’s are the Wall, the Brandenburg Gate, Checkpoint Charlie and the Reichstag.

Contrary to what most people imagine, much of the 28 miles of the Berlin Wall (1961-1989) has been removed, but not all and its presence can still be experienced in the main tourist areas for photo opportunities and other remote parts where the original structure is more intact. Great to say you’ve been to it and photographed stood in front of it.

The Wall was built to stem the tide of migration of people to the West (about 2.5 million people from 1949 to 1961). Two million tons of concrete, 700,000 tons of steel, hundreds of attack dogs, tank traps, tripwires and death strips were deployed.

The appetite of the East German authorities to continue its use diminished and, on the 9th November 1989, their resistance finally crumbled and the crossing points opened.

The Brandenburg Gate, an 18th century neoclassical triumphal arch built in 1791, was previously just inside the Eastern sector and so only directly accessible since 1989, is the last of a number of ‘Gates’ and which became synonymous with German esteem and power, huge and imposing when walking towards and through it. Tourists should visit in the daytime and after dark to see it in all its glory.

Today, the Gate is considered not only a symbol of the tumultuous history of Germany but also of European unity and peace. Checkpoint Charlie was the name given by the Western Allies to the best known crossing point between East and West Berlin during the Cold War, when American and Soviet tanks briefly faced each other in 1961. After Re-Unification in 1989, the crossing became a significant tourist attraction and another photo opportunity with ‘soldiers’.

‘Charlie’ came from the letter ‘C’ in the NATO phonetic alphabet as there was also crossing points Alpha and Bravo. The original guardhouse structure is now in the Allied Museum in Berlin-Zehlendorf and the current one is a replica. There is, however, no watchtower as this was demolished in 2000.

For the purist, near to the site there’s an open-air exhibition of black and white photographs of its grim existence.

The Reichstag building is an historical edifice that housed the German Diet from 1894 when it was opened to 1933, when it was seriously damaged by fire. After World War 2, it fell into disuse and partially refurbished in the 1960s but its full refurbishment was completed only in 1999 when it once again became the meeting place of the German parliament, the Bundestag.

The large glass dome at the top has a 360 degree view of the surrounding Berlin cityscape and from which the main hall of the parliament below can also be seen. A large sun shield tracks the movement of the sun electronically and blocks excessive direct sunlight from entering. The dome is open to visitors by prior registration.

Other places to visit, and a must-see for many, include the Holocaust Memorial, the Jewish Museum, and the 368 metre-high Fernsehturm television tower – the 4th highest free-standing structure in Europe.

The Holocaust Memorial is a ‘field’ of concrete slabs that take up the entire area of a city block, arranged in rows but rising to various heights on uneven ground and which echoes the crowded headstones in Prague’s Old Jewish Cemetery.

The Jewish Museum in Kreuzberg offers an immersive experience of Jewish history, culture, and belief, evoking the confusion and despair of persecution. The effect of the jagged, clashing lines of the main building can leave visitors disorientated and discombobulated but the museum extends beyond the Holocaust and extending back depicting the story of Jews in Europe over the last few thousand years, told through art, film, documentation and numerous interactive exhibits. With such a colossal amount of information to take in, it’s best tackled over a couple of visits. 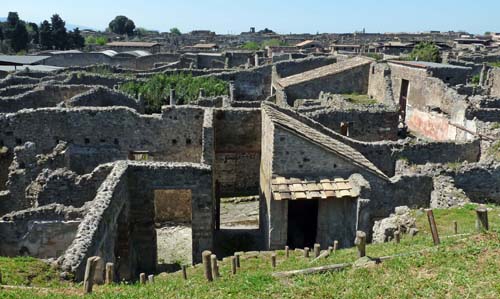 Pompeii and Herculaneum, in the shadows of Vesuvius 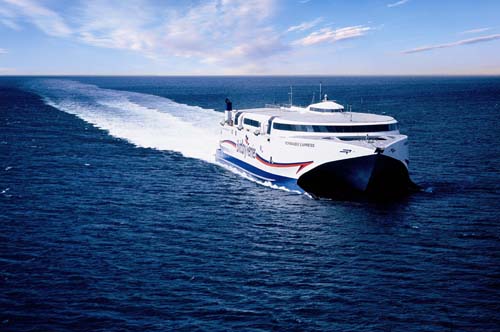 La Tranchardière – a slice of France