When I think of New Brunswick I think of tiny fishing villages in hidden coves, high cliffs overlooking churning waters and lighthouses standing a constant vigil. It turned out that was wrong as the Appalachian Mountains in the north are contrasted by the lowland forests in the south comprising an area of about 29,000 square miles in the 80% forested province. Not sharing the almost total ocean coastlines with its Maritime neighbours, New Brunswick’s settlement patterns and economy were influenced more by their river systems than their seacoasts. I just never looked at it that way before – mountains in New Brunswick?

It was totally overcast by 8AM so with breakfast at our B&B finished we headed out before nine in the hope that we’d be able to see something before the threatened all day rain began. I was sure it would begin as soon as we got to Mount Carleton about 40 kilometres away from our cabin in the woods.

The road in was on the rough side – potholes that would put Newfoundland to shame. Never thought that would be possible but it was a struggle to stay on the road, on the road, hell it was a fight to remain in the vehicle! We had to stop at the park gate to go in and register; something I don’t recall ever doing before. They wanted to know where we were going and how long we’d be, two questions we could not answer with any degree of intelligence or assuredness. It’s only fair though. Now they know where to look for the bodies if we don’t get back on time.

Named after Thomas Carleton, New Brunswick’s first lieutenant governor, Mount Carleton forms part of the Notre Dame Mountains and is the highest peak in our Maritime Provinces at a staggering 820 metres (2,690 feet). Hope I don’t get a nosebleed.

A Mount Carleton Provincial Park website indicates it is found in the province’s northern regions, located in an accessible wilderness, along good paved roads but with no bordering towns or villages. Despite the questionable reference to good paved roads it is this isolation that is a large part of Mount Carleton’s appeal; a challenging mix of Acadian woods and mountain peaks.

It’s not a big mountain, frankly it’s difficult to call it a mountain at all, however, the trail to and from the summit was nothing short of murderous. In the parking lot we put on our hiking boots fighting off mosquitoes with every movement. Giant herds of the little buggers, they were wicked. As we bathed ourselves in Muskol and bug spray we smiled and commented, “At least we don’t need sunscreen.” The trail was just under 10 kilometres return which in and of itself was not too bad but it was a relatively steep grade, probably about 30 degrees on average. That was not the worst of it – the entire trail is composed of large rocks. Not large enough to get a decent secure footing and not small enough to walk on in reasonable comfort but all of them that constant correction, turn your ankle, mid-size.

After about an hour and a half with only two brief pauses to catch our breath and stretch out a bit we arrived at a small cabin meant for just that. A brief pause indeed then it was onward and upward. We met a man on the path, visiting from the States with his daughter and her boyfriend. He seemed to not quite get the fact that this was a very small mountain. He thought he was at about 20,000 feet. Rather than outright call him an idiot I didn’t even point out that the mountain was just over 2,500 feet at the top. We left him smiling; you poor disillusioned soul.

In a very short period of time we hit the final 400 metres of punishing hill trail. Larger rocks formed a pathway about three feet wide on an angle of approximately 45 degrees that terminated in a final climb on huge boulders at a 60 degree pitch. A defined path was pretty well non-existent by now and it was a major struggle just trying to figure out how to get to the plainly visible fire-spotting hut at the top. Blue and green painted rocks were of little help as I climbed trying not to think about the fact that this was going to be a real bitch coming back down, but the hut was there so one must go on. Karen planted her walking stick as we commenced this final stage. I suggested leaving it to mark where the trail was so we could find it to return. I knew damn well we’d never find it again and it was a goner. I hope it serves whoever finds it well – a nice, collapsible walking stick. As we fought our way to the top it was cold, probably around zero degrees, and incredibly windy, gale force at least. The last 100 metres was a major challenge but I didn’t put myself through this and come all this way to fall just short of the summit. Karen said she couldn’t do it so I found a passable route to the top and turned to shout to her that she could make it.

The hut shelter on top was well used, evidenced by the many salutations from previous visitors. I was pleased to see they did not take the form of graffiti and were all happy expressions of accomplishment. That’s Canada, eh? The wind was howling and I found myself hoping the hut would not be blown away as we sat and ate our lunch in the shelter. Isn’t it funny how even the crappiest homemade sandwich resembles a feast fit for a king in these circumstances?

The summit rewarded us with an arguably spectacular view of a number of other peaks in the region and views into Maine and Quebec – two countries, no waiting. Had it not been so windy and cold we would have stayed longer and walked around the top a little more. We may have even spotted our walking stick and figured out where the path down was. Seeing the altitude sign just made things worse. What? That’s all! By now my knees in particular were screaming which was bad news because that was going to be the source of attack all the way back down. Just as we were about to leave the rain started. Somehow it had miraculously held off until now. Actually it was wet snow and sleet at this point. Time to break out the rain gear – fantastic, I’d hate to have lugged it all this way for nothing.

I knew it would be painful and I knew it would only take a couple of hours but somehow that didn’t help. We somewhat accidentally found the trail (even though, as predicted, we never did find our pole [Karen insists she could have retrieved it]) and started our descent over now soaking wet, treacherous rocks.

Each step hurt more and more and we both thought the cabin, which marked about a third of the way back, had been moved while we were at the summit. Soon every joint from my toes to my hips ached – kill me now! I think I have reached a time in my life where I am going to have to adopt Alex Trebek’s philosophy. If I have to walk even a long distance to get from A to B, okay. If I have to climb a big hill to see a beautiful sight, I’ll do it – but to walk for the sake of exercise – not a hope in Hell!

We were prepared to take a short, three kilometre trail to a waterfall but it was still pouring rain so what would be the point? Instead we drove the park road around the lakes and enjoyed the scenery. Back at the B&B it was nine degrees. It wasn’t much fun unloading all our wet clothes and backpack in the still pouring rain. We were soaked – never has a hot shower felt so good. Much more by this author – and a book for sale – on his very own website. 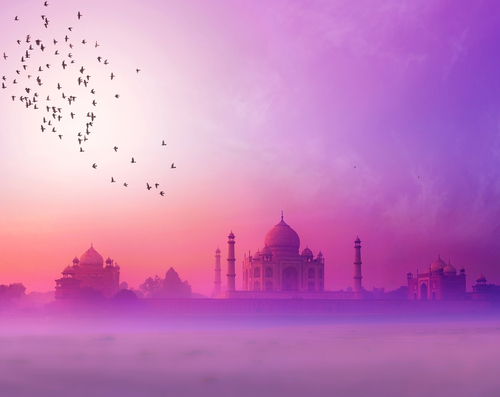 4 perfect places to get the most bang for your buck 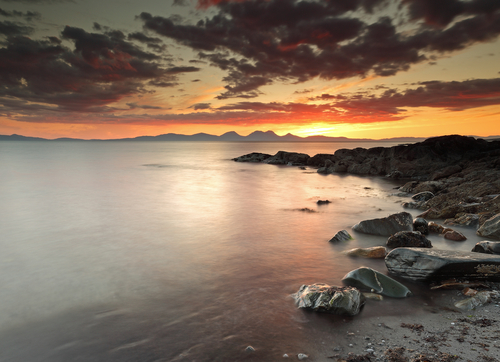 3 super spots for a long weekend in the UK