It was the summer of 2011, and I was headed for Inner Mongolia, China. I’d never ventured outside of Europe before. This was something new.

I set off with a backpack, a phone number and a plane ticket with the word ‘Aeroflot’ stamped across it like a warning – this was the budget Russian airline I’d been warned against for its dodgy rep and unfortunate history.

When I arrived in Beijing, the humidity hit me. But more than that, I felt the poverty. Millions of people crowding onto buses, tubes and bright yellow taxis, filling the streets with vivid sights, smells and sounds. Street food vendors lining the pavements, beggars pleading for custom.

I ventured to the tourist hotspots; Summer Palace, Tiananmen Square, stunning lakes. I was captivated by the glittering, vibrant architecture and yet simultaneously bemused, confused, lost in a sea of people whose culture seemed so far from my own. There were customs and habits that shocked me, dust-filled streets that frightened me, roads so busy and crazy they intimidated me. As I got further into my trip I started to feel that yet more; I travelled with a friend on an 11-hour train up to Hohhot, the capital of Inner Mongolia in Northern China – a city unaccustomed to western tourism, where communicating and navigating a new culture was hard. We ventured out to the Gobi desert and stumbled upon an adventure park aimed at Chinese tourists after a Mongolian experience. It was an incredible day; we rode camels, raced down sand dunes, basked in the freedom of open space, of endless, natural golden sand billowing into the distance. The notion of city life from there seemed incomprehensible, the idea of a rush hour in London a delusion – could this life be happening every day, and still now, at this very moment?

I continued the journey. The following day we travelled deep into the heart of inner Mongolian grasslands to a Yurt camp. As the only westerners there we were treated differently; everywhere we went, gasps of surprise, photos, glances. At times it was flattering, the kindness and admiration of the locals inspiring. At other times, walking through the streets of Hohhot at night, it was eerie, almost lonely, and more than that it was sad – sad to think one culture could be so in awe of ours, with all its faults. We walked into a bar one night and it was as if everything momentarily froze; I still remember the looks that penetrated us, made us feel ill-at-ease, and we walked out again. We walked into a restaurant and the waitress giggled nervously, asking for our contact details, an email address, a way of connecting to a Western world that seemed so far away to her, so inconceivable and unreachable. At that moment I too struggled to believe in it, struggled to imagine how many different things could be going on at any one moment in time, how many different worlds could be within one world. We went horseback riding through the grasslands, penetrating an empty, vast space that seemed so calm, so far away from anything, so different and undiscovered. As my horse began trotting off into the distance, controlled by a mind of its own in the face of which my own words were voiced in vain, I screamed, frightened, but I also revelled in the power of nature, of wildlife left to its own devices.

That night we shared a traditional Mongolian dinner at a big round table; again we were treated differently, the only two guests to be given blue rather than white scarves – simply for coming from the Western world – and, though flattering, something about it seemed wrong. We danced around the campfire and were welcomed with excitement, put out there as a spectacle as if separate from the rest. Again, that feeling saddened me. The city of Hohhot itself was like nothing I’d ever seen before – buildings lit up with fluorescent lights, a mini Vegas without the gambling houses, without the wealth. It was a culture of East meets West, a cinema complex against a backdrop of immense poverty, homeless people with harrowing deformities lining the pavements that bordered onto a modern-looking, empty Zara.

Xian, by comparison, was lively, knowable, filled with hostels, tourists, backpackers. The terra cotta army was of course immense, as inconceivable as those other worlds. But when we cycled around the battlements – although the architecture was impressive and the history was intriguing – I felt that we could have been anywhere. Hohhot was different. It was undiscovered.

We left Xian for the airport, ready to make our way to Shanghai; but our flight had been cancelled due to a typhoon and we ended up on a 20 hour train. Exhausted, sitting on the crammed-in seat without moving for 20 hours straight, I cried. Looking back on that now it seems ridiculous, an overreaction, but at the time it seemed natural. For the first time I just felt too far away from home, too far away from the people and culture I knew, the customs I’d grown up to assume were common across the world. I was learning that things weren’t the same everywhere you went. And that discovering that, and growing from it, is what travelling is all about. As we finally arrived back to base I felt like I’d returned home – by now I knew Beijing, knew other people there, knew there was some security, commonness, and suddenly the loneliness was gone.

I left Beijing a few days later filled with complete ambivalence and confusion. That trip was, in a way, life-changing – it was the first time I opened my mind to different ways of life and saw that the world didn’t revolve around the same preoccupations we have back here. I discovered a place away from anything I’d known before, I’d stayed somewhere without any links to back home, and I’d found it lonely. But looking back on it, it was inspiring, comforting, in a way, to see that things can be so different, and that what we have back here isn’t the right path but just one among many – so many that sadly most of us will never even conceive of them, let alone discover, see, or comprehend, them.

Map courtesy of shutterstock: other pics by Laura French. More by this author on her very excellent website. 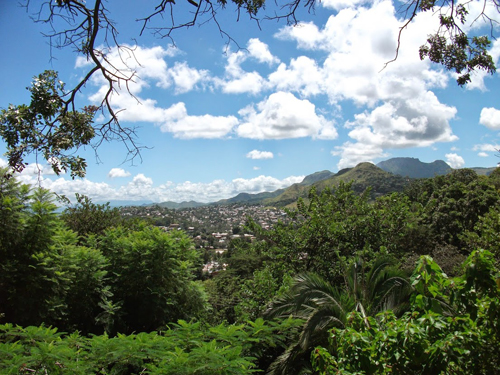 Some quiet advice for travellers in Africa 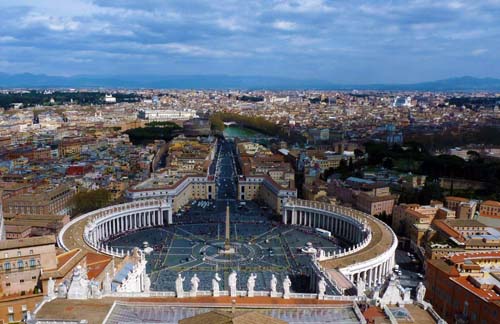 Walking pace is the fastest way to appreciate Rome’s highlights