Last October we flew to the State of Mississippi in the southern United States. We were excited to join a guided bike tour to pedal 100 miles or so of the southernmost portion of the Natchez Trace Parkway. This scenic byway has been named one of America’s 10 best bicycle routes. From start to finish it extends 444 miles from Tennessee to Mississippi connecting north to south. The parkway was first conceived in 1938, but remained unfinished until 2005.

On a warm, sunny day we met our guides, Benton and Shane, together with eight fellow cyclists at the Fairview Inn, a 1908 Colonial revival mansion, in Jackson, the State’s capital. On this first afternoon, we were introduced to our Trek rental bikes. Wow! This is the perfect road bike for me. My husband, too, was satisfied with his hybrid version. We took a trial spin around the block. Perfect. Guide Benton gave us an overview of the trip and mentioned a few historical tidbits about the Deep South before dinner that evening. It was a typical southern-style dinner … seafood gumbo, shrimp and grits and for dessert pecan pie. Now everyone’s well fueled up. A good night’s sleep and the group will be ready to ride. Locally, the Natchez Trace Parkway is called “The Trace”. A more descriptive name is the “Devil’s Backbone”. Eons ago it was a faint animal trail through the forest perhaps first trodden by prehistoric animals. Early Native Americans followed in their footsteps. Later slaves escaping their cruel masters, troops going into battle and “boatmen” returning from markets in Natchez on the shores of the mighty Mississippi River further defined the route. For folk venturing north with gold in their pockets, taking this track was a chancy business. “Land pirates” haunted The Trace in the 18th century. Gangsters robbed the merchants of their hard-earned money and terrorized travelers. Luckily for us, no such treacheries exist nowadays. And cyclists are more than happy that commercial traffic is banned, cars are infrequent and the top speed is limited to 50 mph.

Our first day of riding started just outside Jackson at the abandoned village of Rocky Springs. Only the Methodist church and a small graveyard survive today. In the mid-1800s, it was a vital community with over 2,500 inhabitants and several thriving cotton plantations worked by 2,000 slaves. As we sped along the gently undulating road the miles dissolved beneath our wheels. It was a picturesque ride. Live oak, long-needled pine, beech and towering magnolia trees draped in dangling skeins of Spanish moss bordered the roadway. We passed ploughed fields, sluggish bayous and ancient Indian mounds. At an historical plaque marking the Sunken Trace, we veered off the parkway. There, several feet below the existing street level, crisscrossed with fallen timbers and shaded by leafy trees, we came across a short section of the old path.

We pedalled onward to Port Gibson, Mississippi’s third oldest settlement. Here we paused for a welcome lunch break. During the American Civil War of 1861-5, the Battle of Port Gibson was fought between the Union Army led by Ulysses Grant and Confederate forces. Thankfully, Major Grant believed the city “too beautiful to burn”. As a result many buildings of historic significance survived. A roller-coaster ride brought us to the Windsor Ruins, the site of a large three-storey 25-room mansion completed in the 1890s on 2,600 acres. Destroyed by fire three years later, only 23 of the 29 towering fluted columns, each decorated with ornamental ironwork, preserve the memory of this elegant structure. And there we ended the day’s ride. It was into the support van for both bikes and cyclists for the short drive to Vicksburg. Here we stayed at the Anchuca Historic Mansion and Inn, an imposing antebellum home, built in the 1830s. During the 47-day Siege of Vicksburg in 1863, it operated as a field hospital. A charming room in the former slave quarters was our base for two nights. Founded on high bluffs, Vicksburg is a natural fortress guarding the Mississippi waterway. Both Union President Abraham Lincoln and Confederate President Jefferson Davis realized that control of this river was their key to victory. Prior to the Civil War, Mississippi was one of seven slave states that formed the Confederate States of America. It was this war that determined the values of the United States. It cost more than 625,000 lives. Eventual victory by the Union soldiers ensured that the country would remain one nation.

The 1,800 acre Vicksburg National Military Park was established by Congress in 1899 to honour the fallen souls of both armies. Above the cemetery’s main entrance gate is the inscription: Here Rest in Peace 16,600 citizens Who Died for their Country in the Years 1861 65. The short sharp inclines of the Park road offered quite a challenge for us cyclists. It was definitely granny gears to the fore. At the top of many an incline, we were happy to jump off our bikes. There was always an excuse. There are numerous statutes, memorials, defense fortifications and gun emplacements to visit. In total 31 states are represented. At the Wisconsin Monument, a Yankee stands next to his dying horse, ready to blow away the Rebel who shot him; there is a memorial for each of the 39 units in Ohio that participated in the Siege of Vicksburg; the Illinois State Monument is modeled after Rome’s Pantheon. Each of its 47 steps represents a single day in the Siege. We also stopped at the Shirley House, the only private residence to survive the battle. Here a soldier was ordered to set fire to its outlying barns and outhouses. Fortunately for the terrified occupants, he was shot before the house itself could be destroyed. Lunchtime found us at the museum that houses the restored Union ironclad gunboat, the USS Cairo. During the Civil War it had been sunk in 36 feet of water. In the 1960s it was dredged up from the Yazoo River and painstakingly restored.

Also worth a visit is the historic Old Court House Museum in Vicksburg. It was built by slave labour in the 1800s for $80,000. From its grounds, three of America’s Presidents addressed the nation. Somewhere in its walls can even be found bullet holes fired from the guns of Union soldiers. Artifacts on display include Civil War flags, the blue and grey uniforms of the Confederate soldiers, Union cannons, shells and bullets. Next day we rejoined The Trace in Port Gibson. On display at the renovated town hall was a collection of black and white photos. These images of life in the community over 100 years ago were snapped by a local talented African-American photographer. They provided a fascinating window into a world largely unknown to us. We pedaled onwards to the Mount Locust Inn and Plantation. This is a major landmark on The Trace and one of the oldest buildings in Mississippi. The Inn or “stand” once provided shelter to tired travelers from all walks of life. In 1780, food and lodging could be acquired for a mere $0.25 a night. Mount Locust has been restored and furnished to mirror a typical 1820s-style plantation home. Its window-frames and shutters have once again been painted a bright blue. “Grandma Polly’s” family lived here for over 150 years. She raised 11 children on the property and efficiently ran the farm and plantation. I walked along a well worn shaded pathway, past the slave bell to reflect awhile at the family cemetery. Back in the saddle once more, we headed for Natchez, our final destination. One by one our group wheeled into the Dunleith Historic Inn, a stunning example of an antebellum mansion. This definitive style of architecture was popular in the Old South from about 1775-1865. Soon, showered and feeling refreshed, we gathered around the fountain in the courtyard for a celebratory glass of wine. Just before sunset we piled into the support van for the last time. Benton gave us a whistle-stop tour of the City which is situated on a bluff high above Ol’ Man River. In its heyday, when cotton was king, Natchez was the State’s capital and boasted more millionaires than New York. From the gazebo in Bluff Park we watched as the sun slowly sank beneath the horizon. What a glorious scene to remember! This was the Upper Town or Natchez Proper. Down below on the banks of the river is Natchez-Under-the-Hill or Natchez Improper where The Trace had its origins. No longer, a dissolute area haunted by gamblers, highwaymen, pirates and prostitutes, the area boasts several fine restaurants and chic accommodation. At a nearby café, we each ordered a mint julep, the quintessential cocktail of the American South. It is a refreshing concoction which slowly disappeared, sip by delicious sip, as we gazed out over the Mighty Mississippi which just kept rollin’ along. Tonight we must bid our trusty bikes and new friends a fond farewell. En route, we tasted traditional foods, enjoyed southern hospitality, learned a little early American history, admired distinctive antebellum architecture and collected abundant memories. It was a leisurely journey through time and nature. “Two Thumbs Up” to our ever-patient tour guides and to the cyclists who completed this classic ride along the Natchez Trace. 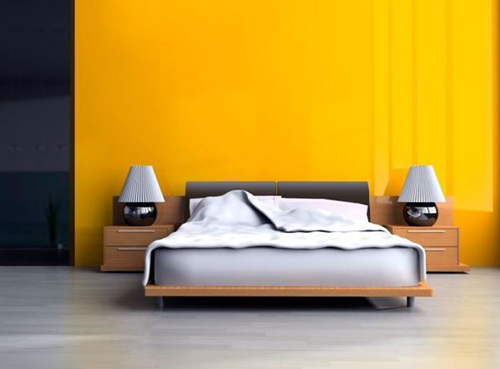 Five tips for chartering a superyacht