It was high on my list of ‘musts’ as I toured that country in October 2015.

The nearby town of Nyaung Shwe seemed to be the ideal departure point, as from its quay, a 50 or so, yard wide channel runs south to join the lake.

There were three of us. The boatman, my guide and interpreter (Lin) and yours truly. The boat…well more like an enlarged dug-out canoe some 6 metres long, which sported a large diesel engine mounted on bearers at the stern with an extended propellor shaft (similar to Thailand’s long-tail boats).

There were two boards mounted crossways, spaced at equal thirds of the boat’s length…these were our seats.

I stepped aboard at around 9.30am, sat facing forward, my guide on the ‘seat’ behind and off we went, our speed about 6 knots, enough for the breeze in our faces to cool us and to cover the few kilometres to the lake. The scenery on either side was pretty uninteresting with views severely restricted due to the channel’s high banks.

But! Once emerging into the lake the vista emerging was stunning. Five kilometres away on either side ranged craggy mountains stretching north/south into infinity. They were topped with white, fluffy clouds, above which and stretching over our heads, an azure blue sky completed the picture.

Well, not quite, because that scene was reflecting on the mirror-like surface of the lake, the only water movement being the gentle ripples emanating from our prow. Truly magical. My camera went into action.

With a wide brimmed hat pulled low, wraparound sunglasses firmly in place and multiple layers of suncream plastered on all exposed skin, I soaked-in the images as we chugged along…amazed when passing close to Burmese fishermen uniquely paddling their craft with one leg affixed to a single oar as they tended their nets and wicker baskets with their free hands…the rafts of floating reed beds, lotus flowers nestling on the surface and the cormorants taking off whenever we approached.

I hadn’t realised that three hours had passed until my guide disturbed my reverie. “We go there for eating,” he said, pointing to a large timber built structure seemingly perched atop a series of posts sticking out of the lake’s surface.

I passed a pleasant hour eating freshly caught barbecued fish, sipping chilled beer, chatting with a couple of Belgian girls on a backpacking holiday, putting a myriad of questions to my guide about the local area and its people (and getting answers) before it was time to rejoin, Sai, (the name our boatman suggested I call him) and head further south.

Another hour went by and the boat was steered towards an entire village built on stilts. We moored against a small concrete jetty. That was certainly unexpected. However, Lin explained that the village was mostly made-up of interrelated families who made their living by weaving and selling to mainland wholesalers and tourist visitors, so they had grouped together and had a more permanent jetty built. Well, I had visited many weaving establishments in South East Asia, so wasn’t over excited at the prospect of yet another.

Then came the surprise of my life.

I watched in amazement as a young woman took a length of lotus flower stem about half a metre long, lay it on a piece of well worn wood, slit it open at one end, pressed her forefinger inside and downwards and with her other hand pulled the stem away. Dipping her other forefinger into water, she stroked what now lay along the wood a number of times. It was only then that the secret was revealed…multiple lines of silky threads the diameter of human hair. This was the first phase of the weaving process.

Other family members, spun, coiled, attached, dyed and wove unbelievable patterns with a variety of handmade wooden looms, spools and contraptions that I had never seen before. There was enough light penetrating the building’s reed roof and bamboo walls for me to film, which is now edited, copied and preserved in my library.

In a state of wonderment and having been intrigued at witnessing such skill, I bought a few pieces, said my goodbyes and wove (now there’s an apt word) my way along the uneven planked walkways back to our boat. Sai readied himself as Lin and I approached. Holding the camera’s pistol grip in my left hand, I lowered my left sandalled-fitted foot onto the boat’s narrow gunwale and began lifting my right leg to do the same. Then it happened!

My left foot shot off the slippery gunwale, and I was flung backwards. Instinct took over and I threw my right arm behind me in an attempt to protect my head. My arm smacked against the edge of the jetty. With my backside perched precariously, I felt hands grab my shirt and left arm. They pulled me to safety. I lay flat on my back, camera held high and wincing with the pain.

When fully aware of what had happened, I, with Lin’s help, sat upright and took a look at my right forearm. Of course it was running with blood as expected, so with a handkerchief, swabbed some away from the wound. That action revealed a chunk of flesh about the size of an Oxo cube hanging by a thread of skin, under which I could see bone.

Motioning for my small haversack, Lin brought it to me. It was time for some basic first aid. I fitted the lump of flesh into place, soaked a folded piece of lint in hand-wash liquid and with a strip of Elastoplast, stuck them over the area. Only when being helped into the boat did I realise that the wound was minor compared to the pain that now began to surge through my right shoulder. I knew then, that I had torn the muscle which lay under the scapula.

The decision to return to base was unanimous.

With many more revolutions, the old diesel engine roared and the boat shuddered as we headed back to Nyaung Shwe, Lin and I seated as before, me very conscious of the possible effects my fall may have caused as to my onward plans to tour the country.

‘Ah, well’, I mused, ‘accidents can happen and tomorrow is another day’. The word ‘tomorrow’ was to feature prominently an hour later.

We were rattling north at a fair rate of knots when without warning, the sun mysteriously disappeared behind a sky now becoming covered in grey clouds. Minutes later, they turned a much darker colour and a strong wind began blowing from our starboard side.

As it grew in intensity, it brought rain. Not just ordinary rain, but tropical, vicious sheets of rain, rain containing laser-like beads, each of which hit us as if they had just been released from a deep freezer. We were being well and truly pummelled.

The sky turned black. Forked lightning cracked down on and over the mountain range to our right. Thunder with maximum decibels exploded all around us and the wind strengthened further. Sai could not keep the boat on course and when I craned my head backwards, the look on his face was enough to tell me that we were in trouble.

Doing his best, he held the long wooden tiller close to his body as he fought the wind and now half metre high waves, which were whacking the boat’s side and spilling over the gunwales. Because we were miles from either side of the lake with no hope of reaching land, he had little option but to allow the boat to head toward a large raft of floating reeds away to our left.

Reaching it, the boat’s left side was held fast and tilting. Sai cut the engine and shouted instructions to Lin. “We to get off seat and sit in bottom of boat,” he translated. We both complied. I shoved the camera in my haversack and hunched over it, trying my best to lower the centre of gravity and hopefully prevent a capsize. My watch read one minute to three.

Speech was impossible as the wind and rain blasted us. About two inches of water lay in the bilge and my backside was starting to numb. I ventured a look behind to see both my companions hunkered down, Lin shaking uncontrollably with cold, his eyes wide and fearful but Sai seemingly composed and accepting what nature was throwing at us.

Unconsciously, my mind began relaying some past memories…my first sortie in the Malayan jungle as a platoon sergeant during the 1950’s conflict with the Chinese communists…the time when I looked out of an aircraft’s window to see one of its engines ablaze…when, on reaching 40 feet from the ground on my first parachute jump, the chute collapsing and me hitting Earth like a stone…and running out of air when scuba diving at 70 feet off the coast of Cyprus.

Busy contemplating what would happen next, I felt the wind was decreasing in intensity, although the rain, thunder and lightening was incessant. Turning once more to see Sai baling water over the side with a plastic bottle, our eyes met. We continued to stare at each other for some seconds. I nodded, pointed to the north and mimicked the action of pulling the hand cord to start the engine. He must also have sensed the lessening wind because he nodded back and after three unsuccessful attempts, the engine finally coughed and spluttered into life. With what I thought was at maximum throttle, the boat inched itself forward and to starboard and we pulled away from the reed bed.

By 4.15pm we exited the lake and into the semi-sheltered channel. Sai cut the revs. Lin was still shivering and silent.

Perhaps twenty or more locals were gathered on the quayside as we drifted to a stop. A number of them rushed to help us out and onto land – not dry land as it was still raining. One signalled me to a car and after talking quickly to Lin, gestured for me to get in. I was about to until something inside of me made me return to the boat and offer my hand to Sai. He took it. We shook slowly and without vigour, each of our facial expressions understood.

Back at the hotel, I stood under a hot shower for what seemed like forever – but only after I had dried and inspected my camera.

The next morning, the manager and I discussed the events and I learned that all other tourist boats on the lake had been forced to divert and disgorge their passengers to some close by villages where they spent the night sheltering from the storm.

To end this account, can I urge everyone who wants to enjoy and be thrilled by a day on Inle lake, to ‘Google’ a reliable weather forecast first.

Where to stay for this year’s Cheltenham Festival 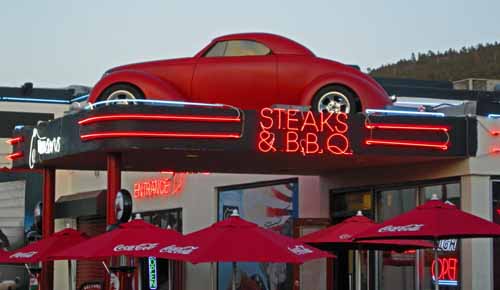