“Mama, when are we going to get to Jerusalem?” my youngest sibling asked in Arabic, tugging my mother’s sleeve.

“In a little bit, baby. Just a little more waiting,” my mother replied, staring ahead, a knot formed between her eyebrows. When her eyebrows relaxed, the sweat formed there began to fall, and as though a subconscious reflex, I raised my hand to my forehead to wipe away my own. Through the dark shades of my sunglasses, I saw the same frustration that was mirrored on faces ahead of us in line and behind us. Was she thinking of the road trip she sometimes reminisces about, when her and her sisters went to Jerusalem in their own car? That was twenty-five years ago, and the trip that once took minutes in one’s own automobile now takes hours as we move from taxi through checkpoint to bus.

The line we were standing in was not getting any shorter, and people weren’t getting any calmer. However, the sound of a young man singing broke through our thoughts and feelings of helplessness and exhaustion. I looked over my shoulder past the people that were behind me and noticed a lean, teenage boy with tanned skin and gelled black hair.

“Be quiet, or I’ll send you back!” A deep voice from the intercom screeched.

The soldier speaking had his legs propped up onto the desk with a rifle-like weapon nested on his chest inside the watch room across from the line we stood in. He looked like he was only a few years older than the teenage boy, his face soft and clear.

The watch room door squeaked and a man with a round belly of obvious high status due to his attire walked out of the watch room, and his blue eyes began to scan each and every person in line, his eyes locking with those who dared to stare back.

The soldier began to yell something. The general raised a threatening finger at the teenage boy who was now drumming on the metal bars. Repulsed by my surroundings, I heard the drumming slowly die out as the boy mumbled his way out of line and out of sight.

The line moved as slow as the clock seemed to tick. We had already been out of the house for an hour – and get this: our house isn’t even half an hour away! The line was not one that you could step out of and slither away. The metal bars the teenage boy was drumming on, rusting and only wide enough to stick an arm or leg, surrounded our sides. The space we stood in only allowed room for one adult at a time. When I raised my head to let a desperate sigh out, I noticed the barbed wire swirled on the top. I gazed through the metal bars into the watch room that was only a few feet away. The soldier sitting in a chair with his legs propped up on the desk was still there, and here I was – along with a few others ahead of me and many others behind me- in a human-sized birdcage trying to get to the next city, Jerusalem.

To the contrary of any excuses made in the name of providing security and stability, the reason many of us were in this human-sized “birdcage” was because of the differentiation between occupiers and occupied. However, with a visa pressed to the check-in window, skeptical looks by the soldier between the piece of paper and the face belonging to the hand holding it, and a few clicks on a keyboard eventually give that insolent, degrading “Go!”

A breeze blew past us once my family and I were past the Qalandia checkpoint as if to accompany the aura of relief we felt.

“Is this Jerusalem?” my youngest sibling asked.

“No, not yet. The bus will take us,” I replied smiling at how her innocence about such things mirrored the cluelessness I once had.

I took a seat in the bus and watched it fill up. A woman with three small children came on. A few workers followed her. Young adults and more families followed them. The last person to get on the bus was an old man with a black and white checkered koffieyah on his head, mumbling a few prayers cursing the gruesome reality of colonization.

We passed the checkpoint, the others waiting, and the teenage boy drumming on the metal bars of the birdcage behind. Some hundred miles away lay the holy city of Jerusalem, joining the faiths of Islam, Judaism, and Christianity and thousands of years of history embodied in the city’s walls, churches, mosques, synagogues, and remodeled hotels. I anticipated the smell of falafel and fresh bread as we arrive Damascus Gate. The bus drove along, but one element that moved with us was the gray wall, filled with Palestinian graffiti depicting their anger towards the occupation and hope for freedom, that is planned to run seven-hundred kilometers, laughing in our faces as if to say, “And here you almost thought you were out of the birdcage.”

Free-fall adventure off the Queensland coast 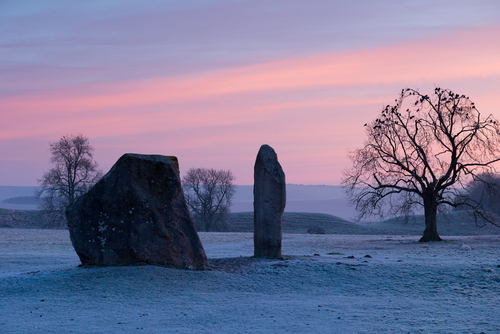 Attractions to enjoy on your UK trip