Greater Syria suffered greatly during the First World War, around 18 per cent of its population losing their lives. Syrian lives were further disrupted by the imposition of French rule after the war. The French claimed to be acting to protect Christian communities in the Levant, amongst whom were the Catholic Maronites of Mount Lebanon. Of course, this religious aspect to French hegemony only served to increase the hatred of Muslims for the French. France claimed to have a stake in the region, having invested heavily in the infrastructure and in commerce during the last years of Ottoman rule. They were also, of course, in competition with Britain in the Middle East and there were those in France who believed that the country could never be considered a real power in the Mediterranean unless it had a possession in the Levant. Thus, they undertook a military operation to end Faisal’s brief reign and obtained the permission of the League of Nations for a Mandate.

The French guarded their power jealously in Syria, neglecting to prepare the country for independence as the Mandate demanded, and encouraging discord between the various religious, ethnic and regional groupings within the country so that no one group could take power. They began by creating Greater Lebanon in 1920, adding the coastal cities of Beirut, Sidon, Tyre and Tripoli to Mount Lebanon. The fertile Beqaa Valley was transferred from Syria into Lebanon to the benefit of the Maronite Christians, the largest religious grouping within the newly expanded Lebanon. The areas moved into Lebanon, apart from Beirut, were largely Muslim and these people objected to becoming part of a region dominated by Christians. To further impede the development of a cultural and national identity for Syria, France divided it into political units. In 1922 the two minority groups, the Alawites and the Druze were each given a separate state. They would remain separate from Syria until 1942. In 1924, Damascus and Aleppo were amalgamated into the State of Syria which also contained the large cities of Homs and Hama. Thus, the Alawites and Druze were cut off from the nation’s politics, and the French ensured that Syrian political life would be dominated by the wealthy and conservative Sunni Muslims of the cities. This would create great problems in the future.

On the whole, the local people were unable to gain political and administrative experience. The French occupied all the important positions in the government bureaucracy, and where Syrians held positions of responsibility, a French official always retained the veto over their decisions. One way for social and religious groups other than the Sunni elite to become upwardly mobile was by joining the army’s officer corps. The Sunnis looked upon the idea of a military career with disdain, thus leaving the way open to others, and when Syria finally gained independence in 1946, the army, populated with officers from minority groups, challenged the Sunni dominance of Syrian political life.

Resistance to the French Mandate erupted into full-blown rebellion in July 1925. In October, the French subjected Damascus to a two-day aerial and artillery bombardment that took the lives of around 1,400 civilians and it was only in 1927, following the arrival of huge contingents of reinforcements, that they were able to subdue the rebels. Although 6,000 Syrians and many of their own troops died and the financial cost was huge, the French would not be diverted from their plans for the control of Syria.

Syrian leaders formed the National Bloc, an organisation that would become the focus of independence aspirations throughout the rest of the Mandate. Its founders were from the region’s Ottoman past who had done well then and operated in the same way now. They espoused the anti-French feelings of the urban Syrians but at the same time they had to adopt a policy of cooperation with the French, convincing them that they could manage the aspirations of the people. They were naturally conservative and really sought to preserve the status quo and, therefore, their wealth and power. Seeing them as intermediaries with those they were governing, the French decided to work with them to avoid problems such as the ones they had experienced from 1925 to 1927.

In 1929, a constitution was drawn up by an elected assembly but the French rejected it, imposing their own version the following year. It simply reasserted the Mandate and, for the next six years, the decisions of Syrian prime ministers, presidents and legislature were rendered futile by the French power of veto on all legislation. In 1936, however, when Léon Blum (1872-1950) came to power in France at the head of a Popular Front coalition, it was hoped that things might change. At first, all seemed to be going well and a treaty was drafted that would have seen Syria admitted to the League of Nations, the key to independence. But in 1937, Blum’s coalition fell apart and the French parliament refused to ratify the treaty. In 1939, the French High Commissioner suspended the Syrian constitution and dissolved parliament. He also made the Alawite and Druze states independent once again and upset the Syrians even more by handing the Alexandretta region (modernday Iskenderun) over to Turkey. The National Bloc was seriously discredited by its lack of success and the Mandate remained firmly in place after twenty years. Syria was a long way, it seemed, from independence and the French were contributing to a terrible legacy of political instability in the country.

Greater Lebanon was created by the French with the sole purpose of ensuring that the Maronite Christians did not end up in a Syrian Muslim state. Thus, in Lebanon they were the single biggest religious grouping although they only represented about 30 per cent of the entire population of the new state. The Christians, naturally, tended to want to turn their backs on the Arab world and look more towards France and Europe, while the Sunni Muslims thought otherwise. It was a volatile situation exacerbated by the geographical spread of the various religious communities across the country. Added to this was the religious diversity of the local notables who worked on behalf of their clients – sharing the same religion – and against other religious groups. These opposing interests made governing Lebanon particularly difficult.

Nonetheless, because it was more accommodating to the Mandate than Syria, on account of its Francophile Maronite community, the path to independence was much easier. A Lebanese republic was created in 1926 with a constitution that offered a single chamber of deputies based on religious representation and a president elected by the chamber. He had wide-ranging powers including that of choosing the prime minister and the cabinet. The Mandate remained in place, however, and foreign and military matters remained in French hands, the High Commissioner retaining the right to suspend parliament and the constitution. This right was exercised on two occasions – between 1932 and 1934 and in 1939. French advisers continued to exercise a great deal of authority even over domestic matters.

In 1936, France and Lebanon agreed a treaty similar to the one France had signed with Syria that same year. It guaranteed ‘the fair representation of all the country’s sects in the government and high administration’. Maronite politician Émile Eddé (1883-1949) was elected president but adroitly selected a Muslim, Khayr al-Din al-Ahdab (1894-1941), as prime minister. It was the beginning of a custom in Lebanese politics that lasted until the late 1980s – the president would be a Maronite Christian and the prime minister would be a Sunni Muslim. It was an act that finally reconciled Muslims to the notion of a greater Syria and, although tensions remained, it showed how this nation of such religious diversity could be governed.

But independence still did not arrive. The 1936 treaty was not ratified by the French parliament and, come the Second World War, the High Commissioner suspended the constitution and dissolved parliament once again.

Extracted from Gordon Kerr’s thoroughly rewarding A Short History of the Middle East. It adds to a range of his books that give a historical perspective to various world regions. 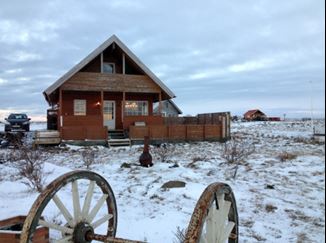 Fire, ice, northern lights and trolls: all aboard for Iceland 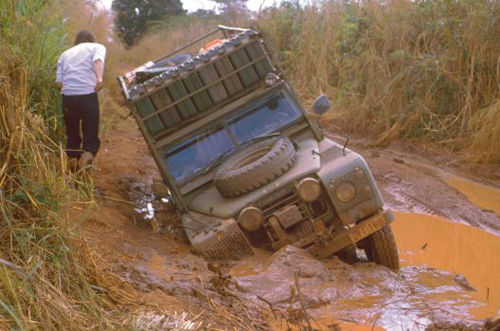 A truck to the rescue when bogged in Zaire