Salta may once have been “the beautiful,” but its repute had since become a mockery. Concrete poles hoisted a skein of cables through cluttered neon signs, botched edifices and derelict worksites bullied colonial architecture, which once was the city’s glory. Cowed by the onslaught, beauty had retreated to a flowered courtyard glimpsed through a half-open door, to a spire untouched above the chaos. Even the carefully angled postcard shots had a sort of shabbiness about them.

In the Plaza 9 de Julio urchins swallowed glasses of water and leftovers abandoned on café terraces. Others sold newspapers, buffed leather, or drowsed on corners. Hopeless old men hawked salted peanuts or worthless trinkets. A long queue of weary pensioners curled through the plaza arcade. Pension payments were months in arrears; the government had already spent the funds. Instead, local authorities handed out bonos, bonds useless outside the province. These were now being recalled: real money was to be dispensed. Thirty years of public service was valued at one hundred and fifty pesos a month – enough perhaps to pay a family’s food bills for three weeks. The northwest is the forgotten part of Argentina, unheeded in government offices in Buenos Aires, ignored by most Argentines. As I travelled through, cholera was wreaking havoc to the north, astride the Bolivian border. In wretched riverine settlements a nameless people were eating choleraic fish and dying. Fifteen hundred kilometres away the inhabitants of Buenos Aires were boiling tap water and scanning their newspapers: “The cholera will reach the capital in thirty-five days.”

‘The cholera has been a catastrophe for tourism,’ the creole at the bus station in Salta told me. He was incensed. ‘The people from Buenos Aires, the porteños, don’t understand. They won’t come because they think the whole province is affected. It isn’t. It’s just some indígenas who have cholera.’

Five centuries on, neglect and indifference have replaced the colonizer’s sword. The indígenas, the Indians, seem not to count. They still live outside the stream of national events. Changes of government have little real impact on their lives. Jorge Luis Borges used to say that Argentines were exiles in their own country, but his was a porteño world of European origins. The true exiles are the Indians. 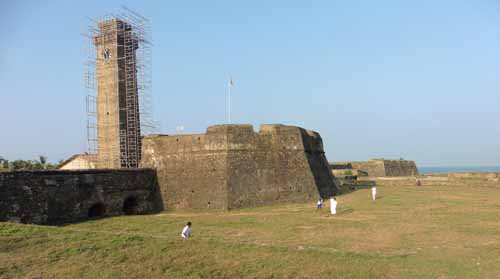