For half a year I drove around the country looking at older yachts in obscure coastal corners, examining the detritus of a thousand dreams. Gradually the choices narrowed until I knew exactly what I wanted: a triple-keeled Achilles 24. This was the design that came closest to a slightly scaled-up Corribee; a bigger and more robust Mingming. Fine-lined and with low freeboard, it was designed by Oliver Lee of Burnham-on- Crouch, and was therefore related to the redoubtable Squib racing keelboat. I talked to many past and present Achilles owners; every one of them praised its sailing abilities. About six hundred were built, and well built too. Chris Butler, who produced the yachts in his South Wales factory, had won his class in the Observer Singlehanded Transatlantic Race. As the starting point for creating Mingming II, the Achilles seemed ideal. I found the one I wanted tucked away in a broker’s yard in Neyland, South Wales. At first glance it was in a disastrous state, with its rotting rubbing strake, bilges full of water, filthy and chaotic interior, worn-out fittings and corroded electrics. The hull and deck were sound, though, and that was all that mattered. Given that I was going to tear the boat apart, there was no point paying for a smart interior or fancy gadgetry.

By February 2012 I had the new boat back at my base at Rice and Cole’s yard at Burnham-on-Crouch, lined up alongside Mingming. Although she was just three feet longer overall – 23’ 9” as opposed to Mingming’s 20’ 9” – she seemed enormous by comparison. At this stage too there was little to suggest sisterly likeness, apart from some similarity in their lines. Over the next two years that was to change.

I quickly sold on Mingming II’s Bermudan rig: mast, rigging and sails. One of the central tasks of the rebuild was to convert her to a junk rig. I had long since concluded that this was by far the easiest and most versatile rig for small-boat singlehanded sailing. This was, too, one of the principal areas where I felt I could make huge improvements.

With the mast gone and the decks cleared I set to work.

The rebuild took nearly two and a half years to complete, working at weekends and for three months full-time during two summers. The boat was transformed inside and out, following the principles I had developed over many years. The central keel was removed and re-bedded, and the thirty year-old studs replaced. Every single deck fitting was taken off and every resultant hole plugged. The few fittings I retained were re-bedded. Every skin fitting was removed and its holes sealed. Foam-filled compartments were created fore and aft behind watertight bulkheads. An immensely strong mast step was built forward to take the new mast. I strengthened the foredeck and built a massive flange and partners for the mast to pass through. The forward hatch area was remodelled to take a proper watertight hatch. The long and unsightly acrylic windows were replaced with strong plywood cabin-sides and small portholes, identical in diameter to those of Mingming.

The main structural changes were made at the after end of the cabin. There I first built a raised dog-house. This was designed to give me an area of full standing headroom, but more importantly to give me full all-round vision from inside the boat. I called it my observation pod. The central hatch was fitted in its roof. Much of the after end of the cabin and the forward part of the cockpit was then cut out, enabling me to extend the cabin aft. This gave me more room inside, better access to the aft internal stowage areas, and reduced the size of the cockpit. The main working hatch was built into this section, along with its protective side coamings and folding spray hood.

I sealed the cockpit locker lids with fibreglass, so that Mingming II was by then totally watertight above and below the waterline. A new rudder was built and the stainless steel rudder tube replaced with solid stainless steel bar. I made a longer and more robust tiller that could be reached easily from the working hatch.

As the work progressed Mingming II’s livery was gradually changed. I painted her topsides black and finished off the decks and cabin in Mingming Grey. By now she was starting to look the part.

It is a necessary rite of passage for every yacht I own to scrape off, by hand, every inch of anti-fouling, bringing the hull below the waterline back to the gelcoat, or to bare wood. It is a long and in many ways soulless task, but it serves several useful purposes. It forces you to examine the hull and to familiarise yourself with every subtlety of its curvature. It helps you develop strong shoulder muscles and infinite patience. There is something satisfying, too, about starting a-fresh with a clean and smooth hull. I bought a municipal lamp post. This was a magnificent tapered aluminium tube forty-five feet long. I cut off the bottom sixteen feet to give me exactly what I wanted: a robust mast twenty-nine feet long, eight inches in diameter at the base and three inches at the top. I painted it with nine coats of epoxy paint and added a stainless steel masthead fitting welded up by a local agricultural engineer.

I needed a particularly strong mast because I had designed and made what some may consider an over-size sail. This was to cope with the extremely light winds typical of the high Arctic in summer. In any case, the junk rig is so easily reefed that it seemed better to have too much sail rather than too little.

I sewed the sail on the dining room table during the week after Christmas 2012. It was constructed of seven panels. The top four panels were joined as per a normal sail, but the bottom three panels were all separate entities. The sail was therefore in four parts. This was for several reasons. Firstly the sewing machine and space I had could not have coped with an entire sail. Secondly I liked the idea of having some separate panels that could be taken off and repaired easily, or even interchanged. The principal reason, though, was to do with the design of the sail. Whereas Mingming’s sail was cut completely flat, in the traditional junk style, I wanted to try out the more powerful modern system of cambered panels. There are various ways that this camber can be achieved. For the top four panels I used the normal sail-makers’ method of broad-seaming: joining pieces of cloth already cut to the appropriate curves. For the bottom three individual panels I invented a system that uses cloth hinges to attach the flat panel to the sail battens. The aerodynamic curve is built into the hinge system.

The sail was so crazy that I felt it deserved an appropriate title. I christened it the Triple H sail: the horizontally hinged hybrid. From an aesthetic and engineering point of view, the proper number of panels was probably six. I began to view the additional seventh panel as the sail’s turbo-charger for very light airs, giving rise eventually to the sail’s full title: the Triple H TB.

I built the yard and boom from ordinary ‘yellow’ pine from the local DIY store, laminated for strength and stability. In fact throughout the rebuild I used either recycled timber and plywood, or else standard quality lumber and ply. I was very careful, though, to epoxy all end grains, and where possible to give a protective coat of fibreglass.

By the end of the summer of 2013 most of the main structural work was complete. The interior was by no means finished, but I decided that it was time to go sailing. I needed to try out the new rig. In particular I wanted to see how it balanced. I wanted too to get an idea of how all the changes had affected the trim of the boat. I still had to make decisions about how I would distribute the heavy stowage – food, water, anchors and so on – and felt that some sailing trials would help me in this.

Extracted from Roger D Taylor’s very excellent new book Mingming II & the Islands of the Ice, an inspiring tale of designing, building and sailing an engine-less yacht far into the Arctic. 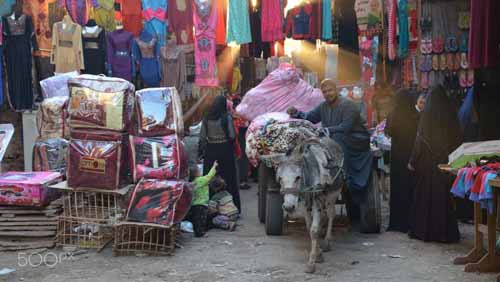 Egypt, where the tourists no longer dare talk 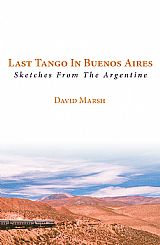