I didn’t understand. For once, it wasn’t the pronunciation that confused me, it was the sentiment. This wasn’t gratitude because I’d bought a souvenir, or familiar words said to lubricate an awkward, vocabulary-limited conversation. It was two humble words.

We were on the west bank of the Nile, at the edge of the diligently irrigated fields, where the green fields suddenly cease and the desert claims the land. He was a young Egyptian man called Ahmed, not yet married and still living with his mother. Although as a guardian of an ancient temple he meets people from all over the world, he’s never left the Egyptian city in which he grew up. His is a city dominated by history. Egyptologists refer to the area as Thebes, and the dried up valley behind us was home to the dead: the kings, their royal wives and the many nobles who served in their courts. Nowadays, these bodies, can be found spread across the continents. People who lived in a time before Jesus, before the Ancient Greeks and Romans and who expected their bodies to remain in the desert for eternity were shipped up the Nile, sometimes labelled as fish, and distributed out to our museums where our greasy fingerprints stain their glass coffins.

There are few trees this far from the Nile, no grass and I’m told that rain is so rare that when it does happen, children take their clothes off and run around the fields in delight. Despite the heat I had my arms covered and a scarf looped loosely around my neck. A woman travelling alone in Egypt must be careful. This isn’t ancient times when the palace women wore white cloth so fine it was translucent and painted their breasts with henna. Egypt today is a country where if a woman wishes to be respected she must cover herself. Tourists don’t have to worry so much about what they wear, there’s no obligation to, it’s just politeness, but I’ve strayed from the hotel pool and tour bus crowd.

I wore skinny jeans because this might be a conservative place but it’s still 2016.

Truthfully, when I first lay eyes on him, I didn’t want to speak to Ahmed. He wore a traditional jellabiya, a pale blue cloth the length of a ball gown, with long sleeves. It swayed as he moved. I was tired and ready to call it a day. He hovered, waiting to attempt a conversation.

Anywhere else, Medina Habu, where Ahmed works, built as the doorway between life and death for Ramesses III, the last truly successful king of the iconic New Kingdom, would be considered a must-see attraction, but it stands beside such infamous monuments as El Karnak and the Valley of the Kings and so it’s easy to overlook. For much of my visit, I wandered through the empty courtyards alone, overwhelmed by the mass of slaughtered foe, the grand columns and coloured walls.

My mind couldn’t take it in. I’d trekked up and down the steep steps into the New Kingdom tombs, exploring Hatshepsut’s temple with its stunning, almost classical façade. I’d been worn down by shopkeepers whose enthusiastic voices mask an edge of desperation as they try to haggle with you over trinkets you don’t really want.

As I explored, I wished for quiet solitude. Travelling somewhere like Egypt exhausts me. The rhetoric of warnings began to circulate in my mind. He’s hoping for a tip. He’ll offer to take a picture of you. He’ll tell you where to stand to get the same forgettable, slightly out of focus shot as everyone else who visits. Don’t speak to anyone. You’re a young woman alone. You’re vulnerable.

I’ve seen tourists snap, “Laa Shock-run.” The guidebook phrase ‘no thank you’. I’ve seen the pained faces of men rejected before they could speak a whole sentence. Ordinary people trying to make a living. I’m torn. I want my home comforts, I want my security, I want compassion not to be so hard. Fear causes friction. When we are afraid, we find it harder to smile. We exist in the future, forgetting to be present in the moment. We fail to really enjoy the richness of what we’re seeing. We forget people are people.

It’s not difficult to understand why tourists exhibit such fear. Political instability and sporadic acts of terrorism aren’t effective advertisements for a relaxing vacation. Then there’s the high rate of sexual harassment and the discomfort of being in a society where men and women play such distinct roles. Never back home would I be led to the back of a restaurant because the best tables are reserved for the men. And here I must be graceful about this slight, which goes against everything I believe about equality.

Then there’s the invasive security. It’s extreme. Each morning and evening four guards greet me as I pass in and out of the hotel. They’re friendly but just their presence is a reminder that Egypt is not a happy place. Sometimes they want to scan my bags. If they’re tense, it’s for good reason. I wake up to the news that terrorists shot dead two security personnel at the Giza Pyramid complex. It’s not the first time it’s happened.

Tourism feeds Ahmed’s family, but tourists searching for a week in the sun want to go somewhere they can relax. Without the visitors, fear swells and friendly competition for the little money going seems not quite so friendly. As we drive around town I’m witness to spats of jealousy. Taxi drivers bad mouth the horse and carriage drivers. Egyptologist guides warn you about rogue taxi drivers. Everyone says they want to protect me; nobody listens to what I really want.

It’s not all a nightmare. In the Valley of the Kings, outside the tomb of the 18th dynasty Pharaoh Horemheb, I shared my chocolate with the guardians and drank their tea (with mint not milk). Bored men who spend their days punching holes in tickets are always relieved to have someone to talk to. Even a British lass tight with the purse strings. We discussed the decline of tourism in the country and football.

At Medina Habu, when Ahmed approached, I smiled. I was too tired to play the game of being a model, smiling for another awkward photo. I carried nothing except a camera and ticket stub. I took my time, letting myself become absorbed in the imagery of battles that happened over 3000 years ago. Ahmed, who had nothing else to do, followed, he explained the carvings as we went along. We chatted amiably. He asked where I was from and, as always happens, why I was alone. I lied. I was pointed out painted ceilings and led past gated rooms to better understand the stories he was proudly reciting.

Even though it was closing time, he took me across the site to see the nilometer. He asked if I would be safe getting back to my hotel.

I assured him I’d be fine, he paused, then said those two words.

That expression, more than any artwork in any of the tombs or temples, not the dead cows, security guards or the desert heat, but the look in a young man’s eyes when he told me that he was thanking me for being willing to talk to him. That’s why I must travel. 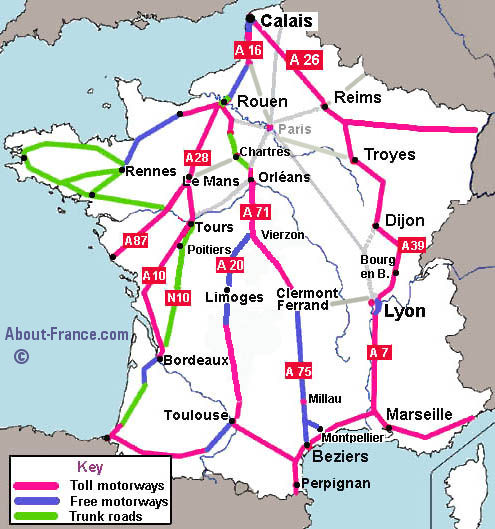 Get geared up for this year’s European road trip 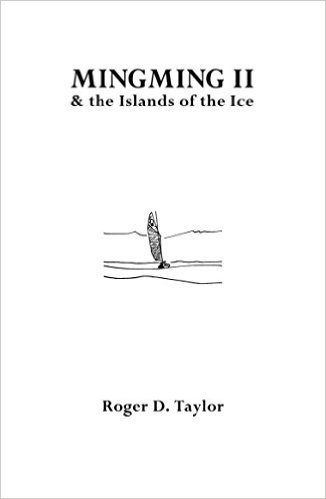 How to design and build your own Arctic yacht