Whoever said getting there is half the fun has never crossed the Drake Passage.

At noon we arrived in Ushuaia but alas, as Karen had feared, our luggage did not. Ushuaia is a resort town on Argentina’s Tierra del Fuego archipelago, the southernmost tip of South America, referred to as “the end of the world.” The windswept town, perched on a steep hill, is surrounded by the Martial Mountains and the Beagle Channel. It is most renowned as being the gateway to the Antarctica.

No one seemed to speak English, not even in hotels and restaurants, and although at first we thought that might be adventurous, we soon found it was very disconcerting. We do not speak Spanish but I thought for sure when we asked for a restaurant that someone would catch on, after all their word for it is “restaurante”. However, the look on the lady’s face when I asked had “what the hell are you talking about?” written all over it.

Arrival to board our ship was in a partially cloudy drizzle of rain. The ship, the Ushuaia Moroni, is a 2923 ton (can you please explain to me how that floats) research expedition vessel built in 1970. It has been refurbished as an 88 passenger cruise ship with 46 cabins but as per its original role did not include stabilizers. It is an ice-strengthened polar vessel with lots of open deck space and an open bridge policy. The anticipation was palpable as we walked up the gangway. The greeting staff was extremely courteous and in somewhat hushed tones handed us a bag of shirts and socks. News of our luggage predicament had preceded us.

During the mandatory Life Boat Drill, Agustin, the expedition leader, advised that anyone taking medication make sure it was in an easily accessible drawer in their cabin and was used as prescribed. “I don’t want to save you from a sinking ship and have you die of a heart attack because you didn’t take a pill.”

At a length of 240 kilometres (150 miles), the Beagle Channel is a strait in the Terra del Fuego archipelago on the southernmost tip of South America. It runs (roughly equal distance) partly in Chile and partly in Argentina. Ushuaia is a little east of the Chile/Argentina border on the Argentina side. Suddenly all this geography became important to us as we learned that the Beagle Channel emptied into the Drake Passage and we would be experiencing all it had to offer starting around midnight.

When we returned to our cabin after dinner around 9PM a large black suitcase greeted us in the hall outside our door. “How the hell did that get there?” It wasn’t on the dock when we boarded – the harbour master had piloted a small boat and chased us down before we entered the Beagle Channel and transferred the bag to our ship without stopping either vessel.

We had been advised to secure all our belongings; cameras, glasses, computers, etc. because they would not remain in place once we entered the Drake. In total it would take about 36 hours to cross the dreaded passage. We had taken our seasickness medication, had our bracelets on, knew where and how to reach the doctor, I guess we were as ready as we could be. It promised to be a wicked night.

The Drake Passage, named after the 16th century English sea captain Sir Francis Drake, is the body of water lying between South America’s Cape Horn and the South Shetland Islands of Antarctica. It connects the southwestern part of the Atlantic Ocean with the southeastern part of the Pacific Ocean and extends into the Southern Ocean to the south.

The ship’s windows would often resemble a washing machine with a constant froth of waves. In a seeming conspiracy against all adventure travelers, the waves, winds and currents result in severe climatic transition as you cross between the sub-polar region of South America and the frigid, polar regions of Antarctica. This has given the passage its reputation as one of the most inhospitable seaways in the world. Well, it was all true, everything I ever read about crossing the Drake and a whole lot more – and apparently our crossing was not that bad! Four metre waves built to eight metres overnight as the ship was tossed like a cork in a raging river. It started around midnight as we entered the open waters with me lying in my bunk listening to the then relaxing creaking of metal, wood and plastic. The ship rocked side to side, gently at first. That intensified as the night progressed until it reached a point where the rocking was significant and culminated with me waiting for the Poseidon Adventure to begin for real.

My major problem with the Drake began in the morning when I tried to get up for breakfast at 8AM. I had totally lost my balance and there was absolutely no way I could stand and walk. Standing was exceedingly painful fighting not only the wave action but also a bone crushing cramp in my calf as well. If I could stand for a second or two I was immediately slammed across the room into whatever was there, a wall, a door, a bed. It took several attempts before I conceded, “Screw it! I’m not going to breakfast!”

After an hour, breakfast missed (Karen managed to get there somehow), I managed to remain standing long enough to get dressed. How I didn’t break something is beyond me. Agustin, the expedition leader said yesterday “when you leave here, you will either have improved, great balance or you will have none.” I had chosen none.

I did get down to the lounge and decided I’d pretty much spend the day there. It was quite obvious the experienced crew were not in any way offset by the motion of the vessel, no matter how severe. I watched in total amazement as the First Mate Alan stood with his hands in his pockets leaning at a 45 degree angle, first forward then back as the boat rolled with the waves. All around him people were lurching from one side of the passageway to the other, grabbing whatever they could and looking very much like the attendants of a wild frat house party.

As I sat in the lounge I stared out the large (roughly eight feet by four feet) windows. One second I saw nothing but sky. Immediately it panned rapidly down below the horizon until the view in all the windows was nothing but water. Fast pan up, the horizon disappeared. Repeat ad nauseum – quite literally if you weren’t careful how you watched the ever-changing scene.

A trip to the bridge yielded the best view. It also gave us a bit of an education as we saw just how much computer technology and instrumentation is available on today’s ships. The crew can see and forecast weather and water conditions, temperature and wind speed. The windows, unlike in the lounge, were clean and dry. We were substantially higher from the water surface so everything was compressed and it really didn’t look that bad. The horizon gave it away though. I did not tilt the camera in this photo.

The ship was still rocking severely when we got up the next morning and moving around continued to be a massive problem for me but things got exciting in a hurry as we passed our first iceberg, a behemoth floating alone off the starboard side of the ship.

By midday we had cruised out of the Drake Passage into the sheltered waters of the South Shetland Islands. We were finally able to stroll on the deck without fear of being swept overboard. In preparation for our first landing we were advised to be cautious with the wildlife by remaining, for example, five metres away from the penguins. We were soon to find out that was all well and good but the penguins had not been given those instructions. Our first view of the Antarctica was exciting but things would only get better. After an astounding 10 days in the Antarctica the return trip across the Drake brought us back to reality. At night many had trouble sleeping but, as our captain would say: the Drake Passage was “reasonable”, not too rough and also not too uncomfortable. Funny how nautical people had an entirely different opinion of pending disaster than I did. The trip back across the Passage was far worse than coming in. There was still a violent side to side motion but in addition the ship moved up and down over the waves and at times felt like the motion was in a large circle. I swear there was even a corkscrew in there for good measure. All this was accompanied by crushing, scraping and breaking sounds as the ship forced its way through ice. All fun and games when you’re young but my body was not meant to endure this type of motion. There was hardly anybody at breakfast – a true sign of a rough overnight crossing.

In the meantime we were zipping along northbound, pitching into a North West swell. Far be it from me to disagree with the Captain but even a few of the crew members were sick on this crossing. My narrative included a deflated, dejected, depressed comment, “Probably another 20 hours of this shit.”

I have resigned myself to the fact that I’ll never be a sailor – I’ll never get my sea legs. Everyone else was leaning 45 degrees into the waves like you’re supposed to. I was leaning away from them and stumbling the length of the ship trying to grab something permanently attached.

The waters finally calmed down during the afternoon as we entered the sheltered area behind Cape Horn, heading to the Beagle Channel where we would cruise the sunny day away watching both Argentina and Chile as we drifted past.

After dinner we joined our fellow voyagers in the bar for a last drink on the ship where it felt more like saying goodbye to the bar and the ambience we created around it than saying goodbye to each other. As we exchanged stories about the days past, we realized that though we had all taken the same trip, our individual experiences varied quite a bit and it looked as if each of us had taken somewhat different journeys – and that is one of the many wonders of travel.

More by this author – and a chance to buy his very excellent travel book, on his own website. 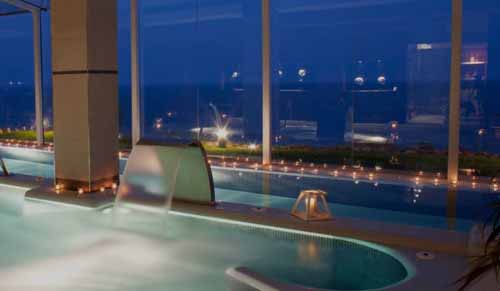 The Costa Del Sol is fantastic for families 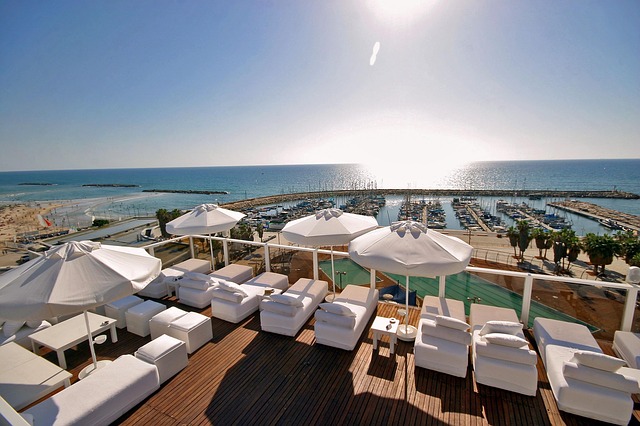 Vacation in Tel Aviv: meet the city of summer