While planning a trip with my nephew Rupankar and niece Rashmita, through Nepal and Bhutan, two beautiful countries nestled in the Himalayans region, we became aware of a sacred place of Buddhism at a mountain-top in Paro, Bhutan. To the citizens of Bhutan, the place is known as Taktsang Monastery (Paro Taktsang in popular term). To the outside world, the place is also known as the Tiger’s Nest Monastery. According to one of many local legends, Guru Padmasambhava (Guru Rinpoche) flew in this Taktsang (a split word in the Tibetan language meaning Tiger’s lair) on the back of a tigress. The place was then consecrated to tame the Tiger demon (a metaphor for anger, jealousy and similar human shortcomings). In one of the caves here, the Guru meditated over a period of time. Subsequently he emerged in various incarnated forms to spread the teachings of Buddhism, thus making the place holy to the practitioners of the religion. Over the years, a monastery complex was built that itself went through various incarnations. In the year 1998, an unfortunate fire destroyed most of the main building in the complex along with many historical artifacts and paintings. Restoration by the government as well as the kingdom brought back the recent edition of the place.

As a part of our plan, initially we visited Nepal going there from India. At the end of that visit, we flew from Kathmandu in Nepal to Paro in Bhutan.

While Paro’s elevation is about 8,500 feet above sea-level, the monastery complex is nestled on a sheer mountain side, more than 10,000 feet above sea-level. In addition, the hike, about 4.2 km each way from the trail-head (thus, a total of 8.4 km roundtrip) has been described as strenuous due to steep almost vertical mountain range at various locations. Thus, we spent next couple of days acclimatizing ourselves with the altitude (recommended if one lives in a place at sea-level), while visiting attractions of Paro and nearby Thimphu, the capital of the country. Then one early morning we and our local guide Mr. Tshulthrim Wangyel arrived at the trailhead to begin our hiking towards the Tiger’s Nest. As the sun started to rise, the distant fog that shrouded the mountains in the horizon slowly melted away offering a serene atmosphere.

As we continue our hiking in winding trails, different bird species indigenous to the region started to come to our view. One such species was the Himalayan Magpie with white-laced black head, ash-colored body, yellow beak, orange feet as well as a pair of sky-blue tail feathers dazzling in lush greenery.

As the trail started to become steeper, rows of multi-colored prayer flags with religious writing on each of them, in common with ritual of the religion, started to appear above our heads, sometimes spanning across the trail.

After traversing about halfway of the hiking distance, we came across to a rest area, serviced with a few amenities. Sitting on a bench of the porch of this rest area, we got our first glimpse of the monastery complex, nestled into the mountain above a sheer cliff. One of the interesting ironies of hiking in a mountain terrain soon became apparent. Looking across the valley, though the monastery appeared not too far away from the rest area, the trail needed to zigzag through neighboring mountains, either going up the hill or down the hill, thus stretching the distance to be covered more than expected. However, this irony had its own reward, when we located a waterfall, like a bridal veil, coming down a mountain ridge.

Our final phase of the ascend consisted of a combination of descend along one mountain range followed by a steep ascend to the next one offering us a much fuller view of the complex in bright sun-light. At the end, the steep trail turned into several ascending carved stone-steps, festooned with colorful prayer flags all around and then leading us to the ground of the monastery. Once arrived at the complex, we needed to take off our shoes and hand-over our backpacks as well as the cameras (photography is strictly forbidden inside any of the halls) to the security guards. We visited various prayer chambers adorned with religious paintings and icons. Flickering butter lamps lighted the rooms giving them a mystic look. However, the cave purportedly used by Guru Rinpoche for his meditation was not open that day (it remains open once a year on a special ceremonial day). In some quieter rooms, devotees were seen to be engaged in their own meditative prayer. I began to sense a kind of ancient spirituality has still been hovering over the place.

After spending some more time in the complex, we began our return journey. While descending, we noticed collections of colorful small clay-made prayer-temples on various stone ledges, left behind by the devotees who made up the trip here. By mid-afternoon, we completed our memorable journey to Taktsang (Tiger’s Nest) Monastery, feeling full of bliss and tranquility.

Cruising to Europe then touring by train; low-stress travel 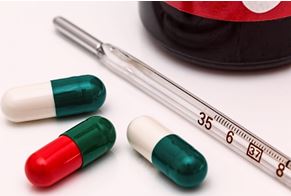 Half of British travellers don’t have a valid EHIC card