In the past week I have seen a chicken poo on the table next to me mid-lunch and a baby snake being confiscated on a bus. On the same bus the guy sitting next to me was holding a live, squawking chicken. All in all it’s been quite an experience, and it all started when I decided to venture up to the northern most point of South America – Punta Gallinas (literally chicken point, which I guess makes sense), a pretty far-away land in the orange, arid desert landscapes of Colombia. Whenever I mentioned it to others prior to making the voyage I was greeted with a glazed look of I’venever-heard-of-it confusion – I felt like Leo Di Caprio in The Beach circa 1997, and it made me want to go there all the more.

I’d heard about it through recommendations from locals and decided it had to be done, so I set off with a couple of others from Santa Marta (a popular beach city on the Caribbean coast) to Palomino – a nice, fairly backpacker-y place with a strip of hostels and restaurants lining the beach. From there we took a local bus to Riohacha (the capital of La Guajira region that’s for some reason generally left off the tourist trail), and from there hopped in a taxi for around an hour to Uribia – a fairly bustling town and a little out in the sticks. After that we took a jeep for about two hours to Cabo de la Vela, a village even farther out in the sticks and home to one of Colombia’s many indigenous communities – the Wayuu people. Cruising through an entirely empty desert in a rattling jeep was slightly reminiscent of some sort of backpackers-go-missing blockbuster, but we eventually made it to Cabo all lives in tow and immediately saw how beautiful the place was – think stretches of empty beaches, vivid turquoise ocean and a dusty row of sleepy hostels and restaurants serving freshly caught seafood (although attempts at finding a lunch spot at 4pm were futile and a trip to the chemist involved waiting an hour for someone to open up – the siesta triumphed). It really did feel like a ghost town, and it made a refreshing change from the more bustling, tourist-heavy Santa Marta.

After eventually convincing a restaurant to cook us some food, we battled against gale-force winds and climbed the Pilon de Azucar – where we were greeted with a stunning panoramic view of the vast coastline and its crashing blue waves. Back in Cabo we jumped on mototaxis (COP $5,000) and enjoyed a scenic and thrilling 20-minute ride through the middle of nowhere to a lighthouse – where we witnessed a yet more beautiful lookout over the whole area and watched the sky take on its pink and purple hues at sunset – all without being surrounded by hoards of other tourists.

From Cabo de la Vela we booked a jeep tour to Punta Gallinas for the next day, and set off bright and early at 5am (after a rather sleepless night surrounded by cockroaches and my first experience of a bucket shower – not sure we picked the best hostel…) Four hours and a 20-minute speedboat ride later and we’d finally arrived at our destination, where three hostels set among vast, dusty, orange desert-scapes greeted us. I knew then the trek was worth it.

After relaxing on another completely empty beach, swimming with jellyfish (unintentionally) and dining on a lobster lunch (for around $12USD) we took a jeep tour out to the northernmost point of the continent and went on to some nearby sand dunes – famed for letting you run or roll down into the sea, which we happily did for several hours like a bunch of oversized children – great fun. After another fresh fish meal I hit the pillow and made the most of actual running water – Punta Gallinas was weirdly more luxurious than Cabo. It was certainly interesting learning about the Wayuu way – most notably the fact they have laws entirely separate from the rest of Colombia, and more evidently the fact kids bar the road with a rope demanding sweets from drivers before they can pass through, a tradition that’s hundreds of years old… all in all a pretty fascinating culture.

The next day we set off to return to Santa Marta – a journey that took about 10 hours – and it was then that I found myself on the aforementioned adventurous bus ride… To sum up the trip there was incredible and I’d highly recommend it to anyone looking for some natural beauty that’s so far escaped the mainstream map – only time will tell how that might change over the next few years, so I’d say it’s certainly worth discovering before it’s too late.

More by this writer on her very excellent website. 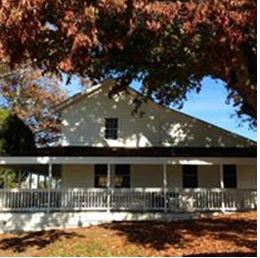 Essentials for a stag weekend in Eastern Europe