“Traveling – it leaves you speechless, then turns you into a storyteller.” The Western Coast of America really does have beautiful sights to see, sights that leave you breathless but give you wonderful stories to tell.

Whilst the train takes a bit longer and the seemingly obvious Route 101 drive, it’s certainly a lot more adventurous and definitely worth the time. Taking an Amtrak train is a lot more arduous than rail in England, whilst here, you are given that all too familiar orange ticket with your elected seat and carriage number on and no doubt, if you’re as unlucky as I am, you’re more than likely sat near a a screaming child or a bunch of drunk football fans. Though the process in the USA is very different. Like in England, you book your ticket in advance or at the station, however, the difference is that there is no reservation, you are allocated a carriage and seat number upon the train’s arrival.

For me, four weeks is the perfect amount of time for the trip for the 1,377 Seattle to Los Angeles trip. The first leg of the trip took me from Seattle to Portland. The large windows of the train allow for a perfect view of the beautiful scenery on offer…to my right was the bluest of blue inlet of the Pacific Ocean, Puget Sound and to my left, some distant mountains. The train strolled through several one-horse and two-horse towns and a handful of real towns like Tacoma with its beautiful port and Centralia. Centralia, dubbed the “City of Fire” was eerily brilliant, the borough is a near-ghost town and has a population of less than ten.

Western USA is home to number of huge and wonderful cities, such as San Francisco, San Diego and Las Vegas. Each city is famed for something completely unique to itself, San Francisco is famed for its cool summers and eclectic mix of architecture, San Diego is known as America’s finest city and of course Vegas is the capital of gambling, boasting a whole host of beautifully designed casinos.

Much like Vegas is considered the capital city of gambling, once arriving into Portland, it became apparent that this was the capital city for beer. And also perfect for some good old-fashioned homely pub-grub. What more could a Brit want!? The stopover was a few days long, just the right amount of time to sample all of the beer, astonishing roses and books that the city of Oregon has to offer.

Amtrak’s Coast Starlight was the train to take us on the next of our journey. This train is like nothing I’ve ever seen before, not even like any planes I’d seen before, it boasted 12 huge two-storey carriages.

Following the Willamette river out of Portland, we followed the valley through to Salem, then passing Albany and Eugene. It was agonizingly hot outside but eased by the beauty of views on offer, the golden fields of maize and pumpkins that spread over acres and acres of land.

Once leaving Eugene, we headed for the Cascade Mountains at snail’s pace, though probably a sensible pace considering the multiple bends of the track. The track was largely closed in by forest, though once all of the enormous trees and branches had vanished, the views of the tree-cloaked ridges and peaks in the distance was truly a sight to behold.

The next stopover was Redding, California. It was here we decided we’d take advantage of the train-free day and explore the Lost Coast. Unlike much of America, the Lost Coast is an undeveloped area famed for its natural beauty. Neighbouring the Lost Coast is Humboldt State Park, home to the world’s largest remaining contiguous old-growth forest of coast redwoods.

The day went by in flash, and before we knew it, were on the track again. This time, the home of Pixar, Emeryville was our destination. We travelled a large part of this leg by car, our only opportunity to get up close and personal with Yosemite, of course home to its wonderful national park with several stunning waterfalls. It was also the chance to travel the wonderful rugged coastline of Cali as we passed through Monterey and Big Sur.

Heading for LA, the train stuck to the coastline, the glistening deep blue Pacific my cluster of golden sandy beaches to your right and to your left, a stretch of hills with their natural beauty wrecked by the odd installations of the Vandenberg Airforce Base and missile launch site. The oil platforms soon came into sight on the horizon as our journey concluded at Santa Barbara, Oxnard. 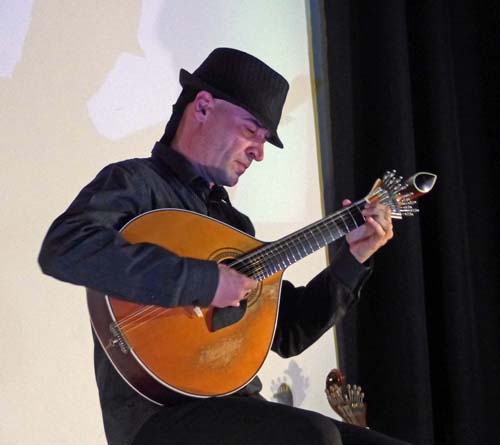 A foodie tour of Antigua and Barbuda