You have arrived in Pha Nga Bay, Thailand. Pha Nga Bay National Park is one of the oldest in the country, designated in 1981 and covering more than 400 square kilometers. Its proximity to Phuket and Krabi, two of Thailand’s more popular tourist destinations, mean that thousands of holidaymakers come and go day-after-day. Boatmen from every corner of the bay hustle tourists to so-called “highlights” during the height of the day, but early mornings and late afternoons find most places empty.

If you do not have the budget to charter a yacht, a perfect alternative to explore Pha Nga Bay is by sea kayak. There are no resorts inside the park boundaries and camping on isolated beaches and empty islands is a truly unique experience. Few witness this panoramic landscape from the cockpit of a sea kayak and it is the ideal backdrop for an expedition.

I invited my friend Det to join me on a trip around the upper bay and we started out from Khlong Khian Pier, just north of Phuket Island. The 5km crossing to nearby Koh Phanak takes about an hour, depending on conditions. Phanak Island is famous for its collapsed cave systems, or ‘hongs’, which literally means rooms. Approaching the island, the cliffs gradually take shape and you realize they leap vertically from the sea. At the base, craning your neck to contemplate the cliffs creates a dizziness not unlike like vertigo. Entering a ‘hong’ for the first time is an otherworldly experience. A small aperture in the limestone leads through a passage to the inner room where you find yourself completely surrounded by cliffs, yet the sky is visible above. There are three ‘hongs’ on Phanak island and more on nearby Hong Island. Take proper safety precautions when entering: be sure to enter and exit at the correct tide levels or risk being trapped inside; carry a strong flashlight with backup batteries as entrance passages can be pitch black; and, know the tide schedule. Failure to follow these basic guidelines can result in serious problems.

When the day draws to an end, I usually head for a small beach on the east side of the island, suitable for camping at all but the highest tides. Be careful not to leave food open here as the crab-eating macaques have developed a habit of discovering food caches, leaving you hungry at the end of an active day. Paddling at full or black moons when the tides peak, as on this trip, I head to the national park office on nearby Yai Island. There is a small beach to land and space for a few hammocks or tents amongst the staff buildings. Each time I have stopped here, the park staff were welcoming and happily offer a place to camp, fresh water for a shower and, as is Thai custom, food. One ranger tells me has been here over 45 years. Either location is the perfect base for early morning and late afternoon forays to Phanak Island and adjacent Hong Island.

Pha Nga Bay is known for strong NE winds from November to March and powerful tides year round. Departing Yai Island in a strong wind, we paddle around the lee side of Hong Island and the under the limestone overhangs whenever possible to avoid fatigue. Big tide swings bring strong currents that can bring you to a standstill and the combination of wind against the current creates choppy conditions, as on this particular day.

Next stop is James Bond Island, a dozen km north of Hong Island. We use every possible island in our path for shelter from the headwind and waves that are constantly splashing over the deck. “The Man with the Golden Gun” was filmed here, catapulting it into the spotlight. Forever crawling with tourists, I find it more interesting to watch people scramble along the rock for a photo then the island itself as there are plenty others that are more impressive. It is a challenge to get on the beach amidst the organized chaos of boats coming and going, but we eventually make it. I stay with the kayaks while Det negotiates the throng.

Afterward, we explore a few nearby islands before selecting a spot for the night. The camp has a well for a bucket shower, which is refreshing after a day of paddling. The mosquitoes are ferocious and Det, sleeping in an open hammock, is plagued throughout the night. In my enclosed hammock, I sleep in complete protection, oblivious to his agony. The following morning he declares: “that was a shitty sleep.”

Beyond, the northern extremity of the bay is an extensive maze of mangrove canals, many leading to remote fishing villages. Enter at flood tide and exit as it ebbs for the best paddling conditions. Tide swings around full and black moons exceed 3.5 meters, creating strong currents and, at super low tides, it is often impassible. Waiting for a favorable tide is a superior option to fighting a losing battle. Heading eastward, we cross the bay to Mak Island, just outside the park boundary. The crossing is timed to coincide with slack tide and the beginning of ebb tide to use the current to our advantage. Three hundred friendly villagers live on the east end of the island and they rarely see tourists. As often happens in Thailand, locals invite us to set camp wherever we please. Staying close to the pier, we enjoy superb southern cuisine at a nearby restaurant. Thai cuisine is famous worldwide, but southern dishes are noted for spice, particularly curries and “gaeng Som”, an orange, fish-based dish is the regional delicacy. I have come to the conclusion that southerners cannot survive without this dish. It is not for every palate, but those who like it love it.

After a sumptuous meal, we return to camp and I check the high water mark a second time. Knowing the tides is critical for an number of reasons, none the least of which is to avoid long walks across the extensive mudflats of Pha Nga Bay and to ensure that you do not wake up to discover your kayak has floated away.

Pha Nga Bay is divided roughly in half by Yao Yai and Yao Noi islands with two deep tongues that run up either side, stretching into the upper reaches of the bay. The easterly tongue tapers off between Mak Island and Chong Lat Island and the currents can be particularly powerful in this part of the bay.

Leaving Mak Island, we were blessed with a gentle breeze, slack tide and a relaxed crossing to uninhabited Chong Lat Island. Paddling south along the cliffs that line the west side of the island, I discover a massive cave system that penetrates deep into the island in complete darkness. Checking the tide, I see the water is rising and we need to be careful about the amount of time spent inside. The cave is deep and although the darkness confuses the sense of distance, it felt as though we were more than 250m inside when it open to a massive cavern with a small sand beach to land. The GPS does not work inside caves. Exploring on foot, we continued another 100m and discovered a fissure in the limestone that appeared to lead even deeper. Det was keen to carry on, but I was concerned about the rising tide. We agreed to exit the cave, marking the entry coordinates for the future. At the southern tip, we find a small beach that seems made for camping.

It is worth a day to explore the nooks and crannies of Chong Lat and Khlui Islands. This day, however, we cross toward the eastern part of the bay, drawn to a 400 foot high, 1 km wide limestone ridge that juts 8km into the bay. There appears to be nowhere to land until we round the southern tip and discover a crescent shaped beach, fringed by palm, casuarina and tamarind trees. You could not dream a more perfect campsite.

We creep through a string of small islands running southward to Hong Island, Krabi. The beach here is immaculate white sand. Over lunch, I marvel as hundreds of day trippers stop long enough to take the obligatory photo, grab a cold beer and race off to the next attraction. If you wait until late afternoon, the rangers will permit you to camp.

Crossing the deep water tongue a second time on a southwesterly course to Yao Yai Island, we run south along the east side. We are surprised to discover two freshwater streams flowing into the ocean, stopping at each for a rinse. Near the bottom of the island, we stop on a quiet beach to camp. A local fisherman greets us with a big smile, admiring our kayaks. Fishermen appreciate a seaworthy kayak and consider paddlers kinfolk. “Lek” invites us to his home to enjoy a freshwater shower and join the family for a meal, which we readily accept. Thai people are incredibly welcoming and the most common greeting is “gin khao” – which literally means eat rice. We enjoy a wonderful meal before returning to our camp for the night.

Next day, we round the southern tip, across the small bay that is home to a fishing community and continue up the west side. A couple of posh resorts way beyond my budget are scattered along the west coast and we continue north, stopping on one of the many barren beaches we pass to stretch our legs and take a swim.

Further north, we call in at Boi Yai Island, long a favorite stop of mine and home to some of the most hospitable park rangers on the west coast of Thailand.

Some crab fishermen are resting on the island, waiting for the tide to turn and empty theirtraps. We strike up a conversation and, as is common, are invited to join in a meal. Fresh crab only a few hours out of the sea is the main dish, served with the ubiquitous rice, fried vegetables and delicious spicy sauces. We trade stories before the sun goes down, when they return to the sea and we repair to our hammocks.

Although we are up early on the final day, we delay our departure until two hours before high tide to use the current to our advantage as we cross the western deep water tongue to Phanak Island, ultimately returning to Khlong Khian Pier.

Although the paddling is complete, the sites, scenes and senses are burnished into my memory forever. 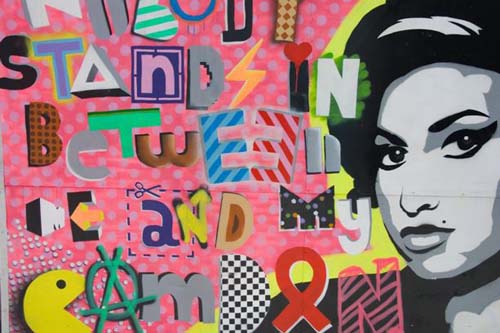 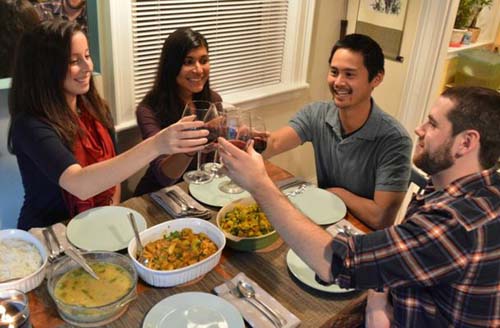 Have language, will travel