Our three-day escape at the end of February to southern Vancouver Island followed a circular route. We started and ended in Vancouver, British Columbia. As we set off in the car, the dark and threatening rain clouds were beginning to disperse revealing the odd patch of blue sky. The 90 minute ferry journey from Horseshoe Bay on the mainland to Nanaimo on Vancouver Island arrived at the dock just after 12 noon. Our first stop was at the Lighthouse Café on Nanaimo’s waterfront. It overlooks the harbor and is a popular lunch-time haunt. We settled in for a leisurely bite to eat. The daily soup and the ahi tuna tacos were delicious and the service was island-friendly and efficient. Thus fortified, we continued onward to Chemainus, the little logging town that re-invented itself as an arts town. The lumber industry had been its mainstay for over 100 years but times were changing. In the late 1980s, this small community embarked on a revitalization program. An imaginative plan was conceived which involved the painting of outdoor murals depicting the town’s history. We saw many of the 39 murals which illustrate the region’s First Nations people, daily life, former buildings and storefronts, local personages, copper-mining projects and the old sawmill. Chemainus is also known for its theatre festival. It was 24 years ago that the players first performed here. We had registered for a package which included overnight accommodation at the Best Western, a delicious buffet dinner as well as theatre tickets. We thoroughly enjoyed the theatre’s first production of the 2016 season, the Million Dollar Quartet. Through this musical tribute, we re-lived some of the most popular songs of the mid 1950s … Blue Suede Shoes by that ultimate heart-throb, Elvis Presley, Great Balls of Fire by a fiery Jerry Lee Lewis, Fever by Elvis’ girlfriend-of-the-moment and Sixteen Tons and I Walk the Line by the iconic Johnny Cash. These talented performers were able to bring this impromptu jam session very much alive for us. What an evening of nostalgia it was! The next day we travelled south on a portion of the Trans Canada Highway climbing to over 1,100 ft. at the Malahat Summit before descending into Victoria, the Province’s capital city. Our stopover was at the Gatsby Manor Inn, a charming old Victorian-style home with views of the Inner Harbour. It was built for the family of William J. Pendray who made his first fortune in the goldfields in the 1890s and his second in the soap business. His wife, Amelia, continued to live in the mansion until the 1930s. The Inn’s restaurant, Pendray, immortalizes his name. Later, we would dine there and savour some of its mouth-watering West Coast cuisine. But it was time for a little sightseeing. The skies were slowly beginning to clear. We discovered that this was the first day of the season’s water taxi tours. We quickly took this opportunity to tour the harbor at half-price. Enjoying the fresh sea breeze, we chugged past some upscale float-homes, the famous 94-year-old Blue Bridge soon be replaced, watched as one of many daily seaplanes took off, and learned that Victoria was built on the traditional territories of the Songhee First Nations.

By now it was almost lunchtime. A visit to Pagliacci’s, very much a traditional family-run Italian restaurant, had been highly recommended. The small space is decorated in rust colours. High up skylights let the light pour in. The tables are closely spaced yet somehow cozily intimate. It was a buzz of activity with a magic all of its own. We barely waited five minutes before we were seated at a window table. Everything is made in-house. The foccacia bread was to die for. The salad was fresh and the dressing full of flavor. The baby shrimp and pine nut pasta in a white wine cream sauce was oh so tasty. The pasta can even be ordered gluten-free. And the latté was piping hot. Too soon, we had to vacate our table for the next hungry patrons.

By early afternoon the temperature had warmed up and the sun was shining. A little exercise was definitely needed. We strolled through Beacon Hill Park where the trees and bulbs were just starting to show their spring colours. Our route took us along the Strait of Juan de Fuca. We had spectacular views across to the snow-capped mountains of the Olympic Peninsula in Washington State. Then we headed towards the Ogden Point Breakwater. It was constructed of huge concrete blocks in 1916 although the railings were not added until 2013. While my husband sipped a steaming hot cup of coffee, I walked the 850-metre length of the breakwater. This is a popular destination for tourists and residents alike. Several fishermen were dangling their lines no doubt hoping that the fish would bite. Depictions of First Nations art along the breakwater brought the history of the region to life. On our last day we visited the acclaimed photography exhibit at the Royal BC Museum. There were about 100 amazing backlit images from some of the world’s best wildlife photographers. Chosen from over 42,000 submissions, even photographs taken by youngsters aged just 10 were deemed worthy of selection. My personal favourite was captured by the click of the shutter by American photographer, Andrew Lee. His photograph depicted a pelican as it scooped up a mouthful of smelt in its enormous bill; the image enhanced by a trail of tiny water droplets. En route to the ferry terminal at Schwartz Bay, we stopped in Sidney on the Saanich Peninsula. We ambled along the walkway that fronts the Salish Sea where some interesting outdoor art exhibits were on display. In the distance we could see the snowy slopes of Mount Baker. The beady eyes of a colony of black gannets perched atop some high timbers seemed to constantly watch our progress. We popped into the ever-popular Bistro Suisse for lunch. The menu lists some typically Swiss and European specialties. Our only dilemma was what to choose … the traditional schnitzel, the cheesy raclette or bratwurst with rösti. It was enjoyable to spend time at this quaint little restaurant with its easy relaxed atmosphere.

The ferry crossing to Tsawwassen on the mainland completed our circuit. This short break from routine was like a breath of fresh air. It lifted our spirits and brought a spring to our step. Even the sun gods were kind to us. Of course, timing is everything. As we drove back to our Vancouver home, the rain was already starting to fall again. 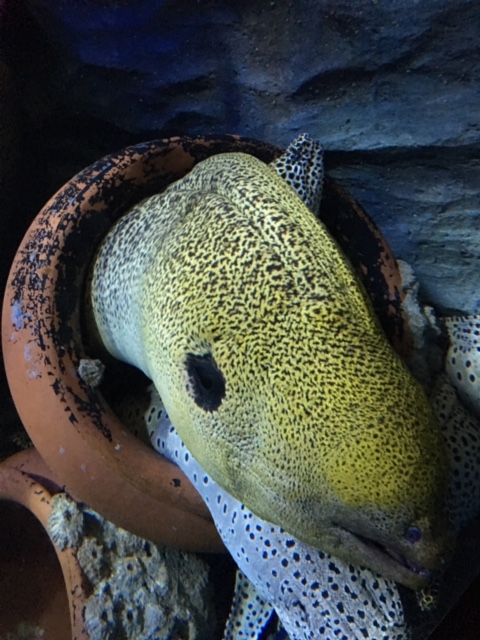 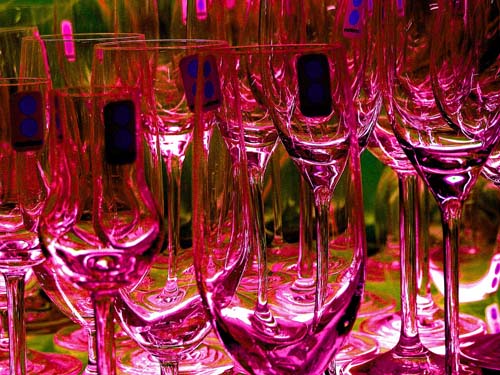