Faro, capital of the Algarve, is the gateway to Portugal’s southernmost region, a popular tourist destination. We spent a couple of days in this quaint historic town before exploring further afield. Our first day in Europe is always dreamlike as we slowly recover from jet-lag. Nonetheless, we set off full of anticipation. Heading along a narrow cobblestoned street, we found just the perfect place for our morning coffee. The Portuguese language is a challenge. Nonetheless, I successfully ordered “um galão y um abatanado” (a café latte and an Americano). Seated at an outside table overlooking the harbor, we were gently warmed by the Mediterranean sun. At this time of day, most of the boats were still moored. It was a serene and peaceful setting.

Our senses alerted by a shot of caffeine, we boarded the town’s little blue and white tourist train. It chugged its way over the cobbles into the walled Old Town. It was a boneshaker of a ride. Later we returned to visit some of the major attractions.

The Municipal Museum was established in 1894 and is housed in a 16th century building of the former Convent of Our Lady of the Assumption. Its small cloister is surrounded by arched walkways. There was some interesting artwork on display. At a fado recital, we learned about the history of this unique musical genre, a symbol of the country’s cultural identity.

At the heart of the Moorish Old Town is the tree-lined cathedral square, the Largo da Sé, dominated by the dome and bell tower of the Roman Catholic Sé. About 2,000 years ago, a Roman temple was located on this site; later it became home to a Moorish mosque. The cathedral itself was consecrated in the late 13th century. However, it suffered major damage in the devastating 1755 earthquake. Subsequently, it was rebuilt. We ventured inside to view the ornate interior. There is some beautiful Portuguese tile work and the German built pipe organ, dating from 1715, is very imposing with its Oriental style decorations. We climbed the narrow, winding staircase to the top of bell tower. There were wonderful views over Faro’s rooftops and the mud flats of the Ria Formosa Natural Park in the distance. Closer to hand, we spied a family of resident storks nesting atop the Paço Episcopal, the Bishop’s Palace. Leaving the Old Town, we made our way to the Baroque Igreja do Carmo, with its twin belfries. Housed at the back of the Church is the rather gruesome Capela dos Ossos, Chapel of the Bones. Inaugurated in 1815, the walls are constructed from the bones of over 1,000 Carmelite monks interspersed with orderly rows of leering skulls. Over the entranceway is the sobering inscription: “Stop here and think the fate that will befall you.” Emerging from this creepy ossuary, the sounds of school children playing happily nearby brought us gratefully back to the present.

The next day we joined a guided boat tour to Ilha Deserta in the Ria Formosa Natural Park, one of the seven natural wonders of Portugal. These wetlands provide a sanctuary for birds and wildlife. Avelino, our guide, dispensed a wealth of information about the area’s rich ecosystem. He pointed out some resident birds: storks, egrets and grey herons, as well as some migratory birds: oyster catchers and flamingos. With his help we managed to identify black terns, sandwich terns, white spoonbills, whimbrils and sandpipers. The birds love to come to these saltwater lagoons and mudflats to feed on the plentiful supply of sea bass, bream and other fish. There are also many bivalves, several species of oysters and escargots, many seahorses, and an abundance of cuttlefish and razor shells in these waters. In former times these shells served as drinking cups or serving plates, as money for trade or to store water or oil. In just under two hours we reached the dock at Ilha Deserta, a huge sandy island surrounded by clean crystal-clear water. We disembarked and made our way up the boardwalk to Estaminé Restaurante, the island’s only eating establishment. The varied menu offered many traditional dishes. The food was extremely good and very tasty. To walk off these indulgences, we decided to circumvent the island. We strolled along the beach to Cabo de Santa Maria, the most southerly point in Portugal. Here a towering sign constructed of odd bits of driftwood points the way to London, Rio de Janeiro, Amsterdam and other world cities. En route we passed clumps of low-growing shrubs, small cord grass, yellow broomrape and the odd solitary yucca. Aside from a few cabins where the fishermen store their gear, there are no inhabitants. Peering down from the wooden boardwalk, we spotted a school of fish. An egret, perched on a float, was also keeping a keen eye on the water as well and a couple of fishermen who were patiently casting lines into the estuary hoping for an easy catch.

What a wonderful introduction this was to our holiday in the Algarve. 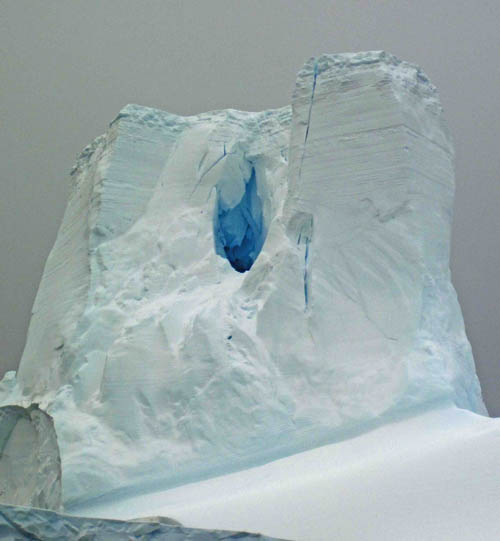 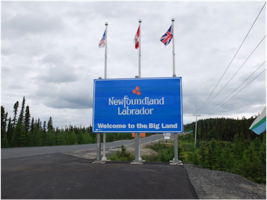 Road trip into darkness along the Trans-Labrador Highway