The small fishing village of Ericeira, set atop high cliffs on Portugal’s Lisbon coast, is an ideal place from which to enjoy leisurely hikes and to visit picturesque Sintra and the sprawling national palace at Mafra.

As we pulled up outside the hotel, the sun was shining brightly. But we were in for a surprise. When we stepped outside, we were greeted by an unseasonably cool wind blowing off the Atlantic Ocean. This was hardly the warm welcome we’d expected. Undeterred, I donned my puffy jacket and off we set along the waterfront. We hurried past a creative mural of a golden trumpet before turning up a narrow cobbled lane. Soon we arrived at the main square which was bordered by several small cafes, cake shops and ice-cream stands. The plane trees around the plaza’s edge had been savagely pruned and looked quite forlorn. It was more sheltered here so we sat awhile on a vacant bench and watched the world go by. A rotund bull dog greeted shoppers outside a store’s entranceway, grandparents pushed strollers, neighbours exchanged gossip and young children raced around.

Our first scenic coastal walk followed a rough path along the cliffs. Overnight the wind had abated and the sky was now blue and dotted with puffy white clouds. Our route took us past the crumbling ruins of several 17th century forts which once provided a means of defense against Spanish marauders. They now stand in ghostly vigil, their only threat coming from the sun sparkles on the ocean as they march relentlessly shoreward on the incoming tide. By lunchtime we’d reached a wide bay with good rollers. The town of Ericeira is known as the Portuguese Mecca of Surf. Novice surfers were attempting to catch their first wave while their more experienced companions were expertly challenging the breakers. Ascending a long stairway, we headed towards the small chapel of Saint Sebastian built around 1600 and noted for its blue, yellow and white ceramic tile work. Arriving at the town’s natural harbor, it was hard to imagine that it was once a hive of activity with cargo ships destined for the UK and Brazil. Today, it’s a sleepy fishing port, its claim to fame and fortune a distant memory.

Sintra, a UNESCO World Heritage Site, attracts tourists of all nationalities by the busload. Our first stop was at Pena Palace which is perched on a rocky peak about 500 metres above the town. The exterior resembles a castle from a child’s romantic fairy tale. We loved the brightly painted pink and yellow walls, the multiple turrets, chimneys, balconies, castellations and watchtowers. In the 1850s, an amateur German architect turned the ruined monastery on this site into an intriguing castle and summer home for Portugal’s Royal Family. We followed the crowds through many of the interior rooms. Most were quite small, the ceilings barely more than seven feet high. In the dining room a large table was extravagantly set for 12 dinner guests. In the sleeping quarters canopied four poster beds looked comfy and inviting. But the bright and airy basement kitchen with its gleaming copper pots and open fireplace was my favourite room. Later in the palace grounds, we followed winding shady paths interspersed with pavilions, stone benches and flora from all corners of the world.

Our tour bus drove the short distance to the Palace of Monserrate, a grand largely unfurnished house built in 1790 in Neo-Gothic style. It was in 1856 that an English architect restored this home for Sir Francis Cook. Monserrate’s domes, towers and pointed archways enhanced with ornamental stonework create a romantic exterior. We wandered about the estate’s landscaped gardens with its artificial lakes, waterfalls and shrubbery. Everything was perfectly manicured … and not a gardener in sight. How true the Spanish saying: To have seen the world and left out Sintra, is not truly to have seen.

Cabo da Roca, the most westerly point of mainland Europe, was the destination for another day’s walk which started in Almoçaguese, an authentically Portuguese village with Moorish origins. We climbed steadily upward along a way-marked path bordered by high bamboo canes and colourful wildflowers. Eventually, we reached a cliff top blowhole. From a fenced viewing platform, we peered down a deep fissure for several hundred feet. We’d anticipated some excitement but high tide was several hours away so we missed the dramatic surge of seawater being forced up the narrow shaft. Continuing our journey onwards, we stopped briefly for a rustic lunch and soon arrived at Cabo da Roca, once believed to be the edge of the world. The scenery here is somewhat wild and desolate. Powerful waves from the Atlantic Ocean crash into the precipitous rock face. The original lighthouse on this windswept headland was built in 1772 and later renovated. No doubt, many a ship’s captain was thankful to observe its faithfully revolving beacon visible from a distance of over 46 kilometres (28 miles).

It was a grey, cloudy day when we visited the Baroque Palacio de Mafra. Covering almost 10 acres, it is one of Europe’s largest and most extravagant palaces and comprises a convent, the palace itself and an ornate basilica including two bell towers containing over 100 bells. Constructed of limestone and marble in 1717, it was built to celebrate the birth of a royal daughter and then abandoned in 1910. There are over 1,000 rooms, innumerable doors and windows, stairways and courtyards. Only a few items of furniture, some sculptures and artwork by great Italian and Portuguese masters remain.

We wandered through room after room stopping occasionally to admire one artifact after another. There was a red room, a yellow room, a games room, a room displaying multiple stags’ antlers. Finally, we came to the largest, longest library I have ever seen measuring almost 90 metres (290 ft.) in length. Rose, grey and white marble tiles covered the floor. Wooden bookshelves lined the walls housing over 40,000 musty leather-bound ancient books. It was an overwhelming sight and a fitting conclusion to our tour.

During our week on Portugal’s the Lisbon Coast, we were fortunate to experience many memorable moments. Our tour leaders were a great resource of information about the country’s long history and cultural heritage and it was enjoyable to be able to explore independently some of the region’s enduring architectural treasures. 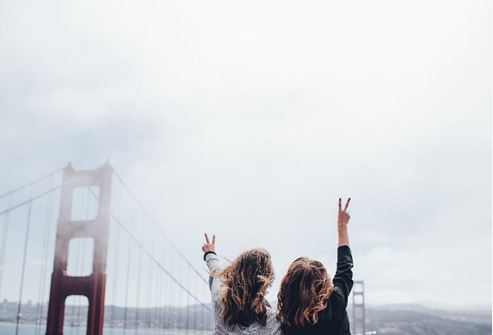 The luckiest people on planet Earth 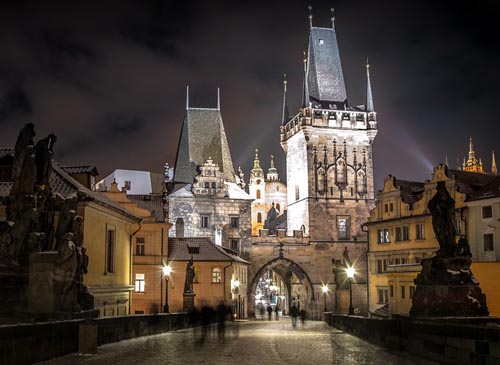 5 cities in Europe to visit for a romantic getaway