I have been waiting for the chance to write this article for a while. One of the single best weeks of my life was when me and my best friend decided to make the trip from Birmingham Alabama to Albuquerque New Mexico on our Irons. His was a mostly stock 2009 with the denim black paint, mine was a 2014 that had been punched out to 1250cc. We had decided months before to take a trip out west with no real plan other than “go West, avoid interstates, and try to see as much as possible of Old Route 66. At points we would fill up every gas station since our bikes had a range of about 150 miles and we were never sure when we would see another stop. We saw historical sights, natural wonders, and had some of the best food I have ever tried (and it came from a truck stop). The morning we started was cold, a little below freezing, in early May. We started out along the interstate to get us through Alabama and into Mississippi and to try to get through the storms that were forming as quick as possible. Then it started to sleet. We rode on for a while and eventually decided we needed to stop and grab some ponchos. Never trust a Wal-Mart poncho to hold up to the winds on a bike. His was shredded within a few miles, mine lasted a bit longer, but eventually disintegrated all the same. If you ever leave your bike outside in weather like that, make sure you use a decent motorcycle cover.

After a few hours we rode into Mississippi, it was closer to lunch at this point and was starting to warm up. We decided to get off of the interstate and just stick with back roads pointing west. Let me tell you, Mississippi has some of the worst roads in the country easily. There were some stretches along these back roads we basically put all of our attention to avoiding potholes, but after a few hours in Mississippi we crossed the Mississippi river and were in Arkansas where the trip really began. At this point after riding through Mississippi one of my pegs had come loose, so we stopped at Walmart to get some supplies and get me a temporary torx set. We spent the next hour here going over everything that had come loose. We decided not to camp the first night since we weren’t near any camping spots and the nearest hotel was dirt cheap. Admittedly we did consider camping at the state wildlife and game preserve, but backed out when we saw a bunch of people out shooting and decided better of it. The next day on our way out of Arkansas we decided to hit the interstate and get some speed in. The interstates had all just been repaved and were perfect. We were flying through cars, getting up over 100mph at some points. Somehow we got lucky and never got pulled over, not sure how.

Going through Oklahoma was exactly what you would expect and it was awesome. There were teepees on malls, the overpasses were decorated, and the cities were amazing. What was even better than the cities though, was the country. Long stretches of endless backroads, old barns, small towns you would never even know existed if you stayed on the highway.

Texas was almost my favorite state. New Mexico took it, but northern Texas is what the old westerns showed us. It was perfect, from a high vantage point you could see for miles, huge ruts in the ground big enough to be a canyon. Stone pillars, somehow still standing, and then realizing that all of it could be a single ranch. It’s awe inspiring.

The main city we passed through on the way out west was Amarillo. I have to say, Amarillo was disappointing. It didn’t have any of the good from a small town or big city, it was a mix of the worst of both. Needless to say we didn’t camp here, we stayed at some fleabag motel because it was the cheapest place around and they advertised a pool. Guess which of those it true. We decided to grab some barbeque since we were in a relatively large city is Texas and were thoroughly disappointed, but that’s enough bad. The best thing about Amarillo was the Cadillac Ranch.

Next was New Mexico, by far this was my favorite part of the trip. In New Mexico the landscape is completely flat until you get to a mountain, and it is not like out east where it builds up to a mountain, it just pops up out of nowhere. New Mexico was also where I had my favorite meal of the trip. It was this little hole in the wall Indian buffet at a truck stop right inside New Mexico. I think it was called Taste of India and was easily the best Indian food I have ever had(in the middle of nowhere New Mexico at that), and one of the best meals I have had. My favorite part was Albuquerque. We decided to stay at the Route 66 hostel and it was the best choice we could have made. After squiding to the bars(New Mexico does not have helmet laws, don’t ever try this at home) and swiping a couple of local bar glasses, we went back to the hostel and just chilled with the staff and one other person that was staying there. The rest of the people staying were pretty anti-social and kept to themselves, but the staff were all very friendly and fun to talk with. We ended up sitting on the porch for a few hours passing around a bottle of whiskey and watching tweakers in the streets which is way less scary than you would think after a few drinks.

One thing I will say about Albuquerque and out west in general, there are way more panhandlers than there are in the east. Every exit, every corner by a store, anywhere you would expect traffic there was someone. At one point we were changing my friends gear oil in a Wal-Mart parking lot and kept getting asked for money. Quickest way to deal with this is to tell them you are trying to get back home halfway across the country and ask if they can spare some gas money. Sadly, no one helped pitch in to pay for our gas.

You may be wondering, “why would these guys be changing their oil in a Walmart parking lot in New Mexico?” Well, we didn’t bring any bike covers since we weren’t expecting rain, but we were wrong. I got lucky and my seal held, but he noticed his was shifting weird and when he checked his oil it was milky. We ended up changing his oil 3 or 4 times to flush out all of the water. Do yourself a favor and take a spare. Even high quality motorcycle oil is dirt-cheap these days, so you have no reason not to.

The trip back was less eventful, but still fun. We decided to check out White Sands National Monument which I highly recommend. It is an ocean of perfectly white sand in the middle of New Mexico. Be careful and stay close to the trails though, the wind is so strong your footprints will disappear within a couple of minutes at most and if you go far enough there are no landmarks to navigate by. Point is, it is an amazing place to see, but be careful. The next leg of our journey, and the last before we really started booking it home, was to a small town in New Mexico called Artesia which is about 50 miles south of Roswell. We managed to limp in close to 10 at night after riding over 150 miles on a tank. Needless to say we were both sweating bullets not seeing a gas station in so long. The town was awesome with bronze statues scattered throughout and murals, but it is 100 miles to the nearest interstate, so hotels were expensive and camping wasn’t really an option in the oil fields

From there we made our way to Dallas and checked out a few local bars, but Dallas, like Amarillo, was disappointing. The next day we rode straight from Dallas back to Birmingham and it was miserable. The realization that we had to go back to reality was the worst part. The storms the last 200 miles and nail in my tire didn’t help either, though.

At the end of it all this was one of the most fun and life changing experiences of my life. This trip was the first time I have been west of the Mississippi River. Not only did we go to New Mexico and back we got to do it from the backs of Harleys and see the real backroads and mom and pop places scattered throughout the country. We got to truly experience this country and I would advise anyone considering taking a bike trip to do it at least once, it will change how you see the world.

Aaron Crane is one of the main writers for www.therevver.com, a website dedicated to both general motorcycling information and in-depth product reviews. 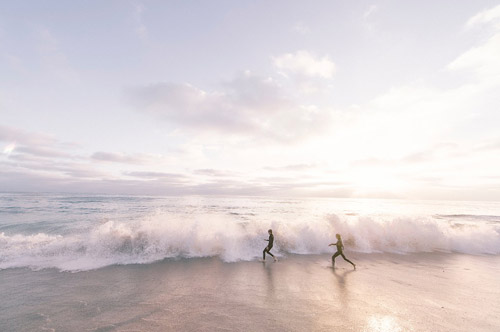 How to regain body confidence before going on holiday 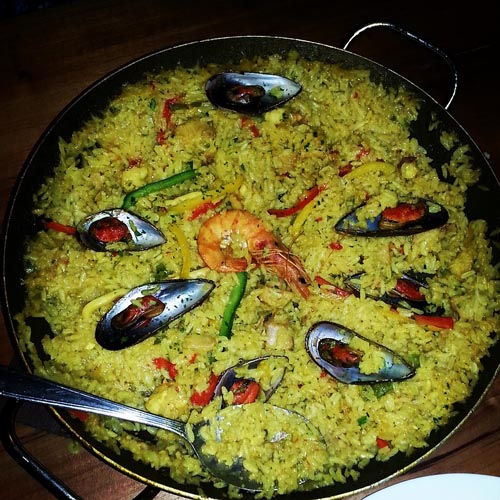 A taste of Brazil: wild street parties and wilder jungles