Most people overlook the qasrs (“castles”) dotting Jordan’s desert plains fifty miles east of Amman and this is very unfortunate. They are among the country’s national treasures and beautiful examples of early Islamic art and architecture. Centuries of history cling to these old stones and tell stories of life as it was during the 7th and 8th centuries through their frescoes, mosaics and stone carvings.

Mainly constructed by the Umayyad dynasty (AD 661-750) and called “castles” because of their imposing size, they were used for various purposes—as military installations, caravan stops, trade centers, resorts, and places where rulers could meet with local Bedouin. At the height of the dynasty, they were spectacularly landscaped and lavishly furnished with treasures from throughout the empire. It has been suggested that the Umayyad rulers built them in the desert as a way to transport themselves back to their Bedouin roots. When I was there in late 2016, I selected three of the best to explore—Qusayr (“little castle”) Amra, Qasr Al-Kharrana and Qasr Al-Azraq. My guide Omar picked me up at my hotel in Amman for a private tour which I had arranged online at www.viator.com. It takes about an hour to drive from Amman to the area where the castles are located. December can be cold and this was low season for tourists so I often was the only visitor and had the luxury of having the castles to myself. I spent almost four hours walking up and down old stone steps, imagining what it must have been like in the 8th century. One of the castles, Qusayr Amra, provided an interesting peek into the tawdry side of the aristocracy. Qusayr Amra is one of the best preserved and best-known of the desert castles and has been designated a UNESCO World Heritage Site for the incredible 8th century frescoes on its interior walls. There is a visitor center near the parking lot which provides some detailed information about the site, its history and the frescoes. The qusayr is a short walk down a small hill from the visitor center.

The building is small and low and made of pale yellow limestone and basalt. It was built in the early 700’s AD as part of a larger complex and is distinguished by three half round quonset-style roofs. It was probably used as a country cabin “retreat” for the royal family and, unlike many of the desert castles, this one had no military function.

The frescoes, dating from the 8th century AD and restored in the 1970’s and 1980’s, cover the interior walls, archways and vaulted ceilings. They depict hunting and pleasure-seeking hedonistic scenes of wine, naked women and fruit, and they are done in vivid blues, reds and yellows. Along the right-hand wall of the main entry chamber are scenes of hunting, a mostly-naked woman stepping into a bath, and dancing bare-breasted women with baskets of fruit on their heads. In an adjoining room are depictions of animals dancing, clapping and playing musical instruments and, on the ceiling over the hot-water calidarium, there is an accurate representation of the zodiac. Two of the rooms have floors that are paved with mosaics. Besides the main audience room right off the entrance, there is an alcove and three other sensually and gaily frescoed rooms that make up the baths. It appears that the Umayyad caliphs and princes came to their secluded “retreat” in the desert with more on their minds than praying to Allah. It is unclear what this building was used for, but the most widely accepted opinions are that it was either an inn or a meeting space for the aristocracy from Damascus and the local Bedouin. It looks like a fortress with its square shape and mighty and intimidating size. But, because the distinguishing round towers at each of the four corners are solid and therefore could not have been manned by soldiers, researchers have concluded that it was not used for military and defensive purposes.

This qasr has been restored and is in excellent condition. It is considered to be the most photogenic and atmospheric of the desert castles. It has two stories and is composed of stables and many small rooms which open onto a central courtyard. Slits in the walls were most likely for ventilation and light, not arrows. It is easy to imagine guests of the inn staying in these rooms and mingling in the courtyard. On the upper floor are carved plaster medallions decorated with stylized plants and some old “graffiti” in Arabic that has helped researchers determine that it dates from roughly 710 AD. What distinguishes this qasr is that it has been in continuous use since late Roman times and most recently as the military headquarters of T. E. Lawrence (Lawrence of Arabia) during the Arab Revolt against the Turks in 1917-1918. It is a fort as well as a castle and is made from black basalt. It was first built in the 3rd century by the Romans, and later rebuilt by the Arabs after it was destroyed during the Crusades. The present form dates from 1237. In 1927, the qasr was damaged by an earthquake and that is why it is in the condition it is today.

The bleak room where Lawrence spent several months during the cold winter of 1917-1918 is accessed from the courtyard by the stone steps to the right of the entrance. From his windows, he was able to see most of the property and could keep watch over his troops and an eye out for possible invaders.

There is a museum on the opposite side of the courtyard which contains stone carvings and other artifacts found on the property. The keeper will unlock the door for you. Sheraton Amman Al Nabil Hotel, 5th Circle, Amman 11184 Jordan; tel: 962 06 593 4111. A substantial breakfast buffet is included with the price of the room.
Rami Ahmaed (tour guide out of Az-Zarqa, a suburb of Amman), [email protected] I highly recommend Rami to take you to see the sights anywhere in Jordan, including the desert castles. He is dependable, an excellent driver and a knowledgeable guide.
“Private Tour: Desert Castle Tour of Eastern Jordan from Amman” arranged online at http://www.viator.com. Is it safe? Jordan is surrounded by war-torn countries and has suffered from its own terrorist attacks. In light of the recent attack in Kerak, 75 miles south of Amman, the U. S. Department of State warned that tourists “must consider the risks of travel to and throughout the country”. The people are warm and welcoming and there is a high level of security throughout the country, on the roads and in all hotels. Also, the tourist police are highly visible. As in many countries in today’s world, tourists should exercise caution and follow the instructions of the local authorities. It is strongly advised to stay away from areas close to the Jordan/Syria border. None of the desert castles are in this area.

About the author: Elizabeth von Pier loves to travel. After she retired from her lifetime career in banking, she started traveling more frequently, photographing the sights she saw, and writing about her experiences. You can find her articles in In the Know Traveler, Go Nomad, Wave Journey, hackwriters.com, travelmag.uk.com, and Travel Thru History. 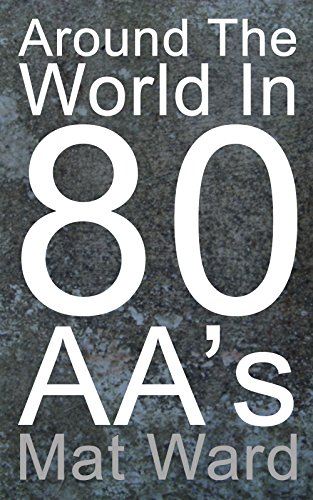 A very lively AA meet in the heat of southern India

How to save money when traveling