Brazil is one of the first countries that travelers envision exploring South America, and with good reason.

From the famous Rio Carnival to the rugged jungles of Pantanal and the Amazon, Brazil left me forever changed and I personally don’t think there’s a country on earth that comes close to competing.

About The Boarding
For roughly 20 BRL I was able to get a dorm room in a hostel, although I had to share it with a few other backpackers which livened up the vibe. The reason why I chose not to get my own room was mostly based on the ridiculous prices, which increased to as much as 100 BRL. I had heard from another friend that there are also a lot of smaller, family-operated inns and hotels to be found in and around the major cities, which costs about 50 BRL per night for a bed. But honestly, my time at the hostels was unreal and led to some wild sh** that I’ll not get into as my mother could be reading this… Brazilian Food Is the Bomb
If there’s one thing I really appreciated about Brazilian food, it was the affordability. There are a lot of joints around the major cities where I scored a three-course meal which included a drink, and it only cost me about 15 BRL. I also indulged in a few fancy meals served at the more up-class restaurants, which cost somewhere around 35 BRL.

Hop-On-Hop-Off
One of the most convenient ways for me to travel around Brazil was with the long-distance buses. I paid somewhere between 8 and 10 BRL for one hour’s travel, which equates to a total of about 440 BRL for a trip from Rio to Sao Paulo. I reckon that you’d be able to Uber your away around town nowadays, but there are also a lot of taxis operating in the big cities, which means that getting from point A to point B should be a painless experience.

How I Saved $$$ in Brazil
First things first: I explored Brazil during the off season, which runs between April and November. The fact that I was totally cool with the idea of sharing a hostel dorm room with other backpackers also meant that I was able to save some dough on accommodation costs.

Details on the Jungles and Wild Parties of Brazil
Armed with all the gear I needed, I was ready to explore the wilder side of Brazil (well, at least the side that didn’t involve partying up a storm). First I headed out to the Pantanal, Brazil (and the world’s) largest wetlands. On offer here was the opportunity for me to see some 11,000 species of animals that call the wetlands home, and yes, I did spot a Hyacinth Macaw!

Once I had that experience done and dusted, it was time to see what all the rage was about at Iguacu Falls. Let me tell you this: it was worth the trip up to the Argentinian border! The Iguacu Falls is a UNESCO World Heritage Site, and since they’re twice as wide as (and much higher than) the Niagara falls, it’s definitely a must-see site while you’re in Brazil.

The last of my experience jungle trekking went down in the Amazonia National Park, which spans across 40% of Brazil’s land surface. The Amazon is simply captivating and with 50% of the earth’s biodiversity calling this space home, it’s the perfect spot for nature explorations and trekking!

As far as the partying scene in Brazil goes, I experienced it in full swing. During my time spent in Rio de Janeiro (the world’s 5th largest city) I mixed up the idea of seeing the great museums and historical sights during the day, followed by checking out the seemingly endless parties that kicked off at dusk. Most mornings I woke up and needed some down time, my body definitely didn’t appreciate being in Rio de Janeiro.

More Places in Brazil I Recommend
Besides just checking out the Amazon and enjoying the party vibes of Rio, there were quite a few places that stole my heart. Here are a few top spots I’d recommend any backpacker see while they’re in Brazil:

Floripa – the Island of Ilha de Santa Catarina is a haven for sun worshipers and surfers and it’s also one of the most famous beach destinations in southern Brazil. I especially enjoyed the Azorean fishing villages and the electric nightlife that went down on the beaches until the break of dawn.

Fernando de Noronha – as a UNESCO World Heritage Site and Brazil’s first Marine Park, the volcanic islands of Fernando de Noronha is well worth seeing. The islands are mostly protected (70% of it), and I had to make sure that I booked my seat to explore it as only 420 people are allowed to visit the islands per time slot.

Sao Paulo – Sau Paulo has over 17 million inhabitants, which means that it’s a buzzing city. I remember being captivated by the street music and the fine cuisine on offer. One thing you don’t want to miss out on while you’re here is the nightlife, which is world-class!

Recife – for the beach bums at heart, I strongly recommend a visit to Recife, which has some of the most picturesque beaches you’ll ever lay your eyes on. There’s also a historical city center that’s crammed full of restaurants and little shops, which made it an awesome place to discover.

Manaus Municipal Market – while I was in Manaus, I made sure to check out the acclaimed Manaus Municipal Market. Man was it worth it! Situated on the bank of the river Rio Negro, this market spans across 12,000 square meters, selling just about everything and anything you could ever need.

Final Thoughts
The information I just shared with you is part of what changes me as a human being, well, in a nutshell at least. Brazil is a country that I’d go back to visit on an annual basis if I had the opportunity to do so. I don’t think one could ever have enough time to explore all of its natural (and man-made) wonders, and

I hope that this post has inspired you to plan a little Brazilian outing of your own!

About The Author
I’m Dan, and I’m the Editor in Chief of True North Athletics. I’m also an avid adventurer, digital nomad and traveler. I enjoy all types of outdoor sports, a good golf tan, and spontaneous weekend trips. I currently live in Brazil where I can be found frequently hiking the rain forest around my city! 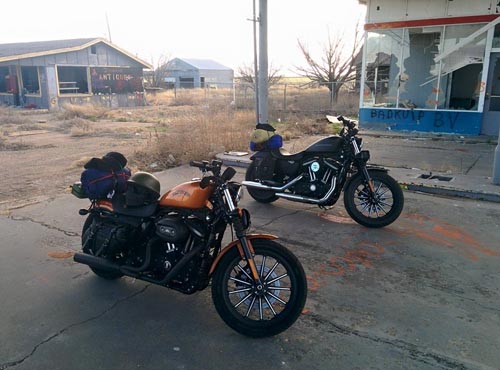 From Birmingham to Albuquerque on two fast wheels

5 best places to visit in the UK