A holiday has one simple requirement, and that is to let the recipient relax. For many people however that can mean wildly different things. For some, looking to escape their lives at home, they might need something a little stronger than a massage or meal. Every year thousands travel the world looking for the best place to let their hair down and party the night away. Doing this at home can be safe, but taking it overseas can complicate things and also come with a few dangers you may not be aware of. Ibiza is going to be atop anyone list who deems themselves a party animal. While the Balearic island does boast some of the best nightclubs in the world, it has also been beset with drug issues and in 2013 two British girls who worked on the island were detained in Peru on drug smuggling charges. They were thought to have been groomed for the job in Ibiza.

Most will joke that in Ibiza the most criminal part of a night out is the price of basics like a bottle of mineral water, but in truth the island is covering a dangerous side. In the 1970’s it was “happy” drugs such as marijuana and LSD, but now the emergence of cocaine and MDMA has meant the streets of towns like San Antonio are often filled with cat and mouse chases between dealers and police. So well hidden is the problem that you are likely to be sold a pair of sunglasses from the same man who will also sell you cocaine!

Made famous in the song ‘Come Fly With Me’ by Frank Sinatra, Acapulco was indeed the centre for parties in it’s heyday. The Mexican city is now in the throes of a terrifying gang problem that has turned the streets from a vacation haven to a gangland hell. Acapulco is now deemed to be one of the most dangerous cities in the entire world. It sits behind places like Baghdad, Kabul and Aleppo on the list. Long gone are the days of late nights and dancing on the beach. The local government insist that the city is more than safe for visitors, but news stories beg to differ. The violence gets mightily close and even interweaved with tourist hotspots and beaches.

Thailand is massively popular for the full moon parties that take place across the country, originating on the island of Ko Pha Nagan. Though it started as an all-night beach party on nights with a full moon it seemd to have become any night with a moon! All these new visitors means that the Thai infrastructures struggle and roads become especially busy and dangerous. On New Years Day this year Thailand suffered “seven dangerous days” between December 29th to January 4th, during which 478 people were killed and 4,128 injured. This is likely due to intoxication the after New Years Eve. With a country known for parties that last all night, the mornings are likely the most dangerous times of day. Best not to drive in Thailand!

Brazil is a country filled with spectacular culture for a tourist looking to enjoy themselves. Music and dancing is a core component to Brazilian life, so it is understandable that avid party goers will want to visit its cities and experience the carnival lifestyle. Rio de Janeiro is the hub of all this activity. Unfortunately, the attempts by the police to clear out the favelas of crime in time for the Olympics seems to have failed and crime is returning in this picturesque metropolis. Petty crime is rife in the streets and so sensible precautions should be made, but it becomes even more dangerous at night and unfortunately that is likely going to be the time you are most vulnerable partying.

5 best places to visit in the UK 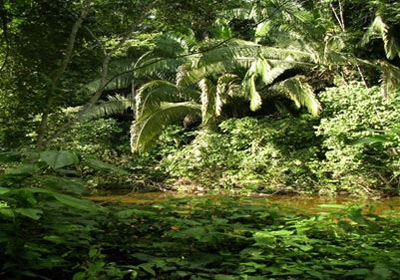 Tunneling into the past: an underground glimpse of the Mayas