Lisbon, Portugal’s hilly capital since 1253, is one of the oldest cities in Europe. We found that the best way to discover the City was to walk along the streets or take the local transportation. In this way we reached many of the major attractions … the hilltop Castelo de São Jorge (St. George’s Castle), the Romanesque Sé Cathedral, the narrow winding lanes of the Moorish Alfama district and the iconic Tower of Belem, one of the seven wonders of Portugal. Our first stop was the Lisbon Story Centre. A heavy rain squall almost dampened our spirits but, dodging puddles and umbrella spokes, we soon reached our destination. Listening to the audio guide enhanced the hour long multi-media presentation. It was a huge learning experience. The story began by explaining that according to legend the City was founded by the Greek explorer, Ulysses. It continued with anecdotes that included Lisbon’s many early conquests by various foreign powers, the Age of Exploration and Discoveries at the end of the 15th century, and a cinematic re-enactment of the great earthquake of 1755. Now more aware of the City’s long and intriguing past, it was time to start exploring.

The next day we headed to Rossio Square in the City’s heart and an important meeting place for locals and tourists alike since the Middle Ages. This popular square with its two Baroque bronze fountains, colourful flower stalls, towering central monument topped by a statue of Dom Pedro IV, a former King of Portugal, and surrounding 18th century buildings, is a great place to sit and relax. It is paved with an undulating pattern of tiles that mirrors the action of the ocean. Even gazing at this wavy configuration for just a short time made us feel just a little bit unsteady. The intriguing designs or calçada portuguesa are created by skilled artisans using small flat pieces of white limestone and black basalt and are one of the City’s distinguishing features. We continued on down the pedestrian-friendly Rua Augusta. At the triumphal Arco da Rua Augusta, adorned with statues of historical figures, there is an elevator and stairway that leads to the top of the monument. Now 100 ft. above ground level we were rewarded with sweeping views of the Tagus River. We looked down on the government buildings and graceful arcades which border the Praça de Commércio or Terreiro do Paço. In the centre stands a magnificent bronze equestrian statue of King José 1. Shortly after his coronation in 1750, he ceded effective power to the Marquis of Pombal who was primarily responsible for the rebuilding of Lisbon. We strolled down to the river’s edge where two tall columns stand on either side of a wide marble stairway. This is the Cais da Colunas (Columns Pier), the ancient gateway to the City. Seated on a stone bench, it was fun to witness daily life on the Tagus as well as the antics of the seagulls, pigeons and fellow tourists.

Later, we took a sightseeing cruise along the river. We chugged slowly past a statue of Cristo Rei with his arms outstretched set atop a 28 meter high pedestal on the southern shore. Continuing westward, we slid silently under the April 25th bridge where the traffic thundered above us before approaching the City of Belem. From the water, we had a good view of the Monument to the Discoveries. Shaped to resemble a ship’s prow with Henry the Navigator at the helm, it includes statues of 30 people who were integral in the Age of Exploration and Discoveries in the 1500s when Lisbon was the world’s most prosperous trading centre. Next to come into sight was the Tower of Belem, a small stone fort originally built to guard the entrance to Lisbon’s harbour. On the return journey, we gazed up at the Moorish Castelo de São Jorge perched on the City’s highest hilltop. Dominating the skyline, this stronghold was the country’s seat of power for over 400 years.

Upon leaving the boat dock, we headed uphill towards the centuries-old Sé Cathedral, once the site of a Roman forum. It has two bell towers and exhibits a strange mixture of architectural styles. Its dark grey façade give it a fortress-like appearance. When we arrived the forecourt was buzzing with activity … there were cars, trams and people everywhere. Inside everything was so peaceful. Gothic arches soared above our heads to high vaulted ceilings. The interior was rather gloomy but our attention was soon drawn to a large screen behind the main altar, carved and decorated in gold leaf brought from Brazil. We also found several stained glass windows depicting Christ and the 12 apostles as well as those of St. Anthony and St. Vincent, both patron saints of the City, to be quite impressive. A tour of Lisbon would not be complete without a ride on one of its old yellow trams dating from the 1930s. A loud bell announced the streetcar’s arrival and we climbed aboard. Packed in like sardines with our senses fiercely attuned to any pickpockets, we were jostled at every stop by passengers embarking and disembarking. It was a bumpy ride as the no. 28 climbed the tracks up the steep hill to the Castle. From this vantage point we had a commanding view of the City’s rooftops.

From the Castle we wandered down a steep narrow cobblestoned street to the Alfama, Lisbon’s oldest district. The area has been through many reincarnations. In the 5th century it was home to the Visigoths. By the mid 1100s, it had become an upper-class residential area for its Moorish inhabitants. Years later it became home to working-class folk, fishermen and many Jewish people who were subsequently ousted by a royal edict.

The whitewashed houses are closely packed together, some even lack bathrooms. The whole area exudes a beguiling charm. Lines of washing hang from upper floor windows. Here a cat lies curled up on a windowsill, there a local chats to her neighbor across the passageway and yonder a dog ambles down the street. With so many interesting distractions, it was hard not to lose our bearings in this maze of medieval alleyways.

Our wanderings through Lisbon, a city steeped in history, resembled an adventure through time. Where some saw devastation, Pombal saw opportunity. Where poverty once haunted Alfama’s alleyways, merchants now welcome curious tourists. Where royalty once resided, commoners now walk the Castle’s ramparts. Where once sailors feared the unknown seas, Portuguese caravels embraced its exploration. Where Lisbon’s invaders once proudly strutted, our footsteps now echoed silently in their wake. Our trip to this fascinating Portuguese capital had been enjoyable as well as informative. 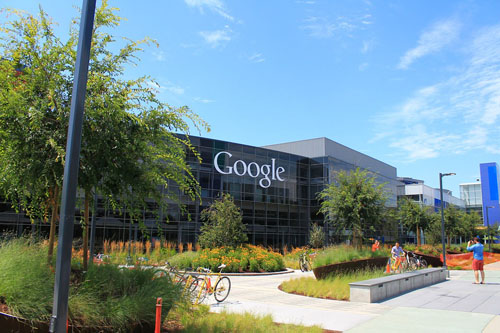 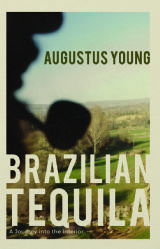 A gritty glimpse of Rio behind its postcard image