The taxi ride from the airport to my Rio hotel is a long tracking shot before the credits come up. Char-baked industrial plants, graveyard villages, shacks with clothes hanging outside, disused factories, hoardings for multinationals, rubbish dumps. Life stirs on the outskirts: a black man on a bike: vultures notched on a fence wait for a cat to kill a rat: a truck with migrant workers hanging off the back drinking in the dust. I am on heightened alert. Approaching the city, elevated carriageways torque the air like futuristic railway tracks. Rio’s skyline is obliterated by low cloud. No sign of the Sugar Loaf or Christ the Redeemer. A fax greets me at reception. ‘Welcome to Brazil. Pedrinho.’

The bellboys standing around are Milton, Washington, Robson, Hobson and Socrates. I see their nametags. The manager is Senhor Adolfo Furtado. Rio Othon Palace Hotel encompasses all an international tourist could want. Saunas in the basement, swimming pools on the roof.

The lobby ambience is artificial jungle. Plastic hummingbirds dart in water features, draped by a tapestry of rain-forest in sunshine. The mural is a garish ‘Spanish Dogs Attack the Tupis.’ Wall mirrors reflect picture postcard scenes of Rio from blowups painted on the smoked glass facade. Drinks come with feather boas.

Juggernauts hurtle past as I cross the road to Copacabana beach. It is a litter desert with sun umbrellas instead of palms. As though dissociating itself from squalor, the ocean rampages the coast, unfurling boys surfing with driftwood. According to O Dia, the Rio newspaper, at weekends an average of twenty people drown on the coast. But since the lifeguards went on strike the deaths are down. City Fathers stand firm, ‘The life guards want more pay for increasing the death-rate?.’ I bask at the edge of the tepid foam.

My clothes are being fumbled by boys, who run off as I approach. Young men playing beach football have turned a blind eye. I upbraid them in my phrase-book Portuguese (‘totally lacking in the civic courtesies’). Rio, crime and football capital of the world, is living up to its reputation in the South American Handbook. Here scavengers from the shantytowns are frequently bludgeoned by jackbooted police waving guns. I won’t be calling a copper. Nothing has been taken.

Sheepishly, I retire to a barraca for a shot of cane juice. The shack is subsiding into the sand, but not me. A hundred-percent sugar raises the spirits. My head clears.

I find beach life anywhere is demeaning, preferring to swim off a rocky shore. It is the sand. You jump into the sea to get rid of it and it’s back again when you come out. You think you’ve got rid of every grain between the toes, but it follows you, and ‘There’s sand in the porridge and sand in the bed/ and if this is pleasure I’d rather be dead.’ Noel Coward got it right. On Pedrinho’s advice I’m carrying single American dollars in socks for the street boys. ‘If they come at you, it will be a relief to them not to have to rob you.’ I decide to take a public bus. It ascends through leafy suburbs into the low cloud. Black Orpheus, the movie, territory: hillsides of huts fenced in by fierce cactuses.

Suddenly there are people everywhere. Ragged gap-toothed youths, thin as rakes, play skilful football with a green coconut. Old men and women trudge up unpaved lanes. In the grit-laden air they could be Van Gogh’s coal mine folk.

As the bus stalls on a steep incline, children leap on the roof. They slide off, clinging to the windows: old faces on stick bodies. Buses do not stop in the favelas. Hernias of poverty in Rio’s upper reaches, they eat into the hills and depend on rain for sanitation. People make do. A cesspool outside a collapsing shanty seeps down to a lower level onto freshly bambooed cabins, sewer-moss growing over the cracks.

I open the window and the noise is all human life. Cries of children vie with people shouting salutations from hut to hut.

The musicality of Brazilian lends a singsong intonation which in my ears catches the theme tune of Black Orpheus, but I think a certain sentimentality has got the better of me. Nevertheless, my somber mood is lightened.

Giving my seat to a one legged man, I hang from the railstraps, clutching my hold- all. A chunky man in a denim suit squeezes beside me, and says, ‘Buses are for local people. Not foreigners. It is wrong to take up space.’ His English was school-teacher perfect and I complimented him. He is not best pleased and remarks ‘Tourists like to try out their phrase book Portuguese. And we are suppose to feel flattered.’ I get off at the next stop, and take a taxi to the hotel.

Dispirited less by Rio than my failure to negotiate, I fall back into the comfort zone of a round-trip by plane in homage to Oscar Niemeyer architectural wonders. Brasilia, Belo Horizonte in Minas Gerais, taking in the golden city of Ouro Preto, I wasn’t disappointed. But I’m soon sated by cultural tourism, and on my return I decide to head for the Northeast.

Extracted from Augustus Young’s very excellent new book Brazilian Tequila, available direct from the publisher or, of course, from Amazon. 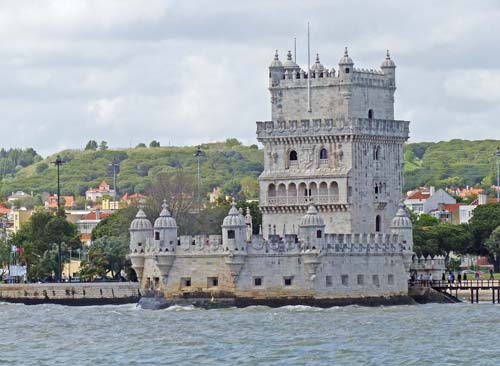