I had been awake for most of the night, just lying there – mixed feelings going around in my head, feeling nervous and excited at the same time. I was just about to travel to a city in a country to which I had never been before, having not travelled for quite a while – that is what made my adventure all the more intriguing and appealing. I was also apprehensive as, even though I am not in a wheelchair, I have got cerebral palsy, which led me to wonder how disability friendly Cologne was. I need not have worried however, as both the journey by Eurostar and getting around Cologne was easy to navigate. There are steps up to the city centre when you first arrive on the platform, but they have got handrails either side.

When you hear of holidays advertised to Germany, they are mostly to Berlin. However, there’s an underrated city – Cologne. Compared to Berlin, the most visited city in Germany with 24.9 million tourists, and Munich with 12.4 million, Cologne has 5 million. Not only is it a great city, it is the warmest place in Germany with mild winters and moderate summers – the Winter temperature is normally between 10 and 11 degrees. Cologne can hold its own by any measure. Unlike Berlin, Cologne is an intimate City – if you do get lost, follow the cathedral spires to get back to the station or Hauptbahnof. This station is the busiest in Europe, serving about 280,000 passengers a day and running approximately 1,400 trains. There are also links to other places in Europe, such as Berlin, which is 3 hours away, plus Bonn and Brussels, to name but a few. The station is also an attractive shopping centre with cafes and restaurants. One of the first things I noticed when I walked up the steps leading out of the station, was exactly how compact Cologne is, and whichever exit you choose, you are a stone’s throw away from the city centre. However, if you’re a first time visitor, you may want to ask someone for directions. Almost everybody speaks English so do not worry if you cannot speak German.

The majestic and awe inspiring cathedral (to the left is the cathedral from the south) is a must for any tourist. It has been listed on UNESCO World Heritage, and has 10,000 visitors every day. The interior space has a ground area of more than 6,000 square metres and can hold 12,000 people. Just the roof area alone covers 12,500 square metres. The height of the cathedral is immense and inspiring – the nave has a length of about 160 metres and a height of 43.5 metres. The first time visitor could easily spend several hours just taking in the sheer magnitude of the architecture and, as I have already mentioned, it is a landmark for miles around and can be seen from just about anywhere in the city.

In the main city square, apart from the cathedral, there is a vast array of shops to explore, together with cafes and restaurants for that welcome post-architectural drink. This is very accessible for people with disabilities, so it was a very pleasant experience.

I stayed in the Hyatt Regency hotel, which is about 10 minutes walk from the station (or about a 10 minute taxi ride from the airport). “There is something for everyone in Cologne, lots of things to see and do, and we would like to welcome more British tourists to the Hyatt” says Stefan the hotel concierge manager.

The hotel is extremely welcoming, with breathtaking views of the cathedral with a restaurant and beer garden overlooking the Rhine. There are lots of wonderful things on offer – including a reinvigorating spa, gym, sauna, Jacuzzi and swimming pool.
It is situated in a perfect location, and anywhere in the city is just a short walk away.

To reach the hotel on foot from the station, you need to cross what is described as ‘the most travelled railroad bridge of the world.’ – it contains two railroad bridges and one pedestrian bridge. Since 2008, lovers have charmingly used the bridge for attaching lovelocks to show their love for each other for eternity.

Coming from the hotel, walking over the bridge, turn left just before you get to the main city square, down some steps, with a ramp for people with disabilities, you will be walking along the banks of the Rhine, the main river flowing through Cologne, and the second largest river in Central and Western Europe. About 15 minutes walk this way following the river, you will find Cologne’s ‘guilty pleasure’, the Chocolate Museum, an indulgent and luxurious way to spend a couple of hours. Once inside, you will be able to explore the history of chocolate through interactive displays; you can even watch commercials for chocolate in the Chocolate Cinema! You will also be able to stroll through the greenhouse, which contains trees from which cocoa beans grow and the process the beans go through to become a chocolate bar. After all this, the chocolate fountain awaits where wafers are distributed and dipped into the glorious confection. Finally, there is a dangerous chocolate shop and cafe where temptation becomes reality.

If you’re planning to take a festive trip to Cologne, you’ve got to experience the wonder of the Christmas markets. The best way to see them is to board the Christmas Market Express. These magical mini-trains run every 15 minutes from specially marked stops outside each one. Wandering round the markets is a lovely way to spend an afternoon – the mulled wine is fantastic! However, they are crowded and can be a bit overwhelming if you’re unsteady on your feet like I am!

Depending on how weary you are after markets and mulled wine, take the weight off your feet by sampling some of the fantastic restaurants Cologne has to offer – Indian, English, Chinese, you name it, they’ve got it.

One of the main attractions is Cologne Zoo, possibly the oldest, and most modern, in the world. Home to more than 7000 animals, including 700 species from all over the world both territorial and aquatic, the latter being housed in an amazing aquarium. At over 20 hectares, it will easily take an afternoon to see everything, but it is well worth it.

For a part of my walk back to the hotel, I became caught up in the Cologne Triathlon. As a result of that, the bridge that I normally walk over to get to the hotel was closed, and so were the next two. I walked about 8 miles that day, and I was grateful for relaxation when I got back to the hotel.

I have been to Cologne four times and every time I return I find something or somewhere new to explore. Whether you are caught up in a big race or not, it is a beautiful city. The delights of the Chocolate Museum, the splendour of the cathedral, the sheer magnitude of the zoo, the sights and smells of the Christmas markets, there is something for everyone. If you have a disability, it is very accessible and welcoming. If you want a city break, you won’t regret it. 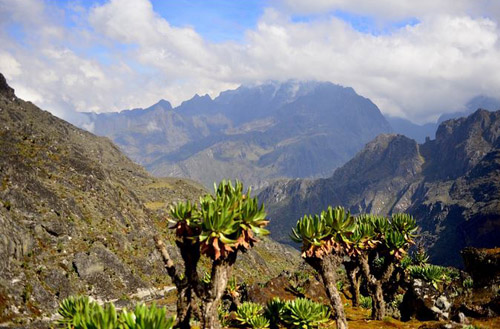 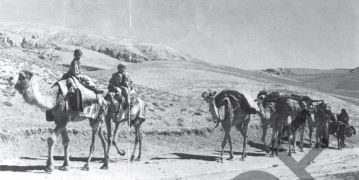 Hippy-trailing into Afghanistan in the days when you could