We are in Karbol, an Iranian town by the Caspian Sea, on the way to Meshad. We could not get a bus directly there from Tehran. Yesterday evening we were offered a lift from an Iranian (no, he was Turkish) but we are still waiting for him now. It seems that he has not shown up, so it looks as though we’ll have to stay here another night. Karbol is a sweet little town, although I think it is not so little for an Iranian town. The bus ride here was quite eventful. My voice was twice as bad, or should I say – non-existent, so I had to sit like a stuffed cabbage all the time. I could only whisper, and Paul couldn’t always hear me as there was so much chatter on the bus. We passed through the mountains and some beautiful gorges. The scenery reminded me of Switzerland. There was deep snow, and pretty little chalets dotted the countryside.

This area did not seem nearly so poor or primitive as that on the other side of Tehran. The snow was so deep and the roads so icy that the bus had to travel at a very slow speed, and stopped about three times during the journey for half an hour.

On the ‘Magic Bus’ to India Each time a man had to get under the bus and fix something – then there was a flat tyre! No wonder the bus fares are cheap. The trip cost us 120 rials – less than £2. All the women on the bus were covered from head to foot and everyone took great interest in us. It was a pity that I could not speak to them, but only make a gruff noise in my throat! At the end of the trip, piles of nut shells, paper and orange peel covered the floor. In these buses everything is thrown on the floor!

When we arrived here, we tried to find someone who could speak English. Of course, so many Iranians came up and chattered away in Parsi but we couldn’t understand. Eventually, by chance, we found someone – a boy of eighteen. He had learned English by himself at home by means of a grammar book. Very funny English he spoke. It must have been (in fact it was, for we saw it later) an old fashioned, outdated book, full of polite phrases! He spoke very theatrically with much gesticulation and emphasis. The book even had mention of Queen Victoria, I noticed! This boy was very nice to us. He came to speak with us while we were sitting in a tiny cafe. He worked in his uncle’s photography shop next door. There are so many of these places – people must love photos! I don’t carry a camera myself. Someone must have told the boy that there were two English-speaking people next door. As always, we were the centre of attraction as we walked through the streets and wherever we went. The boy came into the cafe and introduced himself, bowing slightly and shaking hands.

We asked him for some Iranian words as so few people speak English here. Later we were invited to his house for dinner. We had to walk down a muddy lane to his house where we met his family – mother, father, sisters, brothers, nieces, nephews – all sitting on cushions on the floor around a low table. They were all very fat and the women wore long, unshapely dresses that draped unglamorously from their bodies and old, unattractive looking cardigans. They led us into a second room, more luxurious looking, with a Persian carpet on the floor and a table laden with sweets and biscuits and oranges which they urged us to eat and eat. They brought tea also, but the dinner was taking so long to cook that after waiting for more than two hours we did not wait for the meal but left as we were both tired and feeling unwell. I felt guilty about leaving before the dinner was cooked but Paul insisted that he did not want to wait any longer. We booked ourselves into a little hotel for 125 rials a night – each.

We are still here. There are no showers, only taps, but it is quite reasonable and clean in comparison to other places we’ve stayed. However, if we have to stay here again tonight this is rather a waste of money and time, as we could have caught the bus this morning. Food and accommodation is comparatively expensive here. Last night at about 9.30 pm, the Turk, Ali, whom we had spoken to before, came in and offered us a lift. We managed to converse with him through our few words of Parsi that we have learned, sign language and picture drawing. Paul and I had an argument last night – about sex of course! Since we came away from the bus we have shared a room but I realise this is probably a mistake. I like him but I am not in love with him. I don’t want to have a physical relationship with him.

Top destinations for a party holiday this summer the World 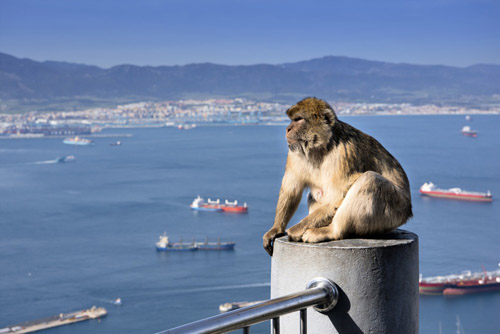 A short break in Gibraltar: fun and relaxing