In January, we escaped Vancouver’s unusually snowy winter and arrived just six hours later in Rincon de Guayabitos on the Riviera Nayarit in Mexico. Guayabitos is a small village nestled between the rugged Sierra Madre Mountains and the Bay of Jaltemba on the Pacific Ocean. Here we were greeted by sunshine, a cloudless blue sky and temperatures in the mid-twenties. It was just about perfect! Revelling in this welcome warmth we left the hotel and walked along the main road. We were careful to watch our step as in some places the pavement was very uneven and in others was crumbling away. The street was bustling with activity. On either side it was lined with restaurants and stores selling a variety of merchandise, swimsuits, beach toys, jewellery and local handicrafts. Continuing to explore the town, we turned towards the water. On one block we came across a row of single storey buildings whose walls were brightly painted in cerise, bright blue, sunny yellow and vibrant orange. Their whimsical decoration brought a smile to my face. Looping back along the beach to our hotel, our footprints sank into the soft white sand. There were people playing volleyball and soccer; children building sandcastles or playing in the warm water; vendors plying their wares; sun-worshippers relaxing on loungers and folks paddling kayaks or zooming around on banana boats. We paused awhile and watched the brown pelicans and swallowtail kites wheeling and soaring overhead. Eventually, one pelican or more would swoop down beside a canopied pushcart selling grilled fish on a stick and wait patiently until a few tasty morsels were tossed their way. Then, they’d hover overhead again anxious for the next treat. Dotted along the shore was an array of palapa-covered restaurants offering ice-cold drinks and tasty snacks. Many a time we were enticed onto these beachside patios where we relaxed and absorbed the local ambience. It was a colourful scene and one constantly in motion. Strolling along this wide sweeping beach became one of our favourite pastimes. There were other nearby beaches, too, at Los Ayala and Sayulita. From the popular swimming beach at Playa Los Ayala we hiked across a narrow headland to find ourselves at the Kissing Beach, a small hidden cove, where fewer tourists ventured. On the other hand, the beach at Sayulita, the “crown jewel” of the Riviera Nayarit, was much busier. It is known for its fishing, surfing, paddle-boarding, palm trees and beach umbrellas. This magical little village with its cobblestone streets and dirt roads enlivened by multi-coloured flags strung overhead took us back to those heady days of the hippie era.

On several occasions, we ventured further afield. One day we joined a small group for a visit to Santiago de Compostela. This town was founded by Spanish conquerors around 1530. In its early days it was the capital of the ancient Kingdom of New Spain. En route we passed fields planted with sugar cane, corn, tobacco, bananas, pineapples, coconuts and mangoes as well as many unfinished houses. In Mexico, we learned that an incomplete building is only subject to land tax thus alleviating the owner from paying the applicable property tax.

Our first stop in Compostela was at the Municipal Palace built around 1600. We passed through heavy carved wooden doors into the inner courtyard which still retains its original grey and white ceramic tiles. Adjacent is the 16th century Church which can accommodate up to 2,000 parishioners. A stunning gold leaf altar and a German organ were the stars of the bright, spacious interior. Leaving the Church, we emerged into a small plaza. There was a bandstand, statues of the Apostle Santiago mounted on horseback and of Morales Miguel Hidalgo, a revolutionary for Mexican independence, and an 80 ft. high wooden pole. Only one of our group guessed the real purpose of this pole. Listening to our guide recount this ancient ritual brought it vividly to life. For thousands of years this ceremony was performed by the Flyers of Papantla. The participants comprised five indigenous men dressed to impersonate multi-hued birds. One, often an Indian priest representing the sun, stood on a platform atop the pole playing a drum and flute. The other four men had two functions. They represented the four elements of water, air, fire and earth as well as the four cardinal directions and were secured to the pole by a rope tied to their ankles. In line with tradition and at the appropriate moment they threw themselves backwards off the platform making exactly 13 revolutions around the pole before reaching the ground. It is thought that this age-old rite was either a prayer to the Sun God for fertility and a good harvest, or a ceremony to appease the gods and bring back the rains after a severe drought. This unique custom has been named an “Intangible Cultural Heritage” by UNESCO and is still performed today.

Moving on, we spent a short time watching the employees of a shoe factory churn out one pair of sandals after another. About a dozen men sat on rustic chairs in a garage-like setting. Everything here was “hecho a mano” (made by hand). Only for the pressing of old tires which form the soles of the sandals is a machine needed. Each employee has a different task: one punched holes in the uppers, another created the design, yet another fashioned strips of leather and so each person contributed to the whole process until the sandals were complete and ready for sale. Together, they formed an efficient and industrious production line. Later in the week, with several other guests we journeyed up the coast to San Blas, a sleepy little Spanish colonial town. The day’s activities included a brief visit to a Crocodillario where I gently cradled a six-week old baby crocodile. Later on we visited a crocodile reserve where some adult predators lolled on the muddy river bank, their slender snouts agape and one eye always alert. These prehistoric-looking creatures, some over 12 ft. in length, were definitely not the cuddly variety. The highlight for us though was a jungle boat tour through the mangrove swamp at La Tovara National Park, an important natural shelter for migratory birds. Our skipper slowly maneuvered the boat along the narrow channels. On each side was a dense tangle of interlocking roots. Above us a twisted maze of branches formed a shadowy tunnel from which cobweb-like lianas hung down. Even though it was a cloudy day, we were lucky enough to spot several wood storks, an anhinga or snakebird performing his morning neck stretching exercises, cormorants and many types of gulls, terns, kingfishers and hawks. Emerging into a wider stretch of water, we spotted a collection of small thatched cabins raised on stilts which our skipper explained was the remains of a movie set.

Returning to Rincon de Guayabitos, we caught a few more rays of sunshine as we sauntered one last time along the beach. The waves lapped gently on the shore causing our footprints to fade away on the incoming tide. Our laid-back vacation was coming to an end. Soon we would wing our way back to a chilly northern winter. This short break in sunny Mexico was definitely good for the soul. 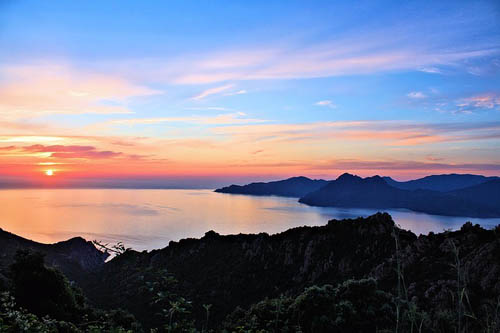 Where is the best country to holiday to? 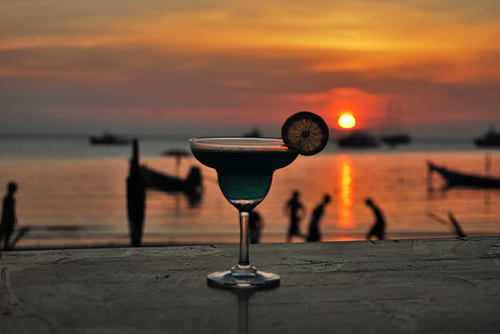 Top destinations for a party holiday this summer the World