Having heard many good things about Greece, my excitement at finally seeing it was tempered by the suspicion that it might not live up to my expectations. Not only did my firsthand experience of Greece exceed my expectations, I had the great good fortune of staying at the Aquamarina Hotel in Mati, Attika, a very affordable bit of heaven. After a long day of travel, feeling grimy and weary, I arrived at the Aquamarina Hotel just outside of Athens at dusk. Upon swinging the door to my hotel room open, I smiled and headed straight for the balcony. My room overlooked a shimmering turquoise swimming pool and, just beyond that, the Aegean Sea. I slid the enormous patio door open and stepped outside. Across the Evian Gulf, the lights of Evia Island twinkled between the vivid, electric blue of the twilight sky and the slightly deeper blue of the sea.

The room was simple, and possibly a tiny bit dated, but clean and safe and quiet. Safe enough—and private enough—to sleep with the patio door wide open. This door slid into a pocket in the wall, making the room feel like it was part of the outdoors. The sound of the waves lapping against the stone terraces and the fragrant sea air wafted in through the doorway.

After a luxurious soak in a nice deep bathtub and a good night’s sleep, I awoke refreshed and ready to explore. The Aquamarina sits right on the shore. A few short steps from the large, inviting outdoor swimming pool, I slipped through a gate that opened onto the sea. To my left, narrow stone steps led to a small, private, pebbled beach. To the right, a sprawling railed terrace offered wide concrete steps along its perimeter that plunged directly into the sea. The crystal-clear water revealed many interesting rock formations, some of which jutted out like long jetties and afforded landing spots for a white, regal, heron-like bird (possibly a little egret) and the occasional ancient-looking fisherman waiting patiently for his catch of the day. One hundred metres out, a snorkeler dove for sea urchins.

After exploring the beach and terraces, I took a footpath heading south. To my left the sea lapped up against rocks and pebbles and sand, which gradually became a cliff with occasional winding steps leading to secluded beaches. To my right sat private homes of various shapes and sizes with walled gardens. The path was speckled with windblown evergreen trees and large, hardy shrubs.

This walk along the coast became part of my daily routine. The path meandered and sometimes required short detours to the road before picking up again. One day, after walking the three kilometres along the road from Aquamarina to Rafina, I managed to do the return trip while staying on this coastal path for more than half the trip.

Rafina is a small port town where you can catch ferries to the Cyclades (the Greek islands of Tinos, Andros, Mykonos, Naxos, Thira, Paros and Ios). The gentle slope leading to the ferries is peppered with tiny restaurants offering al fresco dining and markets with fresh fish packed on ice.

But I digress. On that first morning, after a short walk along the footpath, I returned to Aquamarina’s small pebbled beach for a refreshing swim before breakfast. This morning walk and swim became my cherished ritual.

In the bright and sunny main dining room breakfast was served buffet style with a wide range of delicious offerings to suit varying tastes and preferences—bacon, eggs, sausage toast, croissant and pastries, muesli and other cereals, crusty Greek bread, and, best of all, the yogurt Greece is famous for, with an assortment of jams and preserves. My favourite was the raisin preserve—plump-to-bursting raisins in a sweet honey-like syrup—mixed into the yogurt.

Lunch and dinner (not included in the room rate) were also served buffet style offering a delicious selection of Greek specialties like spanakopita, moussaka, feta and black olives with bread, galaktoboureko and baklava, as well as international fare. I also frequented the hammam (Turkish steam room) in Aquamarina’s wellness spa, followed by a plunge in the 28˚C seawater pool with power jets. The spa also has a fully equipped gym and treatment room for massages.

Many locals from the surrounding neighbourhood frequented the wellness spa, and the American Seaview Bar and Terrace. They and the hotel staff were affable and helpful—recommending things to see and easy affordable ways to get there—and everyone enjoyed dancing to the live music on Saturday night.

I had come to Greece for a meditation retreat taking place right in the hotel and knew I would have very limited time for sightseeing. But the Aquamarina is so well situated (25 kilometres from the city centre of Athens, 15 kilometres from the airport, 250 metres from a convenient bus stop), I had time for a scenic bus tour of Athens, a bit of shopping and souvlaki in Ermou Street, a visit to the Acropolis, and sunset at the Temple of Poseidon in Cape Sounio. Before visiting the ancient citadel of Acropolis, I watched the Secrets of the Parthenon, its explanation of the sophisticated construction techniques used over 25 centuries ago helped me notice more of the details and symbolism and appreciate this architectural wonder and all the painstaking work being done to restore it to its original glory.

All this to say, in a very short period of time, four days to be exact, two of which were spent doing an intensive meditation retreat in breathtaking surroundings, I had my first splendid taste of Greece while staying at the lovely Aquamarina Hotel for only £64 per night.

If you want to enjoy Athens and its surrounding areas, while enjoying the amenities of a good seaside hotel, without paying a fortune, you might like Aquamarina Hotel as much as I did. 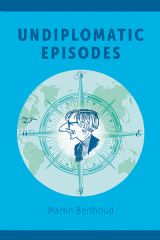 A drive around Iran in the era of the Shah 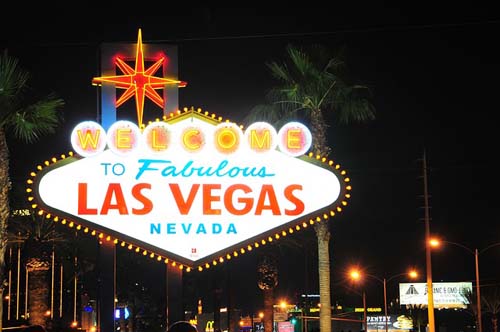 Things you must know if you’re travelling to Vegas