It is a real effort to keep up with all the news. There is so much life to live and now I feel I really am living in the present! Here life demands of me to be alert with all my senses awakened. Here, I must live totally, consciously, with absolute awareness – in this dangerous new world I am in. This is life at its rawest, most vital, most primitive. Everywhere around me people are living because they must. They are creatures of the earth, drawing their crude, simple survival from Mother Earth, struggling for what life might give them. Here I am thrown back to my original self. I can’t act a part or a role – I have to be me as I really am.

Herat overwhelms me with this feeling. I walked around the town for three hours and the emotion it evoked in me was too much for me – it was overwhelming. I had to go back to my little hotel. I had to speak to some Europeans again – to do something familiar. Not only did I feel that I had stepped back two thousand years or more in time, but that I myself had changed, and I was frightened. I had the feeling that I might get stuck in a different space and time and might not be able to get back to the present, to my own conception of reality. This country is so different from anywhere I have ever seen on this Earth. People here are so cut off from the rest of the world it
seems; as though they are living in a time warp.

I walked through the old Afghani markets and was the only European. I wore a scarf over my head. The women that walked the streets were all covered from head to foot except a very few old women who crouched down by a well or in a doorway here and there. There were just a few beggars. One old woman with only her eyes and top of her cheeks showing, crouched down with her hand stretched open. I gave her a ten afghani note (only about ten pence.) She closed up her hand slowly and stared up at me through the cloth wrapped loosely around her head, though I could not see her whole face. I think she was really poor. None of the Afghani passers-by gave her anything. I saw the workers at the back of their little shops – though they can hardly be called ‘shops’, they are just open, narrow, square buildings, very small, each with a high arched front. There was primitive-looking jewellery in some cases and women’s burkhas for sale. I went to look in an old mosque on a hill. On the hill opposite is an old ruined castle, very picturesque, and in the distance are mountains.

A soldier came up to me in the mosque courtyard. He spoke good English which he said he had taught himself. Within minutes he was asking me if I would like to marry him as he was a bachelor and would like an English wife! When I declined the offer he asked very politely whether I’d like to stay a night in his house.

Before I left the soldier, he talked to me about the people crouched down on the ground at the mosque entrance. There were three very old women. I actually got a glimpse of their faces though they drew cotton material across their heads which covered all but their eyes. Perhaps they were not so old. There was also a blind old man. The soldier told me that the women are very poor and that they clean the
graves and ask for a little fee from the mourners – this is their living. They stared up at me as I stared at them. I felt we are like creatures from two different worlds – or should I say different universes – what could they know about the west? For them it is another world that does not exist, one that they will never know.

I must have looked like an unreal character out of a book or a film to them – from the far-off west, in my western clothes: jeans and black-zipped anorak. As my feelings overcame me, I felt afraid. I wanted to go away quickly from this place. I gave the soldier a few afghanis to share among the women and blind man and he gave it to them and told them what I had said. He told me they would buy food for that evening with it.

Everything is very cheap in Afghanistan but there is a tourist price and an Afghani price. A few afghanis (one afghani equals a penny) go a long way for them.

I felt a hypocrite giving them money. My life and theirs is so different. I feel that we can never ‘reach’ each other. How could I ever explain this feeling except by saying that in these moments I was overcome by fear?

As I hurried back to the hotel I reflected that life here is very cheap and that death here is as natural as life. It seems to me that human beings here are as creatures crawling on the Earth. They live and they die. They exist and they suffer, and they struggle with life. In the west we have it so easy in comparison − we don’t realise it. I suppose it is as life was hundreds of years ago in Europe.

When I got back to the hotel in the evening, Josef, the owner, became a problem and would not leave my room. I became angry and said I wanted to pay my bill, food and all. Actually I remained very calm, but he didn’t! He had promised me that there would be no strings attached, but he was not being honest.

Finally he took the payment. Afterwards he wanted to give me the money back and ‘talk’ about it, but I would not have it. I locked him out of the room and refused to answer, so he went away in a rage. I am glad I had not accepted that dress off of him; all he had bought me really was coffee and milk in shops and paid for me to travel in the horse carriages. I bought a bus ticket for Kabul and set my alarm for five o’clock the next morning. The bus was going to leave at six o’clock.

After I had locked my door in my room for the night, I took myself in hand saying to myself sternly: “This is Afghanistan, not Spain – you had better act a little less stupidly!”

Certainly I blamed myself for what happened because I had been so naive in believing that the owner of the hotel was being so genuinely nice, and because I was really only using him for what I could get out of him – free lodgings – which I didn’t get in the end! However, in the morning he said goodbye and was respectful again. 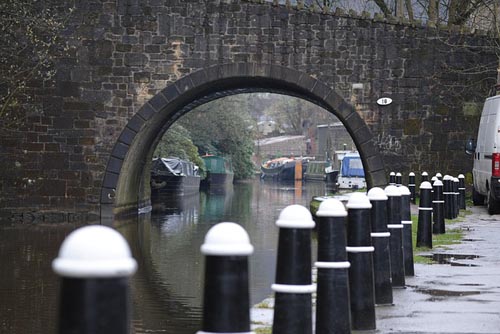 5 alternative ways to spend a week in the UK 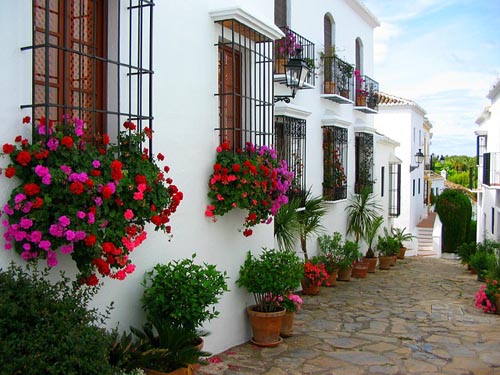 Top things to do in Marbella, Spain