Culture varies from place to place and there are some aspects of culture that are homogeneous around the world. This applies to scams too. Travellers are the first to be scammed anywhere because they have cash, they are looking for a good time and are not as alert as usual, and they often don’t know much about the place they are visiting. But did you know that scams are as varied as food and customs?

Scammers have devised ingenious ways to pick people’s pockets. If you go to Rome, keep an eye peeled out for babies being thrown at you. The moment you catch the ‘baby’, the mother and other accomplices make off with your luggage. You might think you got a baby off the deal, but then you discover it’s only a doll! Another largely European scam used by pick-pocketers is the mapseller technique. Someone selling maps will thrust a large map under your nose obscuring your view. While you are looking at it, your pockets would be picked. Too many Fagin-like characters out there, so keep alert!

A common scam that is practised is offering stuff for free, but you end up paying heavily in the end. In Morocco, young men often offer guide services. If you don’t shoo them away immediately, expect to find a heavyweight at the end flexing his muscles and insisting you pay for the services. Also avoid making the wrong friends. In many cities in Europe, locals appearing to be friendly will start chatting and then put on a friendship bracelet. Then they would ask for money. If you refuse, there will be a scene. It’s embarrassing, but chalk it down to experience rather than paying them off.

You should also be wary of free wifi services. Unless it is provided by a known source, don’t just accept it. You might be leaving your virtual world open for scammers to access everything from your email to your bank account. Free can be very expensive in some cases!

Then, of course, you have the broken taxi meter scam that is prevalent around the world. Don’t worry, this one applies to locals as well as tourists! Taxi drivers are also notorious for talking you into staying at an expensive hotel so that they can earn a commission. You should also avoid sitting on camels in Egypt. You might not be helped down until you shell out more cash.

Things can get really dark in some places. Fake government officials show up demanding money if you are buying drugs or litter the street. You might even be demanded money for entering the country. This is quite prevalent in South East Asian countries. In Europe, government officials barge into the hotel room and demand to search it. While you are arguing, they pocket your valuables. Ask to see identification in these cases.

There are many more such scams that are widespread around the world. You can check out these top 50 travel scams in this great infographic. 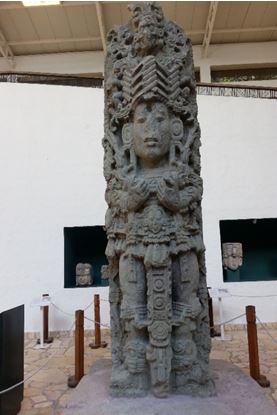 Meeting the Mayas in Copán, Honduras