Len left early on Thursday morning with his friend. I woke up just a few minutes before they came out of their hut to go. I saw the torch light. I think I picked up their vibrations. After Len had gone, I started to miss him again, but now I have gradually regained my feeling of contentment and tranquillity in this lovely place. I have met so many other goodlooking men here with nice personalities. They are nearly all Australians. There are three brothers travelling together – one with his wife and another with his girlfriend. The other brother saw me and invited me to have lunch with them – curd and fruit and treacle which they mix up themselves. Bruce also suggested that in the mornings I go up to the ‘point’ of the bay where they all surf.

There is a small hut tea-shop there, selling tea made with tinned condensed milk, coconut cakes and bananas. The teashop is really a thatched palm parasol supported by sticks, with a wooden table under it. It is set in a little sandy grove up in the dunes surrounded by palm trees, bushes and undergrowth. There everyone sits around and chats and drinks tea in between surfing. There are a few new people here now – but very few women – four of us now in the whole company, I think, and I am the only free single one!

One of the Sri Lankan boys who live in the beach village here runs the tea-shop. He is thirteen years old and everyone is very fond of him. His name is Pali. Another small boy helps him. They open their tea-shop at the break of dawn when the surfers go up to the ‘point’, and in the evening they serve tea to us at a little table in a different, similar tea-shop – another thatched parasol in the hut area where Pali and the Australians live. There are several compounds of huts and each compound has a palm fence around it. There are quite a few monkeys around and some beautiful, brightly coloured birds which I have seen amongst the palm trees on the beach. We also saw a scorpion the other night and some people saw a snake up a tree at the ‘point’.

Quite a few stray dogs are also running around. They wander about eating whatever they can find, which mostly consists of any scraps thrown to them – not many. The dogs are scraggy and thin. The locals sometimes treat them cruelly and often hit them with sticks if they come too near or try to steal food. The dogs, however, are so gentle, it is unbelievable.

Doug’s wife, a Japanese girl, feeds the dogs in her area and so I decided to feed the black puppy that is in my compound. It is a dear little thing, so gentle and loving. There are two more dogs in this area. I gave two of them something to eat today and they both waited patiently while I fed the other and watched me so trustingly.

I can’t believe that dogs which are often treated so brutally should be so gentle, but they are. I think that not all stray dogs would be, though, and I am still sometimes afraid of dogs that I don’t know, but I know these dogs well enough now to know that they are not aggressive.

The dogs came to see me tonight and I fed them again. They rush up to me, licking my hands and wagging their tails, but when I go into my hut they don’t venture in. Probably too many times they have been turned out of huts. I wish I could take that puppy home. It has got such lovely, endearing dark eyes.

I have now left the paradise of Aragum Bay, after staying eleven days. I left on the 5.30 bus on the 12th June. If the bus had not come that morning I would not have gone. Never have I felt so sorry to leave a place – I thought I was going to cry. I did not realise how fond I had grown of that black puppy either, but I did know, every minute that I was there, how much I appreciated living in that little fishermen’s village on the beach. I felt so rich there – richer than I have ever felt in my life. There I had my own little house in that idyllic place with all facilities that I needed and all comforts, although actually I had nothing.

What I loved most, was that I could live so simply and so close to the earth; I could live life in all its fullness and yet I had so few needs. I lacked nothing. I used to wake up in the morning and rejoice that there was another day to live. I wanted to wake up early so as not to waste any of those precious hours of daylight. The morning sunrise was especially beautiful – the sun’s rays shed a kind of translucent light over everything, which is special only to those early hours. I sometimes used to ask my neighbours to wake me up at sunrise or just before when they went out surfing, and then after a few moments of lying peacefully on my bed I would get up and slip on my bikini and fetch my towel. If it was early enough, I would go over to Raja’s hut where his wife, Barby, cooked hoppers in a metal pot over an open fire on the sand floor. They cost 25 paisa each, and an egg hopper cost 75 paisa. (There are a hundred paisa in each rupee.) Hoppers are made of brown rice flour and have a soft bread-like consistency. Barby would spoon the batter mixture into the pan – making thick rounds, and when they were nearly cooked she poured a little coconut milk on the top or broke an egg onto it. These hoppers were always served at about six o’clock in the morning. If I got up too late I would go straight down to the sea to swim, sometimes stopping at Raja’s tea-shop for tea made with condensed milk, or a ‘drinking coconut’ with a straw. At other times I would swim first in that beautiful clear blue sea – it always felt wonderful to swim on an empty stomach. I took delight in feeling fit and trimming up my body as I swam so much and I did not think much about food.

After swimming, I would wander up to Pali’s little teashop amongst the palms at the back of the beach, then I would go back and swim in the sea again until lunch-time when I would go back to Raja’s hut and eat salad, or curd and fruit, or coconut hoppers. They were delicious but I never had more than two at a time. I used to rest around midday when it was hottest and the sun was high in the sky, because I had got
sunburnt when I first arrived. In the afternoon I went visiting for a short while, and once I attended the ‘Bong Session’ – a whole group of the Australian men would sit and smoke marijuana for a few hours and get stoned every afternoon!

I didn’t share in the marijuana – but I sat with them. The water was not too salty or sandy, but after swimming I went to the village well and drew out cool water to pour all over my body. The bucket was extended on a rope from a large wooden stick and swung from its support like a see-saw. Drawing up water is so easy and effortless – it is a marvellous invention. I would always go swimming again in the afternoon – the afternoons are beautifully breezy.

Sometimes I would go walking before sunset along that lovely desolate beach or along the little winding road into the town. It was quite a long but beautiful walk. Once I sat down by the bank of a small, still lake on which there were primitive wooden boats – probably for fishing – and I watched the sunset. The sunsets are as beautiful as the sunrises.

One day I was there looking at the beautiful coloured birds in the trees and a lot of monkeys playing, when suddenly someone called out my name – it was an American guy that I had met on the bus on the way to the Rest House. He had been travelling with his brother and his brother’s girlfriend and had left with them, but now he had come back. He is a very nice person. I think he liked me, but I did not want to have any kind of relationship with him. When I left Aragum Bay things were getting a bit awkward because both he and my Australian hut neighbour were getting a bit friendly with me and I would have had to choose one or reject both in the end!

I went for a moonlit walk with my Australian neighbour one night. His name was Bruce and I was very physically attracted to him, but he was too extrovert a personality for me.

Every night after sunset, we all went to the tea-shop for a couple of hours till about eight o’clock, after which we went back to our huts to sleep. On the night of the full moon just before I left, we had a party on the beach.

I love living without electricity. I only had to light a couple of small candles at night for a few minutes while I found my toothbrush and laid out my sleeping bag on the camp bed. 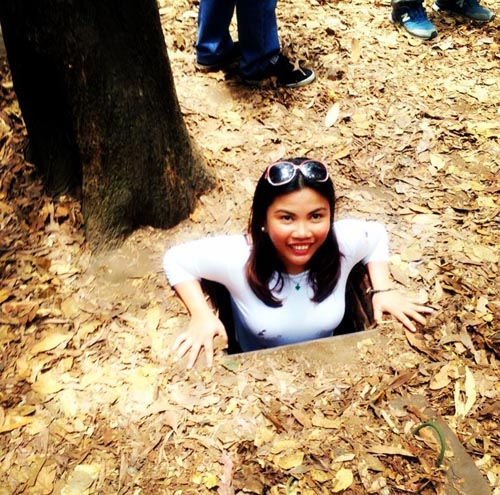 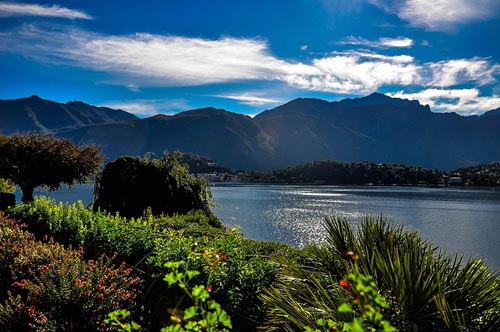 At leisure on Lake Como