For visitors Dahab is a funky beach stay – excellent dives sites (the Blue Hole and others) and, even for those packing British Pounds, it’s relatively inexpensive. However, dig down and there’s another narrative.

Dahab is a Bedouin town. Egyptians and Bedouins are, to quote local sources, ‘completely different.’ Egyptians don’t understand Bedouin language, and their brasher, noisier lives are at odds with local custom. These differences have reinforced mistrust and resentment. Ongoing violent incidents, mostly in the north of Sinai, are in part both a symptom and a cause of this mistrust.

Across Sinai access to tribal lands is being restricted. The authorities have banned private 4×4 vehicles. Check points and physical barriers have been erected to close off wadis. For an historically nomadic people these attempts to control movement are an affront. The police would say their actions are designed to inhibit smuggling and improve security.

In Dahab houses built on land where title is disputed have been bulldozed, sometimes before the contents have been removed. Such properties are generally inhabited by poor people. The Egyptian legal system, in common with others, does not favour those of limited means. Cleared sites await redevelopment by whom? Elsewhere, blatantly illegal beachfront development, mostly Egyptian-owned bars and cafes, is tolerated. You have to ask why? Foreign-owned businesses describe incidents where jealous neighbours have instigated malicious prosecutions. Reports of systematic police harassment resulting in imprisonment and even deportation are commonplace. Shopkeepers in Dahab are being obliged to install CCTV – for many a considerable expense, and to what end?

On a street corner I asked a young Egyptian man about the revolution. ‘The revolution is finished, over,’ he replied. ‘What’s changed?’ I asked.

‘Nothing changed. Nothing good for Egyptian people,’ he said.

Much more by Nick Redmayne on his very excellent blog. Keep up with his travels on twitter and instagram.

In the bush in Zimbabwe: Safari so good 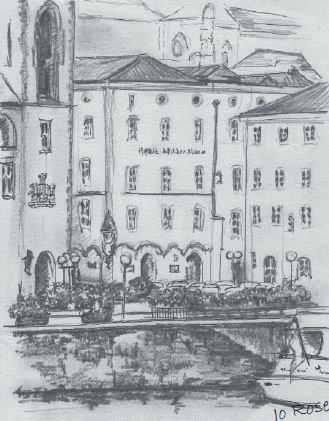