Welcome to the Isle of Wight, a peaceful diamond-shaped island, which lies just off the south coast of England. This little gem with its quintessentially English rolling landscape lies in the English Channel and is separated from the mainland by the Solent, a navigable waterway and boating playground. Full of anticipation, we boarded the ferry to the island to spend time in the great outdoors and to breathe in the pure fresh air. Members of royalty, well known celebrities and politicians have all spent time on the Isle of Wight. It hosts an 8-day sailing regatta every year and an annual music festival as well as being a favourite haunt of walkers and cyclists. We only had three days to appreciate the delights of the island’s beautiful countryside. Hiking boots laced up and daypacks shouldered, we were ready to set off. Our figure-of-eight walk began in Freshwater Bay village with its picturesque beach nestled below dramatic chalk cliffs. On our way to Tennyson Down, we paused to admire the thatched church of St. Agnes, one of only 18 such churches in England.

Carrying on upward, our footsteps echoed those of Alfred Lord Tennyson, the Victorian Poet Laureate, who in his lifetime was revered as a superstar. In the 1850s, he lived close by and would garner inspiration as he strode across this windswept ridge. Along the hedgerows were several common spotted orchids hidden among the ever-present stinging nettles. Shortly, we reached a replica of Nodes Beacon whose flare, in its original location at the top of Tennyson Down, once provided a guiding light for seagoing vessels. Descending the wide pathway, we came across a lonely piper, clad in full regalia, his kilt flying in the wind. To spur on the participants in a cross-country marathon he was playing some rousing Scottish airs. The dedicated runners jogged steadily uphill as our group of hikers slowly descended. Moments later we espied the Needles, an iconic landmark, at the tip of the island comprising a row of three gleaming white jagged chalk spires. At their seaward end is the Needles Lighthouse built in 1859. It was a picture worthy site. In former days, there was a fourth needle shaped pillar, known as Lot’s Wife, which fell to pieces in a violent storm. But there was more to see on the headland … two military batteries, a museum displaying memorabilia from World War II as well as a former rocket test site. Continuing our journey, we approached Alum Bay with its multi coloured sand cliffs, formerly used to make fine porcelain. More interestingly, this year marks the 120th anniversary of Marconi’s first successful wireless transmission from this spot. Now homeward bound, step by step we plodded uphill to an imposing memorial to Tennyson. Topped by a marble Celtic cross, it stands sentinel at the highest point on the downs.

Despite the blustery conditions, there were superb views over land and sea. Looking towards the mainland, we could see the lighthouse at Hurst Castle, an artillery fort established by Henry VII to protect the country from a French incursion. In 1648 Charles I was imprisoned here briefly before his execution in London. Opposite Hurst Castle but situated on the island is Fort Albert, a tall brick tower. In the 19th century it guarded the western entrance to the Solent and acted as a defence against a Napoleonic invasion. Later it became a barracks. Today it comprises several privately-owned luxury apartments. There was just one more thing to do before our hike was complete. We popped into Dimbola Lodge, formerly the home of Julia Margaret Cameron, a renowned Victorian portrait photographer and a good friend of Tennyson and Longfellow. We admired her portraits of the era’s famous literary, artistic and scientific figures. This invigorating walk, probably one of the Island’s most popular, provided us with some healthy exercise and several noteworthy snippets of history.

On the eastern side of the Island we saw all that remains of St. Helens’ old village Church … a white-washed tower teetering on the edge of the beach, now a navigational aid. A number of miles and a few ups and downs later we arrived at Bembridge, home to the Island’s only surviving windmill. This building has stood for over 300 years and amazingly still has most of its original machinery. During WW1 it was used as a lookout and later was the subject of a painting by JMW Turner. It provided a sheltered spot for a short break. After lunch, we soaked up spectacular views of the English Channel as we headed along the Coastal Path. Then, just as the rain began, we started our ascent up the chalk grasslands of Culver Down. On the slope the sight of many bright pink pyramidal orchids in full flower cheered us on our way. Shrouded in grey clouds at the top of the hill was a massive granite obelisk commemorating the Earl of Yarborough, a man who was greatly admired by the Islanders. More centrally located is the tranquil community of Shorwell with its thatched stone cottages. We dropped into the local parish church, built around 1200, which retains certain features (the walls, arches and pillars) dating from the time when Britain’s religion was predominantly Catholic. Other unusual characteristics include a Norman archway, a medieval stone altar and central Jacobean pews. Leaving the churchyard, we set off along the Shepherd’s Trail. Our route led us up and over the ridge where strong prevailing winds had shaped the trees to resemble ancient dinosaurs. We strolled past open fields of wheat, oats and rapeseed to the impressive ruins of medieval Carisbrooke Castle, our final destination. Exploring hither and yon, we learned a little about the olden days at Carisbrooke. Originally a Saxon fort, it served as an artillery fortress during the reign of Elizabeth 1. Following the English Civil War, the deposed Charles 1 was incarcerated at the castle for 14 months. Around 1913, it became a summer residence for Queen Victoria’s youngest daughter during her term as governor of the Isle of Wight. A strong wind was blowing so for safety reasons the ramparts were closed. But we did visit the fascinating museum which occupies the Great Hall, the imposing twin-towered Gatehouse, the Edwardian garden and the Bowling Green where soldiers used to parade and Charles I once rolled bowls up the lawn. But best of all was a demonstration by Jack, one of four resident donkeys, who walked the 16th century tread wheel to efficiently winch up a bucket of water from a depth of 49 metres. What lucky donkeys! Their work schedule is limited to a maximum of six minutes a day.

All too soon it was time to leave. We bid a heartfelt farewell to this great little place which, over the centuries, has played a part in the country’s history and its enduring cultural heritage. This short break on the Isle of Wight certainly fulfilled our expectations. 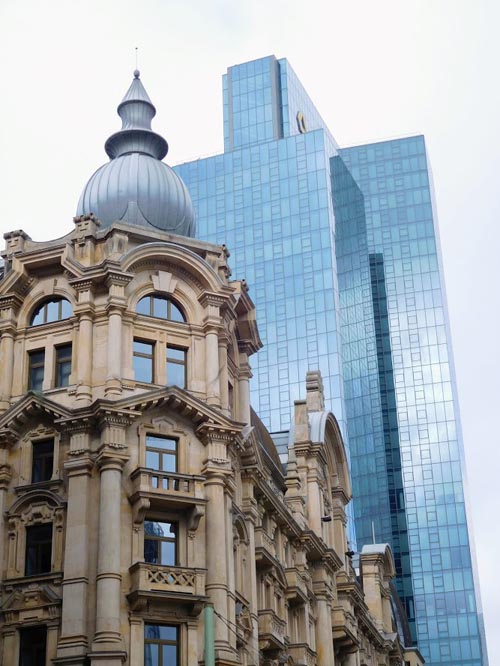 Surprised and charmed by Frankfurt 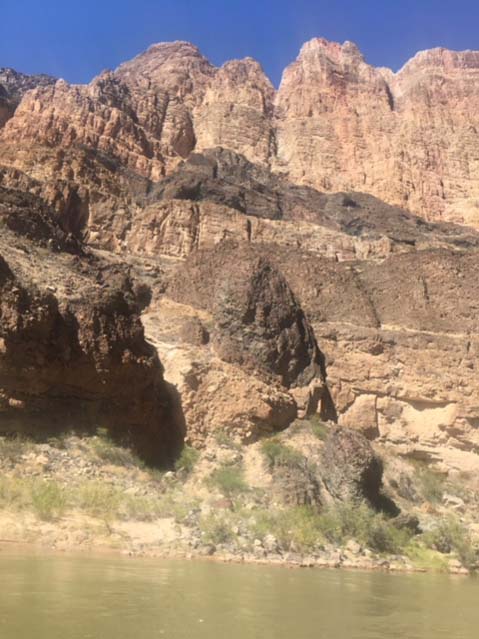 Taking the Grand Canyon home with me