There are basically two types of men in the world. Those who stay at home, and those who don’t.

30 January 2011
I neared the checkpoint in the late afternoon. Stopping at a steep spur which jutted into the heart of the valley, I hid the bicycle behind a crumbling mud wall, fished another coat and a third pair of gloves from my bags and fumbled them on. The day was a cruel, sunless grey and the temperature hovered around -20°C. Video camera in my pocket, I scrambled up and slumped prostrate on the snow just behind the ridge. The checkpoint was notoriously well guarded, but getting into Tibet had become a burning obsession. Maybe it marked the point at which I would move from bicycle tourist to grizzled explorer. I’d gorged on books by Sven Hedin and Heinrich Harrer, daring heroes from a different age. I knew that foreign travellers had been turned away, time and time again, from the mysterious mountain kingdom, and not much had changed since the Chinese took control.

I also knew that, if I made it, I would find little but brutal weather and loneliness. I was poorly equipped and would face genuine danger from the cold. However, I was only six months into my adventure. If I stumbled at this early hurdle then I might as well fly home and be done with it.

I used the camera’s zoom to search for a way past the collection of squat, whitewashed barracks. The road ran straight through the base, punctuated by three manned barriers. A few bare-branched poplars thrust skyward from the frozen earth and patchy snow. Beyond the perimeter, a handful of sheds and mud-walled cottages comprised the village of Kudi.

At the centre of the base stood a three-storey guard tower. A tall fence on its left ran down to a partially frozen river overlooked by another, smaller tower. Walking along the river seemed a risky option, as I’d be unable to test the thickness of the ice. To the right, another fence climbed the valley’s impossibly steep scree wall. Dragging a heavy bicycle around it would require Herculean strength and make too much noise. My only option was to walk straight through the middle.

As terrified as I was exhilarated, I pitched my tent behind the mud wall and set my alarm for 4 a.m.

The hut door opened and I froze, mid-stride, on the faintly starlit road. I could taste the adrenalin in the back of my throat and my numb fingers throbbed. I could feel my heart beating.

Three Chinese soldiers stepped out of the guard hut and paused, adjusting to the bitterly cold night air. They didn’t speak. Not ten yards away, I stood stock-still and eyed the silhouettes of their rifles. I held my breath, fearing they’d see the billowing condensation.

The shortest of the three hawked and spat on the frozen ground then walked over to a rusting white car. The other two stayed where they were, staring silently into the night, stamping their feet and breathing into their ungloved hands.

Have they heard me? Are they looking for me? Perhaps a villager spied me creeping along the road and reported me? What will they do to me if I’m discovered? Arrest? Deportation? Worse?

The western gateway to Tibet was strictly off-limits to foreigners, and I was carrying a camera with footage of their base. I shouldn’t be here. Why did I come?

The driver took three or four attempts to coax his vehicle into life. I dragged my bicycle to one side, using the cough of the ignition to mask the sound. Thankful for my dark clothes and the tape over my panniers’ reflective surfaces, I crouched between its frame and a wall of wooden planks. The engine sputtered. Headlights flickered on, and the beam washed over me as the car swung across the middle of the road. I bowed my head and held my breath, awaiting capture.

But it never came.

The other two soldiers climbed in and all three drove away.

I breathed out at last.

Edging around the red-and-white-striped barrier, I left the guard hut behind. But it was too early to celebrate. I wheeled my bike deeper into the base, keeping close to the unlit buildings.

I soon saw four more soldiers, perched on footstools, in bulky winter coats and hats, next to an open-backed truck. Hugging themselves for warmth, they huddled around a small fire in a metal bucket with crude ventilation holes punched in its side. Their snub-nosed rifles stood together, muzzles pointed skyward, propped against a wheel. Just beyond them lay the second barrier. A temperamental floodlight buzzed nearby.

Abandoning my bicycle, I crept closer. Then another soldier exited a building thirty yards behind me and started walking towards the fire. Caught in the middle, I flitted forward, threw myself flat on the ground and rolled underneath the truck. I wormed further, then crouched behind one of the wheels. The men, their guns and the fire were no more than a yard from me. A whiff of diesel cut through the earthy smell of burning coal. I breathed as lightly as possible into the crook of my elbow, trying not to cough.

The approaching soldier barked an order. One of the four got up and walked back to the building with him, boots squeaking with each step. After a few moments of silence, the remaining three started telling jokes. As their laughter became louder and more boisterous, I built up the courage to slip back the way I’d come.

Having retrieved the bike, I delved down a narrow alley, strewn with discarded plastic bags and animal droppings, which led away from the base. I winced each time an ice puddle cracked beneath my feet.

With a low growl, a vast Tibetan mastiff leapt at me from the rear of one of the buildings. It was stopped short by its chain, but came close enough for the heat of its shit-eating breath to blast me full in the face. Desperate to silence the frenzied barking, I swung my boot and clapped the brute clean across the muzzle. The dog retreated with a whimper and I continued towards the boundary fence.

The bottom wire was rusted thin and broken in several places. Feeling like James Bond, I took a pair of folding pliers from my pocket, cut three wires, bent back the sharp ends as far as I could, and crawled through, dragging the bike behind me. I moved on as quickly and quietly as possible, hoping it would snow before morning to cover my tracks.

Thirty minutes later, I had cleared Kudi and rejoined the road. I mounted up, high on the stupidity of what I had just done, against all the odds – successfully, and very illegally, entered Tibet.

Live updates from Charlie on his Arctic adventure on his expedition website. Information about donating to his chosen charity can be found here. And perhaps the best reason of all to visit his site is to buy a signed copy of Charlie’s new book, Through Sand and Snow. 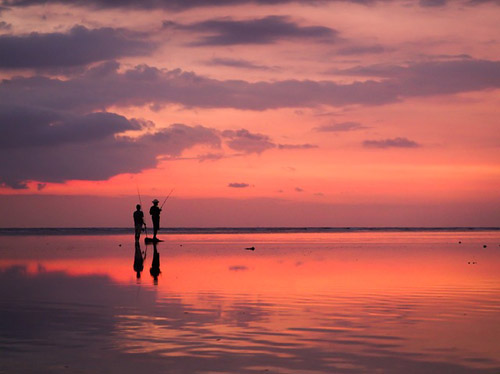 How to get the best from Bali 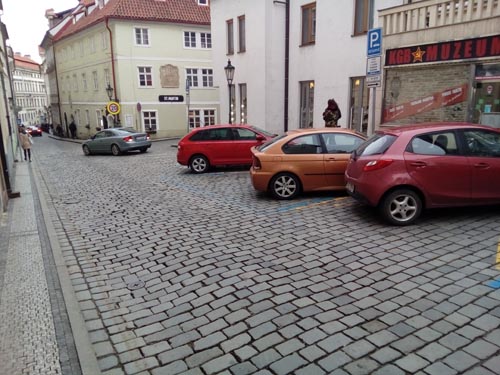