A Sin City ? A Gamblers Paradise ?? Indeed !! Las Vegas stands up to its fabled reputation every bit. Boozing, Gambling, Casinos, Night Clubs, Shows: decent, erotic, nude seem intrinsic & ubiquitous. As the Sun Sets, walking down this approx. 4 mile boulevard, more famously known as “The Strip” inadvertently and instantly, makes you a part of this exceptionally illuminous night life. Every inch of this place is lit up to its T. You feel Happy, Elated. The adrenaline pushes up in you. You feel rejuvenated !! Like they say “Do as the Romans do when in Rome.” It’s fun to metamorphose/camouflage yourself into this rare dazzle, this intriguing glamour, even if it is ephemeral, fleeting or temporary. 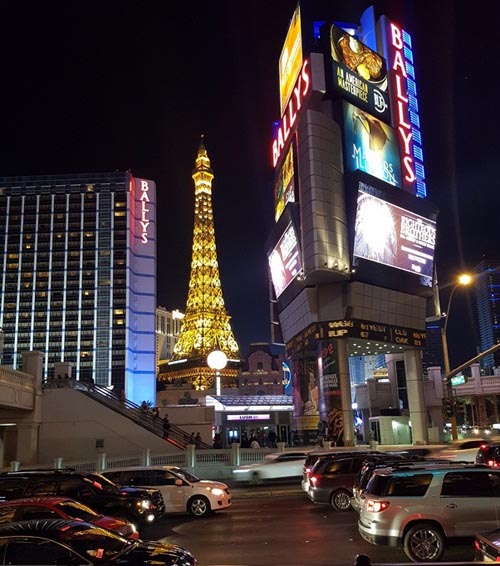 Most famous and palatial Hotels build on various themes including Venetian, Bellagio, Trump Tower, MGM, queue up one after the other on this “Strip”, each with their over the top spectacle, clamoring for attention and admiration. Restaurants, Fountains, men/women selling “Show” brochures, Free Bet Deals , replicas of Eiffel Tower, Venetian Grand Canal, Egyptian Pyramid, fill the “Strip”. You see happy faces, exuberance, animal spirit filled all around. At Bellagio, an exceptionally synchronized Fountain Show is something that’s impossible to miss. It’s free for every passerby to watch. Like you, you find everyone around invariably shooting this beautiful water concert with their respective Cameras.

Interestingly, you can move freely into any of these huge hospitality structures, ubiquitous with impressive Casinos, where hundreds of gambling aficionados, young to old, males and females, White and Black glued to various slot machines or on gambling tables, happily, either splurging or adding dollars to their kitty. It is a fete to watch the scenario.

Replete of Shopping arcades you can seamlessly pass through from the premises of one hotel to another to another without realizing until you see the décor of the roof. Each hotel has a beautifully designed but distinct and discernable roof above.

Being an occasional gambler, I could finally understand what the big deal was about those casino floors, to play on one of those amazing machines. I was amused as well as intrigued. Unable to contain myself, an elderly lady came to my succor. 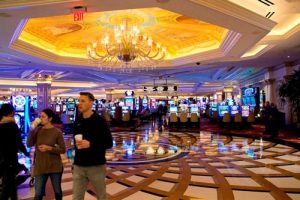 Sadly she had just lost all her allotted money into a slot machine but explained me the working of that machine with alacrity. I flung myself into it & sat on this machine, tried my luck, but sadly, the result was the same as my teacher. I think I will stick to my games on https://www.bestuscasinos.org/real-money/ where I feel more in control. I too lost albeit a small amount I had earmarked for Gambling. Got up happy, proudly saying to myself, “Yes, even I gambled in Las Vegas”.

As the real life on the scintillating strip picks up after stars begin to twinkle, there are some amazing things one can accomplish while the Sun is up & shining.

First: Las Vegas can uniquely boast of the Grand Canyon, situated in Nevada, the State in which Las Vegas is, You can reach their either by road, or on a small plane that will take you over the place or by a helicopter that will fly and land 4,000 ft below the Canyon Rim, on its floor overlooking the Colorado River. 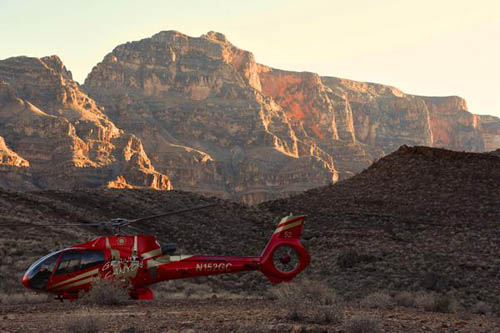 I paid $350 with extra $50 to sit beside the Pilot, in the front, for a 4 hour Helicopter Tour. As the rotor began this six-seater took off along with several other Helicopters going the same way. Soon we were flying over the famous Hoover Dam and then over Lake Mead till we reached the mesmerizing Grand Canyon Rim. After flying around, the young, svelte lady pilot pulled the gear for a sharp descend into the canyon and soon we were flying just few feet above the flowing Colorado river. As we landed deep on the canyon floor, close to the river, the rays of the setting Sun gave an exceptional golden hue to the rocks. It seems as if divinity has lent simmering sheet of Gold to the landscape. The look was indeed awe inspiring. Everyone’s Cameras were at work and so was mine. Snacks and Champagne were served but they were not important. After 45 minutes, the helicopter took off again to return but not before allowing some astounding aerial view of the imposing Downtown Vegas and brilliantly illuminated Las Vegas Strip. 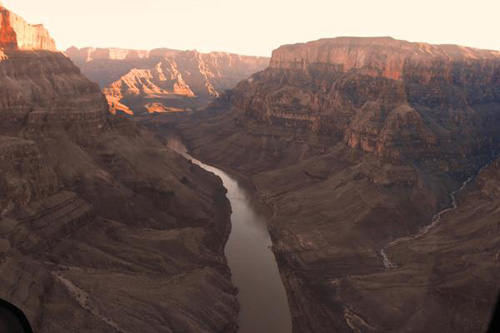 Hoover Dam, situated around 35 miles from the Vegas strip, one of the 7 wonder of Industrial World, is a place not to miss when in Vegas. Named after Mr. Hoover, instrumental in getting this vital project through, this historic 726 feet high 1,244 feet long Dam with the top thickness of 45 feet and base of 660 feet, weighs astounding 6.6 million tons. (Equivalent to 18 Empire State Buildings, 685 Eiffel Towers and 29000 Statues of Liberty). Pay $15 and take a guided tour of this massive man-made marvel, a huge conical block of white cement that looks even more amazing as the shadow of an equally significant Memorial bridge falls across it. Built by the consortium of Six big Companies with a budget of a whopping $48,890,955 in 1928, it got completed in May 1935 and was dedicated by the then President Franklin D. Roosevelt on 30th September 1935. With this Dam getting operational, apart from generating 4 billion kilowatt-hour hydroelectric power a year, providing potable water to countless Americans, it has helped in controlling frequent floods and has facilitated irrigation of over one million acres of land. It is presumed that without this Dam, the city of Los Angeles would not have been what it’s today. 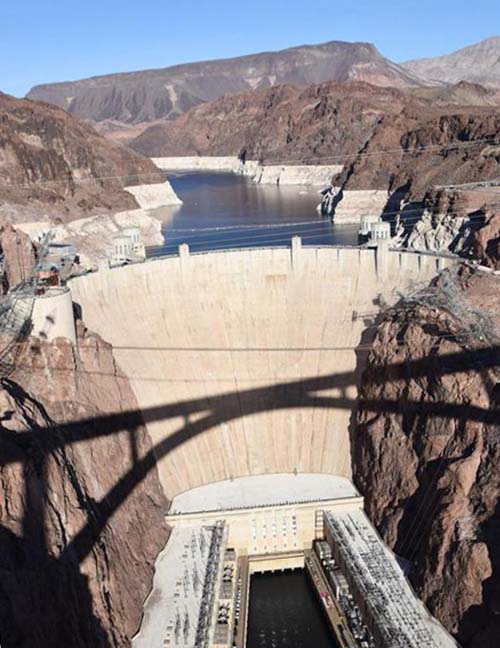 Back at the strip, I realized the Sin City is not just filled with presumed conventional Sins. While I stayed at ‘The Venetian’, I attended a very decent & beautiful Show at ‘The Bellagio’, named “Cirque du Soleil O”. 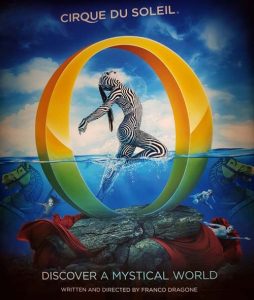 Ticket at $15.95, this popular water show had exceptionally elaborated set that must have costed millions of dollars. An immensely riveting experience ensued and everything seemed so surreal. Superbly talented acrobats and versatile artists displayed their mind blowing talents, often dangerous, keeping audiences spellbound and in complete awe. Truly, a spectacle to behold. Unsurprising, the effect of the show continued to linger long after the curtains were drawn.

Before bidding final good bye to the glittering & glamorous Vegas, I took little time to visit the Madame Tussauds museum located just next to my Hotel. With entry fees of $25, you find yourself standing along with famous Hollywood celebrities like Marilyn Monroe, Leonardo DiCaprio, Halle Berry, Britney Spears, Will Smith, Sport legends like Tiger Woods, Andre Agassi, TV Celebrities like Oprah Winfrey among many others who are brought to life through their incredibly striking Wax models. 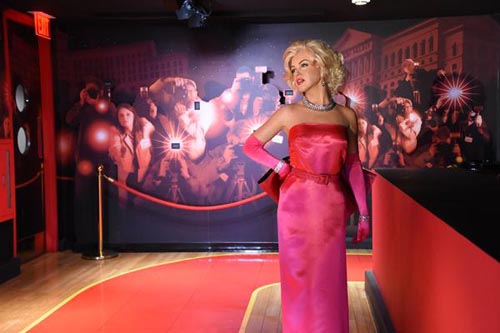 The Car was ready at the Hotel’s porch and so was I. Pressed the ignition button and left for a 5 hour drive towards the City of Los Angeles, and with me, fond memories of this dazzling city – ‘Las Vegas’.

For more by this writer visit http://bhupendergupta.com to read his very own Blog. 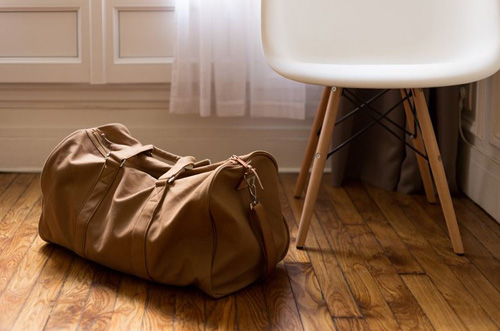 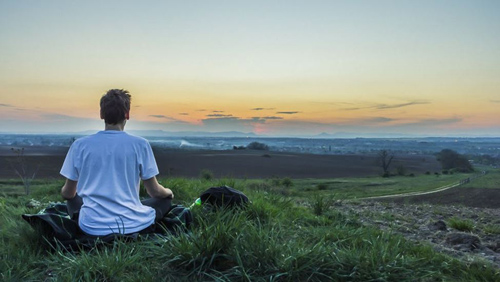 How the UK is changing the way Brits holiday