First impressions count, and that being the case the first impression Kezzio, aged 12, had upon at arrival at Cikananga Wildlife Center (CWC) caused him to remark, “This is going to be fun.”

Well, he was right as it turned out, but at that point neither he nor the rest of us had any idea of just how much fun or indeed how much hard work the next few days were going to be.

Kezzio was one of a group of ten Year 6 students from a Jakarta International School embarking on a four-day-and-three-night ‘Taster Course” at the CWC. Located towards the southern tip of West Java, Indonesia, the CWC is a Non-profit Organization that states its mission as,“ to support the government of Indonesia to save and conserve wildlife protected in a professional manner, and of benefit to the local communities”. 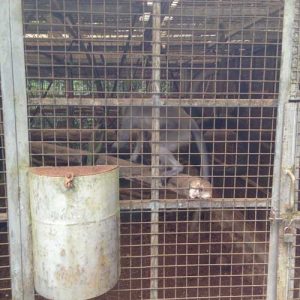 The capture and abuse of endangered animals is a huge problem in Indonesia, with thousands of endangered creatures hunted and captured for a number of reasons. Some of these animals include parrots trapped in the wild in Papua and Maluku, turtles in Bali which are slaughtered in order to make a local delicacy (satay) and for their shells to be used to make cheap ornaments for tourists, orang-utans smuggled from Kalimantan (Borneo) to Java and overseas, and Javanese Ebony Langur which are hunted for illegal trade and for meat.

The CWC attempts to right some of these wrongs by being a shelter for these and other animals with a view to caring for them and eventually reintroducing them to their natural habitats.

In order to facilitate this, the CWC is heavily concerned with educating the nation’s population and so is proactive in running a number of courses and workshops aimed at society at large.

It was therefore one of these courses Kezzio and his friends found themselves on. 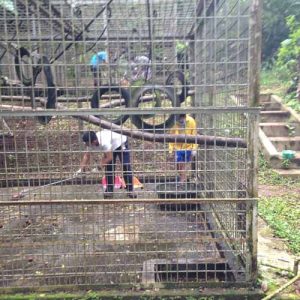 The climate in CWC is considerably cooler than that of Jakarta from where most of the participants on our trip originate, with a gentle breeze being enough to keep volunteers cool as they set about their work cleaning and caring for the animals.

There are over 3, 750 animals being cared for at CWC and they all need various forms of attention in addition to the basics of food and shelter. They need to be nurtured and rehabilitated so they can be one day be released back into their natural environments. The centre is run mainly by volunteers who come from both within and outside Indonesia. Some stay short-term (usually a minimum of two months) and some have been there for more than three years.

The Centre Manager is Willemijin Eggen from the Netherlands who has been working at CWC since 2013. “I first came here as a volunteer intending to stay six months as part of my internship,” she explained “But then I just got hooked and when it was time for me to head back home, I found that I couldn’t do it. I just couldn’t leave the animals behind.” Apart from enforced breaks for visa runs Williemijin has been a constant at the site ever since. 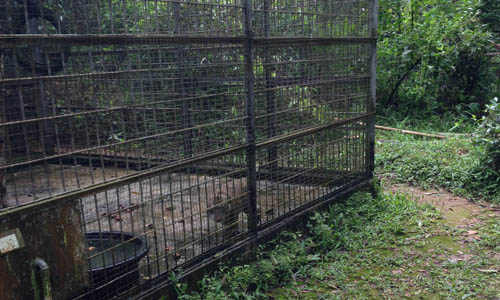 The site depends on money raised privately as well as government handouts. “It’s a constant battle to pay for everything, but we get there,” Willemijin said. “The hardest part of the job, or the most important part anyway, is educating society. The average guy here really has no idea that it is wrong to pay money to see a monkey dressed up in children’s clothes being forced to dance for entertainment, or that turtles are not food, or that the selling of ivory is a crime and not a job. I could go on.”

Indeed. There is much to do and so we (well, ok then, the kids) make a start. The smell that hits us when we arrive at the compound proper is actually not quite as overpowering as we’d predicted. However, if you can remember being downwind of the donkeys at the seaside as a kid and then multiply that aroma about threefold, you might garner some idea of the initial wiff that hit us upon stepping inside the animals’ sanctuary. 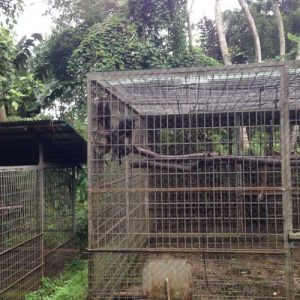 As part of the “Taster Course” open to schools, children are introduced to the daily routines of the full-time volunteers.

It was therefore one of these courses Kezzio and his friends found themselves on. Among the duties the children were tasked with was the responsibility to clean the animals’ cages and living habitats and to lay out their food. The food ranged from simple unpeeled bananas to intricately prepared rice and vegetable meals and the children were taught about the animals’ different dietary needs and preferences.

Of particular interest to the children were the Animal Enrichment Activities. These included wrapping food up in newspaper and leaves and hanging it in the monkeys’ ages. The aim being to provide the monkeys with the opportunity to problem solve and so use their creative thinking processes.

In addition, the children are expected to self-provide food and accommodation in the forms of camping in the grounds. There are dormitories available for those of a less-outdoor persuasion but these are limited in number and are usually occupied by the full-time volunteers.
The volunteers themselves are, of course, unpaid and are expected to pay all their travel and visa costs if necessary, as well as living costs. Although not compulsory, they are also expected to make a donation for the privilege of working at the centre, as are visiting schools such as ours.

The centre is not open to the public at large, and thus should not be confused with being a Wildlife Park or a tourist attraction. The only visitors it usually welcomes are schools on short-term projects and those looking to volunteer for the medium to long-term. However, it can be accessed by prior arrangement in small groups by those who wish to learn more about its functions and activities and are willing to make a donation to its upkeep. 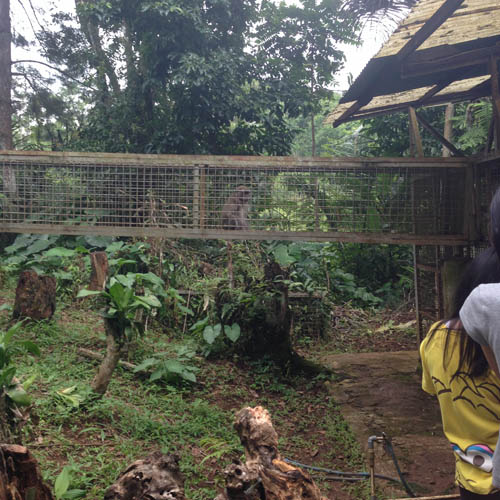 Getting there: By plane to Jakarta International Airport. Transportation from airport to the centre by taxi takes around five to six hours and costs around one million Indonesian Rupiah ($80), or around eight hours and 100,000 Rupiah ($8) by public transportation.

Key Information
Visa: If coming from overseas a visa will be required. The centre can arrange for a letter of sponsorship in advance that should be produced at an Indonesian embassy. Please note that even for unpaid voluntary work a visa is mandatory by Indonesia law.
Vaccinations: Please see your local GP for details regarding vaccinations before embarking on your journey or commencing work with animals.
Currency: Indonesian Rupiah.
Local Amenities: Small grocery stores and mini-supermarkets.
Other Amenities: Running water, electricity, flush toilets.

Things you should know planning a couple’s getaway in winter 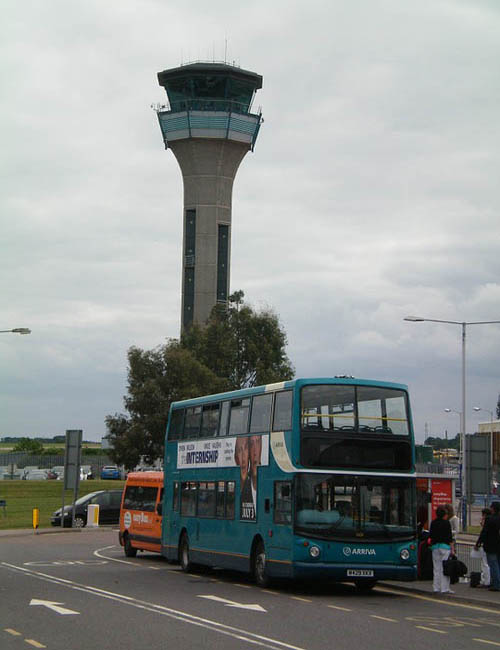