“Where are you headed?” asked our host in Brasov, one of Romania’s largest cities.

“Cund,” we said. Catalin stared at us. Born and raised in Romania, he had never heard of such a place. That could only mean one thing: Cund was exactly the place we were looking for.

Catalin had assured us that Brasov was the best city in all of Romania, and indeed its 16th-century fortified walls, cobblestone streets and ciorba de burta, a sour tripe soup, did not disappoint. But we had our hearts set on experiencing a bygone way of Romanian life.

Scattered throughout the Transylvanian countryside in central Romania are dozens of Saxon villages that date back 600-900 years. Some of these sleepy hamlets are fairly well known (Prince Charles owns property in Viscri, for example), while others exist in relative obscurity. Cund falls clearly in the latter category.

German-speaking Saxons began settling Transylvania in the 12th century after agreeing to an offer of land in exchange for protecting the region from Ottoman forces. The Saxons remained there for millennia. At the height of their growth after World War II, the number of Transylvanian Saxons reached over half a million people. But most of them fled their villages for Germany during the brutal communist regime of Nicolae Ceausescu, and less than 5% still remain in Transylvania today.

Eager to escape a neighborhood where double or triple parking is the norm (just leave your phone number on the windshield), my wife and I hopped in our car and set out to discover what the Saxons left behind. 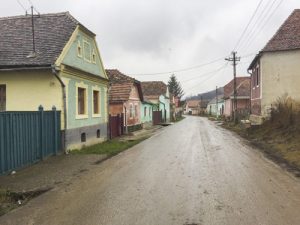 After three hours of white-knuckled driving on slick mountain roads, often with a horse-drawn cart on one side and a speeding Dacia passing us on the other, we found ourselves deep within the Romanian countryside. As we turned onto what we hoped was the last stretch of muddy road before Cund — our GPS had recently surrendered — it was not hard to see why imaginative travelers continue to associate Transylvania with vampires. The last glimmer of daylight had begun to fade, and the sky turned a dreary shade of gray that only late November can produce. Along the roadside, barren trees with gnarled branches reached out of the earth like bony limbs. The cold air smelled of the delicate smokiness from a distant fire. A thick blanket of fog covered the ground like a burial shroud. Our car lurched up a steep hill through a steady mist, pothole after pothole, switchback after switchback, the GPS urging us to make a U-turn when possible. It was almost enough to make us check the back seat to see if we had picked up an unwanted — and possibly undead — extra passenger.

Had it not been for a rusted roadside sign announcing the entrance of Cund, we might have blinked and missed the village entirely. Cund consists of one main road flanked by a smattering of colorful stone farmhouses on each side. Some of the houses are well-maintained while Mother Nature is busy reclaiming the others. A convenience store sits at the beginning of town selling staple items to residents and visitors alike. At the center of town is a dairy that sells several tasty varieties of homemade cheese. Across the street is the village’s most prominent structure, a church dated 1804 which now only functions as an over-sized chicken coop. 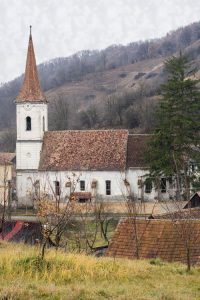 Night had fallen by the time we found our host, Christian (“turn left on the stone road at the old church, then turn right on the smaller stone road,” he told us). A native Austrian who has called Cund home for the last 10 years, Christian spends his time tending to his donkey farm and running Casa Lisa, the guest house in town where we would be staying.

“I don’t know why I decided to come here,” Christian told us. “I just had a feeling. My basic idea in coming here was to improve the image of Romania. Western countries know nothing about it. We only know of communism and all the terrible things that can happen. When I came here I was surprised that any of the old Saxon villages were left.”

Upon entering Casa Lisa, the appeal of a Transylvanian village getaway is undeniable. Originally built in the early 19th century, Christian renovated the house with the help of some local villagers. The home is heated only by a small wood burning fireplace that guests must keep aflame themselves. Near the fire is a delightful dining area and bedroom. Outside is a vegetable garden in the summer and a giant pear tree from which Christian makes juice and brandy. Surrounded by the Carpathian Mountains and with no internet, the setting is idyllic. Before retiring for the night we stood outside in the darkness and took in the heavy sound of utter silence.

In the summer Christian offers donkey rides around Cund, but we were content to spend the next day on a hike through the surrounding hillside, taking in the foggy vistas below. Christian insisted that we take walking sticks with us on our hike. Not for the bears in the nearby forest, who he assured us were of no danger, but rather the shepherd dogs tasked with protecting their flocks of sheep. “There are only two dangers in Romania,” Christian said. “The traffic and the shepherd dogs.”

To be certain, life is not easy for those who reside in Cund year round. By Christian’s estimation, many residents earn more money in two months of working the fields in Germany than they would in a year in Cund.

“Romanians are really good at finding a way to survive,” Christian said. “The people work to survive. Romania is a great place for travel, but Cund is a hard place to live.” 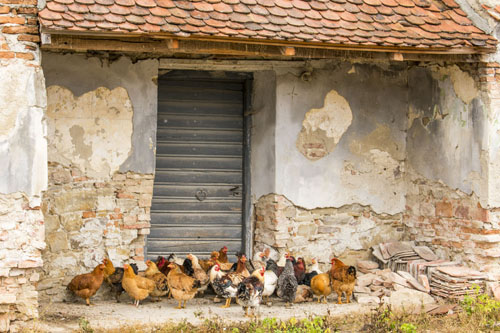 Of Cund’s current 165 residents, only two can trace their lineage back to original Saxon settlers. Once the Saxons abandoned their villages, other ethnic populations gradually filtered in. Most Cund residents come from other parts of rural Romania or neighboring Hungary.

We met one such Hungarian transplant, an elderly man named Stefan who greeted us with a hearty “good afternoon, Mr. President!” while walking through the center of town. Using a combination of our very elementary German and enough gesturing to win a round of charades, we deduced that Stefan was a trained engineer who now runs the local cheese shop with his family. He spent the remainder of our conversation pointing at various animals along the road and asking us the English word for them. “Ah, yes! Chicken!” he exclaimed before wandering off.

Aside from Stefan, most villagers we encountered greeted us with a polite wave and mild curiosity. “Some people don’t want the contact with tourism, but others see the possibilities,” Christian said. “The local people realize they can’t keep all of these houses renovated. The houses would fall down. If foreigners come in, Cund stays alive.” 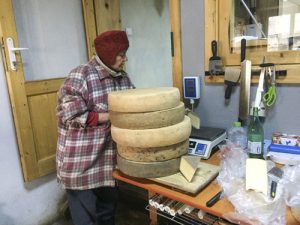 And despite Cund’s obscurity, the foreigners are indeed coming in. The vast majority of Christian’s guests come from Germany, and Casa Lisa is routinely booked throughout the summer. Christian hosts his last guests at Christmas, and then closes down the house until April.

“The people who come here are searching for their roots,” Christian said over a glass of homemade palinka, a traditional Romanian plum brandy. “The greatest thing I’ve ever experienced is living here in Cund and sharing that with other people. I came to Romania and fell in love with this country. I saw the stars, the smells, and I thought, ‘I’ve never been this happy in my life.’”

Outside, a shepherd herded his sheep through the mist, dog in tow. A teenage boy guided a horse-drawn cart through the center of town. A young girl lugged a bucket of milk out of the dairy. That Romanian work-to-survive attitude was clearly evident.

Christian poured another round of brandy and lifted his glass. “If you can live here,” he said, “you can live anywhere.” 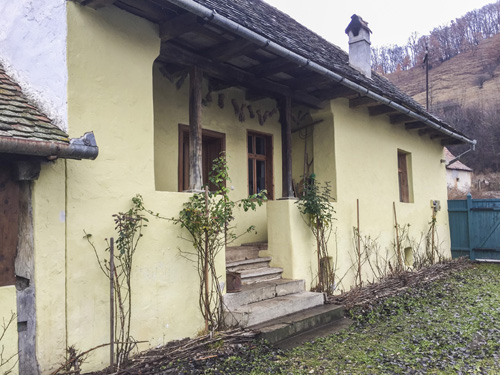 Tim Miller is a Chicago-based teacher and writer who produces clean, well-researched copy in a timely fashion. He can be reached at [email protected]. 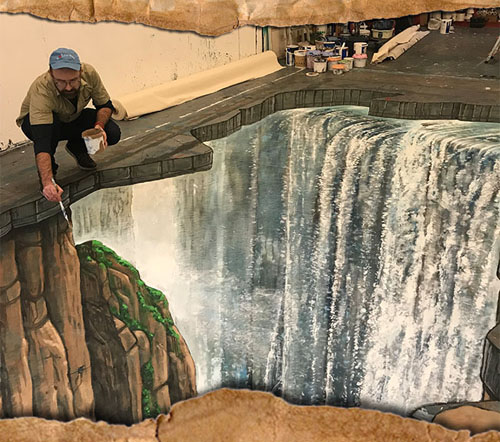 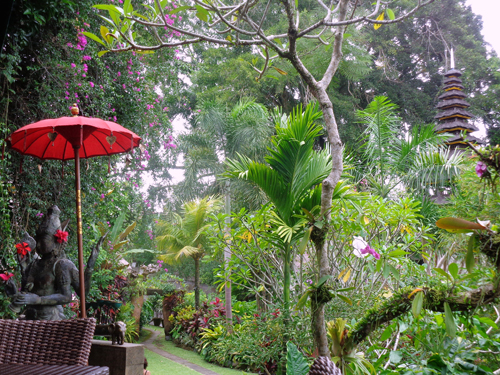