My first serious trip abroad was a 3 month trip to Thailand.

I had just finished university and wanted to try something completely different before settling into a career. I knew people who had been before and heard great things. For me, and I think for anybody who hasn’t traveled alone very much before, Thailand is the perfect destination. It has the exotic and adventurous element as it’s such a different culture to the west, but it is also surprisingly easy to get around and communicate with people.

I wanted to see as much of the country as I could during my time there, but I was traveling alone so one of my main worries was being lonely.

So, I chose to spend a large portion of my time (6 weeks) volunteering, as I think it’s very important to give something back to anywhere that you visit as a tourist, particularly in relatively poor countries like Thailand, but also because I knew I’d be able to meet people through it. The rest of the time I spent traveling around the other parts of the country, seeing as much as possible

This blog is about the lessons I learned on my trip, and why I think everyone should consider doing something similar. I hope that it will convince you to take the plunge and try it for yourself!

I met some amazing people and made lifelong friends It’s so easy to meet people when traveling anywhere. You are immediately in a minority by being an outsider in a foreign country, and this means that when you encounter other travelers, you will immediately have something in common and a good starting point for conversation to flow from.

Thailand is no exception to this rule, and in fact, it’s probably an even more prominent phenomenon in the country. Every fellow traveler you meet seems to be in a permanently good mood and immensely laid back. And why wouldn’t they be? The weather’s exceptional, the scenery is beautiful, and there are enough things to do to keep anybody busy all day, every day.

Staying in accommodation that has good communal areas, or opting for hostels with shared dormitories are sure-fire ways to guarantee meeting lots of people, as is going on organized tours and activities.

Aside from other travelers, the locals in Thailand are generally extremely friendly and eager to chat. I found it very easy to strike up conversations with locals and ended up becoming friends with several Thais, some of whom I have visited since.

Another amazing outcome of my trip to Thailand was that I learned a huge amount about the history and culture of the ancient kingdom. By visiting museums and reading books, I learned about the ancient Kingdom of Siam, as well as the history of neighboring countries like Cambodia and how the Khmer civilization ruled the region of Southeast Asia so long ago.

Before I set off, I knew nothing of the country, but during my time there, I saw temples, began to understand the role of religion in Thai people’s. I tried some of the best food I’ve ever tasted and learned to cook it myself (I still cook it regularly today). I found the openness and welcoming nature of the local people eye-opening.

All in all, I feel I got a real view of Thai culture, and I loved every minute of it.

Thailand is famous for its beaches and crystal clear waters. These are just as stunning as the photos. But I found that there is far more to the country than just lazing on beaches and sunbathing.

Some of the most beautiful places I saw were inland. I never knew that Thailand had such vast and rich jungle, for example. Massive variety of plant and animal life inhabit these areas, and I could have spent the entire 3 months just exploring the lush jungles and epic mountains of the north.

As I was spending such an extended period of time in the country, I decided that I wanted to be able to contribute something to the country in return and give something back.

I chose to volunteer in Trat province with an organization called uvolunteer, which offers several options, covering things like from educating children and conservation. I chose to stay for 6 weeks teaching English to schoolchildren. By spending a period of time based in one place, I ended up saving a considerable amount of money and had an all-round incredible time.

Those 6 weeks were probably the most rewarding of the entire trip, and although I was mostly based in one place during that time, I felt like I learned more about the country than on the rest of my travels. I was able to befriend local people, spend time with other volunteers, and explore the region in depth.

Most importantly, volunteering taught me that you don’t have to spend a lot of money and do things that directly benefit yourself to get satisfaction from life. Giving my time to help other people and seeing my efforts enact a positive change in other people’s lives was an indescribably fulfilling experience, and something that I would highly recommend to anybody considering a trip to Thailand, or just anybody in general.

It ignited a passion for travel When I was planning my trip, 3 months seemed like a huge time commitment. However, once out there I soon realized that the weeks flew by, and I was home before I knew it, dreaming of getting on another plane and starting another adventure.

After some initial nerves for a few days, I started meeting people and really enjoying myself. As soon as I got used to the change of pace in lifestyle, I knew that traveling was something I wanted more of.

I became addicted to the freedom of traveling in such a wonderful country, surrounded by lovely people. I was doing new exciting things every day, meeting new friends, spending all of my time outside in the sun. It was heaven.

Since that first proper trip, I have had a genuine passion for travel. It has been my number 1 hobby in life, and the main thing around which I organize my time.

I learned that you don’t always have to plan everything. Some of my best experiences were spontaneous I’m usually an organized person. This is very useful for some things, but looking back I think I used to take it a bit too far. Before my trip, I was living in a bit of a detached way, always thinking ahead and worrying about what might happen if I didn’t plan carefully.

Fortunately, I had a good friend who managed to convince me to chill out a little and not plan too much. Obviously, I still had to have an idea about what I would be doing, so I did some research and booked a few things, like my volunteer placement, but overall I consciously took a more relaxed approach.

This was one of the best decisions I made in my planning process, and as soon as I arrived in the country it paid off. In my first 2 days in Bangkok, I’d met and made friends with some great people who were traveling north. I changed my plans to go straight to the islands in the south and followed them north, where I ended up having 2 of the best weeks of my life!

This was not an isolated example. It happened time and time again during my travels, and I now always endeavor to travel without too much planning.

I know, I know. Rich spoiled westerner goes to a poor country, sees poor people and becomes enlightened. It sounds shallow and predictable, but it’s not as simple as that.

I have always been conscientious and empathic. Like most people, I don’t like to see people suffer and I disapprove of the wrongs in the world. But before I actually left my home country and saw people less fortunate first hand, I definitely didn’t fully appreciate my own privilege.

Maybe that’s a fault of my own, but if so then it’s a fault that I think a lot of people have.

Having the chance to meet real people who have so little, but are so generous, and so content with life was a turning point for me and something that I have carried with me ever since. I really feel like I can appreciate things more, and I’m definitely happier living with less than I was before.

Get out there and try it for yourself

It may sound like a cliche, but I challenge anybody to visit a country like Thailand on an extended trip, with an open mind, and not have it change their life.

Even if you don’t have much money saved, there are ways to make your budget go further, like volunteering. If you worry about traveling alone and struggling to make friends – don’t. It’s easier than you think.

But whatever you do, don’t just take my word for it, get out there and do it now.

Nicoleta Radoi
Nicoleta is the resident content blogger for uVolunteer. Nicoleta is an avid linguist, speaks fluent English, Chinese, French, Spanish and native Romanian. She currently lives in Vancouver, Canada and is passionate about volunteering, sustainable travel and has a soft spot for ethnic food. Connect with her on Instagram or Twitter

How the UK is changing the way Brits holiday 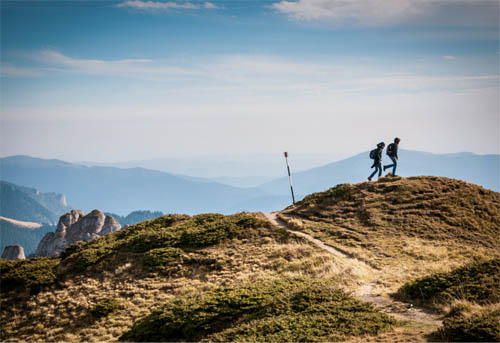 Things you should know planning a couple’s getaway in winter