Colourful India, with its eccentric traditions and rituals and a smorgasbord of unique and tantalising tastes, is a natural magnet for the modern-day adventurer. For some, it offers a unique opportunity to become a part of the globe’s 6th largest economy and live in the planet’s 2nd most populous democracy. Belonging to some 40,000 or so foreign workers and residents in India can be a very exciting prospect especially if you love the challenge presented by working in an environment that features the best – and worst – of both Eastern and Western work ideologies. Here are some of the things you have to know if you wish to become a part of the growing expat community in India.

A Haven for Expats

Historically, the net movement of people was outwards from India in the hope of seeking better opportunities elsewhere. However, in recent years, there has been a slowly increasing number of foreign nationals working and living in India primarily because of the country’s growing importance in global commerce. Almost every major multinational corporation has an office – regional or otherwise – in a major city in India. It is this same economic growth that has spurred the development of many local businesses with a more or less global orientation and that are more open to foreign talents.

India is a popular second home for many teachers especially native speakers of the English language. It is also the second domicile of artists and spiritualists who would like to integrate some of the principles of the Hindu faith into their interpretation of what can be considered spiritual. Of course, it is the second residence of many CEOs, COOs, and CFOs as well as other high-level corporate executives of international businesses.

Being a subcontinent, you can expect India’s regional dialects to be highly diverse. In fact, this country of some 1.35 billion people boasts of not less than 300 languages, 24 of which are fluently spoken by at least a million Indians. Three out of 10 Indians speak the official national language of India which is Hindi. Take note that Hindi is just one of the 16 official languages in India with major metropolitan areas typically having their own. For instance, Bengali is widely used in Kolkata while Marathi and Hindi are the official languages in Mumbai. In New Delhi, the official languages are Hindi and Punjabi while the southern regions of the country are exceptionally fluent in Tamil.

As an expat, it is often wise to learn the official language of the key city where you may be living in since you really cannot expect everyone to be able to communicate in English, although the country has accorded the English language an associate status. While only a few use English as their primary language, more than a quarter of the country’s population use English as their secondary language. It is the most important language in both national politics and the commercial business scene.

All foreign nationals except those coming from Bhutan and Nepal are expected to have their valid Visas upon entry into the country. However, there are certain nationalities where Visa-on-Arrival can be given. This means they can instantly receive their Visas upon arrival at any of the international ports in India. This type of Visa has a very limited duration, but it has the advantage of not having to file for a Visa at the Indian embassy in your country. If your country is not in the list of VOA-approved nationalities, then you need to secure your Visa from the Indian consulate in your country.

Generally, you will be given any of the following types of Visas.

Registration as a Foreign Resident in India

All foreign nationals who enter and stay in India for not less than 180 days are required by the government to visit the Foreigners’ Regional Registration Office within 14 days upon arrival in the country to have themselves duly registered as foreign residents in India. If you will be coming with your kids who are younger than 16 years old, then they are not required to register with the FRRO. You will need to bring the following when going to the FRRO for registration.

Once duly registered, the FRRO will give you a Registration Certificate.

The Residence Permit is one of the most important documents that you have to secure when living and working in India, aside from your Registration Certificate as a foreigner in the country. To apply for a Residence Permit, you will need to first secure your Permanent Account Number from the Income Tax Office. You can now do this online since there are recognised and duly-authorised online resources to help facilitate the application of PAN for you. The PAN is the Indian government’s way of making sure you are paying the correct taxes while also facilitating the linking of certain financial transactions that you engage into your income tax record. Additionally, you will need tax clearance in the event that you will be leaving India after spending at least 120 days in the country. You can use a service such as pancardapply.in to help with your application.

Different local governments have different requirements for the issuance of Residence Permits to foreign nationals. In many cases, however, they will be asking for the following.

Like many other major urban centres in other parts of the globe, the standard of living in key Indian cities is exceptionally high. The good thing, however is that this comes at a relatively low cost that even ordinary foreign nationals can be expected to lead a life of affluence. Food, housing, entertainment, and education are more affordable than other metropolitan areas in western countries. This makes India such a magnet for those who wish to live in grandeur.

If you enter India without any sponsoring company, you may find searching for a job that fits your preferences to be extra-challenging since what many Indians would consider as ‘good salary’ will only typify 25% of what you can actually earn in western democracies. As such, it is imperative that you already have a job offer that you can agree to even before you enter India. Or, as what most expats are doing, getting an Indian assignment by multinational companies should be a more viable solution for you if you wish to keep the same level of remuneration you are now receiving in your home country.

Living and working in India as an expat can be challenging and fulfilling at the same time. Learning the fundamentals of this great nation is just the start. Once you are in the country already, make sure to divide your time between work and getting to know more about India and its peoples and culture to help optimise your chances of leading a more meaningful life in the Indian subcontinent. 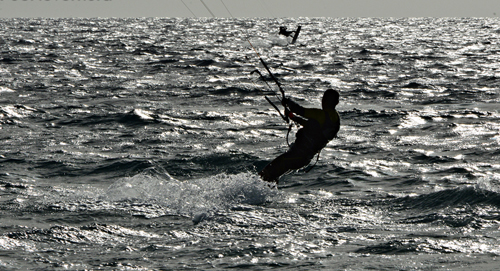 Blown away by Fuerteventura, windward side of the Canaries