As snow continued to fall and got compacted on the roads, it froze over night so, over a short time, you couldn’t see the tarmac and it was pointless trying to clear the road of the ice. All vehicles had to be fitted with winter tyres that had small metal studs the size of large nail heads protruding from the tread. Most of the non airport taxis were Volvo, Saab or Audi saloons or estates and were not four wheel drive. The first time I had need for one was a morning when I had to get to Duved quickly and had no time to wait for the next ski bus and the mean machine was unavailable.

I was walking along the edge of a road that connected the two main roads that ran parallel to the lake at the top and bottom of the village. The yellow taxi was heading uphill away from the lake when I stuck out my arm to hail it. The driver acknowledged me with a raised hand and promptly spun his car round a hundred and eighty degrees on a pinpoint in the middle of the road and pulled up alongside me. I hopped into the back seat and told him where I needed to go. He didn’t know I was late for a meeting, having been delayed getting the morning’s lift passes, and so it took me by surprise when he sunk the accelerator to the floor and we headed off at an indecent speed towards the lake to connect with the lake side road. For a moment, I thought he was drunk; we careered around the T junction in a full on four wheel drift as he deftly adjusted the steering wheel, correcting the direction of travel and it was clear he was anything but.

On the road out of the village, the last few houses flashed by with ever increasing speed and we were out onto a straight bit of open road. Trees with their branches heavily laden with fresh snow became a blur on my right whilst intermittent lines of small boats moored up on the edge of the water in those dark late days of autumn (and were now in the grip of the frozen surface of the lake), flitted by on my left. 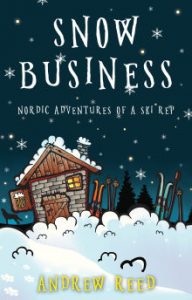 I pushed myself up off the back seat to steal a surreptitious look at the speedometer, trying not to let the driver catch my concerned expression in his rear view mirror. I blinked, trying to focus harder at the delicate white numbers on the black background where the red needle was hovering between a hundred and fifteen and a hundred and twenty kph already (about seventy five mph… on snow and ice, let’s not forget). He barely lifted the accelerator as we approached what I thought was quite a tight left / right kink in the road, guarded by thick tree trunks and a high snow bank on the right. I tensed up my leg muscles and clenched other parts as the back of the car twitched one way then another in response to his quick tug on the handbrake and flick of the steering wheel. The car came back into line and we slithered through and onto a straight section again. We appeared to be floating over the road surface and he continued to make little adjustments to the wheel as we skirted round more bends.

A journey that took twenty minutes on the ski bus took barely five and no sooner had we set off we were pulling up outside the hotel reception. Only then did I realise I had apparently been holding my breath all the way and exhaled loudly. I tried to gather my composure as I fumbled for my wallet for what should have been about a £20 fare but he waved his hand in dismissal.

“Ah, don’t worry about it. You guys are bringing us business. Have a nice day.”

“Really?” I questioned in too high a pitch. “Well, thank you very much. That’s kind,” I added in a deeper, more manly voice. “Tack så mycket,” I ventured in my best Swedish, although how I remembered to say “thank you very much” in his language I have no idea. I think I was just relieved we weren’t upside down in a field and wondered why Stig Blomqvist hadn’t made enough money by now to retire. Perhaps it was because he didn’t charge for taxi rides?

Extracted from Snow Business, an excellent account of a year as a ski rep, by Andrew Reed. 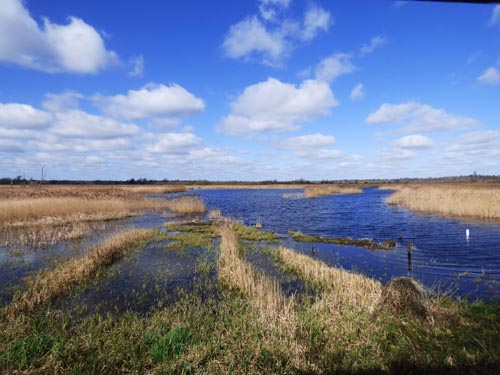