Youghal is a historic, walled seaport community on the coastline of east Cork. One of its claims to fame, perhaps its only claim to fame (apart from having a lighthouse, which I have always felt was an ambitious attempt to impress tourists), is Moby Dick. Many of the outdoor scenes of the now irrelevant 1956 Gregory Peck film set in New Bedford, Massachusetts, were in fact filmed by director John Huston in Youghal. A pub in the town, overlooking the Atlantic coast, is named after the film. Youghal has a population of 8,000. Most of them have drunk in Moby Dick’s with Ann Foley. Ann had no way of knowing that her liver was not best placed for being a local at Moby Dick’s.

You see, Ann had the misfortune of having a rhesus negative blood type, but giving birth to rhesus positive babies. This was viewed as a bad thing in the 1970s, as some of the rhesus positive blood could have passed through the bloodstream into her placenta and she might have developed antibodies to it. Such dangerous antibodies, if left in her system, could seriously damage or kill the foetus in a future pregnancy. During the 1970s and 1980s, Ann’s approach to reproduction was one year on, one year off, so the likelihood of future pregnancy was high in her case. The development of anti-D immunoglobulin, a product made from donated blood, should have been a positive development to obviate any risk to future babies. For her first four children, it was.

But in 1977, the year her fifth child was born, a batch of blood was contaminated because one donor, whose plasma had been used to make the anti-D, had jaundice and hepatitis but this had been missed due to a sloppy screening process by the Irish
Blood Transfusion Service Board (the BTSB). Ann received the contaminated blood, as did Anita Roddick of the Body Shop. 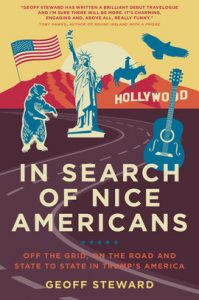 To compound the negligence, despite three BTSB employees realising the mistake, no alarm was raised and no action was taken to trace the women who received doses from that batch.

But that wasn’t the final mistake made. In 1994, the alarm was finally raised and a national screening exercise for hepatitis C took place in Ireland. Ann was part of that programme and, staggeringly, the BTSB missed the virus in her again.

Ann was oblivious to the state-injected death sentence until she was diagnosed with liver cancer three years ago, found to have been caused by the anti-D immunoglobulin blood products contaminated with hepatitis C administered to her following the birth of her fifth child in 1977. Ann didn’t pander to the social stigma of the ‘C-word’. Instead, she thought ‘so what’, copped herself on, and simply told everyone she was ‘here for a good time, not for a long time’. With the damages award she received from the Hepatitis C Compensation Tribunal, she took herself off to Medjugorje.

I had never heard of Medjugorje. Until 1981, neither had most people outside of Bosnia and Herzegovina. But then six local schoolchildren, merrily playing in the impoverished former Yugoslav town, witnessed a Marian apparition and well and truly put their hometown on the map. Now, I was also a schoolchild in 1981. I often used to play with my friends in the back fields between Hartlepool and Elwick. There were things I saw which I would tell my parents about, such as sticklebacks, puffballs, an escaped parakeet and even on one occasion a local weirdo who went on to achieve notoriety by also escaping… from a police station before going on to commit a triple murder. There were things I saw which I would not tell my parents about, like a dumped stash of pornographic magazines which Glen Beamson and I found in a plastic bag by the beck, and the breasts of Alison Waters. I feel I should probably explain the latter. One summer’s evening, after nightfall, Jonny Alcock and I had climbed a tree to watch Alison, four years ahead of us at school, and indisputably the best-looking girl in West Park – and most probably in the northern hemisphere, or so it felt to us at a time when we had never seen a topless girl before – taking off her bra in her bedroom overlooking the fields, little knowing that she too was being overlooked.

But I am fairly sure I wouldn’t have come home from playing in the fields to tell my parents I had seen a vision of the Virgin Mary. If I had, I would have had the back of my leg slapped for lying and been sent to bed without any tea.

Fair fucks (as they say in Ireland) to the Bosnian schoolchildren, though. They were braver than me; and their parents, apparently, believed them. The children are still alive today; and the apparition is still appearing to some of them, in their adult form. The Virgin Mary believes in punctuality, appearing to one of the schoolchildren, who grew up to become a full-time visionary (my careers adviser never gave me this as an option), on the 25th of each month, while one of the other schoolchildren receives her ‘messages’ (to my regret, my research has been unable to verify that Mary has modernised and is sending text messages of herself in front of mirrors, or of her dinner) on the 2nd of each month.

Although I should not let my own faithlessness and apparition-envy influence you, it seems I am in good company. The Catholic Church has declared the apparitions ‘non constat’, which means that it cannot confirm the supernatural status without more evidence, but will not stand in the way of allowing the impoverished town of Medjugorje to sell fridge magnets to eager pilgrims. In 1996, a Vatican press office spokesman permitted Catholics to continue to undertake pilgrimages there, albeit with an undertone of thinly veiled cynicism: ‘You cannot say people cannot go there until it has been proven false. This has not been said, so anyone can go… if they want.’ For such an official communiqué, I am full of admiration for the petulant shrug at the end. (On the subject of religious shrugs, outside St Paul’s Cathedral at lunchtime, I once saw a guy wearing a sandwich board saying ‘Free Shrugs’, and whenever he saw anyone reading it, he would forlornly shrug his shoulders at them.)

Despite my and the Vatican’s views, what cannot be doubted is the faith that over a million Catholics a year still have in the messages attributed to Your Lady (don’t include me in this) of Medjugorje. It is estimated that thirty million pilgrims have visited the town since 1981. Some have reported visual phenomena including the sun spinning in the sky; others have reported visual complaints including damage to their retina. One such visitor was Ann Foley, and seemingly it did the trick. Having been given mere months to live, she defied all medical opinion and lived another three years, during which she certainly had a good time, thanks to the improbable Lady of Medjugorje. Even her own doctors concluded that there could be no medical explanation for the terminal tumours on her liver changing shape and concluded that Ann’s own explanation that the Lady had performed a miracle upon her was as plausible as any they could offer. It seems that the ‘non constat’ shrug is contagious, passing from the clerical to the medical.

Ann’s good times, prolonged by those three miraculous years, have now ended two weeks before my sabbatical is due to start, so Jackie and I add to our travel itinerary an unscheduled trip to Youghal for the funeral. Typically for the Irish, there is no languishing morbidity or introspective grieving; this is going to be a celebration of a life well lived, and Gerry is already cracking corpse jokes after I have been in the car for a few minutes. I say ‘the car’ rather than ‘his car’ because as we walked towards the only car parked in the cross-hatched no-parking area immediately outside the entrance to Cork airport, I asked (fairly, I thought), ‘Is this your car?’, to which he urgently replied, ‘No, it’s stolen, get in quick.’ I think, or at least hope, he was joking.

The start of this chapter feels a long time ago, but my question to Gerry had been raised because I am apprehensive about seeing Ann again. Alive, she hadn’t scared me (well, not much), but I know she is now dead and lying in the living room, in an open coffin. I also know that she has a very close-knit family, and that Jackie and her seven brothers and sisters had not only been taking it in turns to sleep with Ann during her final moments when she was sent back home for palliative care, but they also now have a roster for sleeping with her cadaver in the lounge until she is buried (at least I hope that’s when it stops).

I am English. I am not used to this fearless embracing of death. The cowardly English tend to hide from death and, ostrich-like, hope that if they don’t see it, it won’t see them. In Ireland, they touch it, crack jokes in front of it and eat ham sandwiches around it.

I wasn’t there when Ann died, but the incident that all family members proudly felt had shown her at her courageous and humorous best was when the priest came round to administer the last rites. She hadn’t spoken for hours, her breathing had slowed and she seemed to be on her way out. As the priest was doing his mortal duty, she opened her eyes, looked at him and her family with defiant eyes and said, ‘I’m not going anywhere.’ Those were her final words. I think that is braver and funnier than the epitaph on Spike Milligan’s tombstone, which he no doubt had years to prepare as his final quip, and which reads: ‘I told you I was ill.’ Predictably, Milligan too was Irish.

When we get to the house, sure enough there she is, lying in the middle of the sitting room, wearing her Michael Kors glasses and favourite maroon leather jacket. Aside from a slightly waxy sheen to her complexion to mask the jaundice, she looks better than the last time I saw her. Her thirteen grandchildren are all taking it in their stride, playing on their iPads in the same room and occasionally peering into the coffin to stroke their nanny’s face or hands, and to slip a bottle of Coors Light and twenty Silk Cut Purple into the coffin for her to take with her, a gesture she would have appreciated. 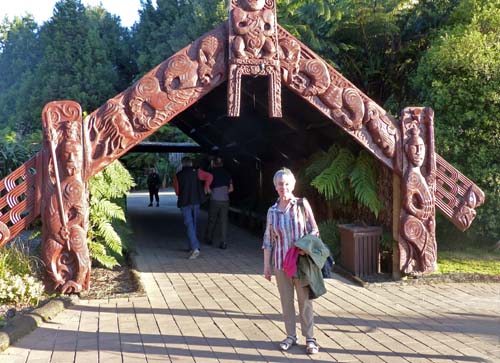 Pursuing the culture and spirit of New Zealand’s Maoris