It has often been described as a lunar landscape, and though it is certainly unusual, it is far too green for that. To my mind, it evoked images of a grassed-over, World War I, bomb-cratered battlefield. It is, however, very much older. In fact Grimes Graves, which lie in the heathlands of south-west Norfolk, date back to the late Neolithic period of around 5000 years ago. 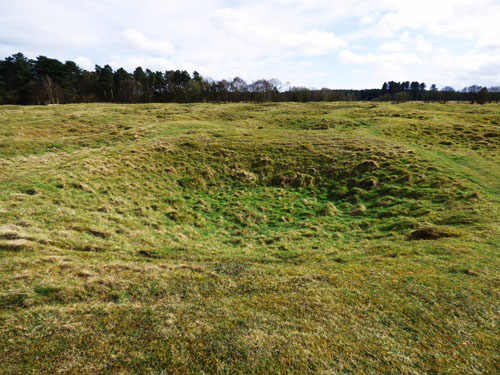 I approached this English Heritage site through Thetford Forest after a 40-minute drive from Norwich. The car park was situated at the north-western end of the 37-hectare clearing, about 100 metres from the small visitor centre. Its position at the periphery was determined by the need not to damage any of the ancient remains.

Despite its name, Grimes Graves is not a cemetery, though it has functioned as such during its long history. It was named by Anglo-Saxon settlers, who thought it had been created by their god, Grim, also known as Woden. Its primary purpose was in the mining of a high-quality black flint that was much sought after by Stone Age peoples for the manufacture of axes and arrowheads. Each of the 433 depressions represented a separate shaft, though some had been linked by underground tunnels. 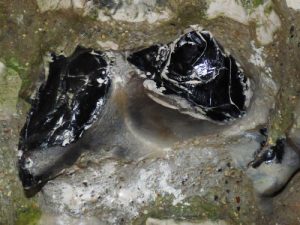 The origin of the hollows was a mystery until the late 1860s, when Canon William Greenwell excavated one of them. Further excavations followed up to the 1970s, by which time the site had been established as one of ten acknowledged flint mines in England. It remains the only one in which one of the shafts is open to the public.

The visitor centre has a small display illustrating a concise history of the area. This region of East Anglia is known as Breckland, and was occupied by Neolithic farmers more than 6000 years ago. Following the retreat of the glaciers at the end of the last Ice Age, some 11000 years ago, the land was colonised by birch scrub and trees. The early settlers cut clearings in the forest and began to grow crops and mine for the flint. The mediaeval era saw the extensive breeding here of rabbits for their meat and skins. This, in turn, led to the evolution of a heathland vegetation and a wildlife habitat consisting of a rare combination of flora and fauna.

The geology is also significant and is composed of successive sedimentary layers of chalk and flint, topped by the sand and gravel left behind by the glaciers. As a result of the geology and biology, Grimes Graves is now a Site of Special Scientific Interest.
Also in the visitor centre is a display of the implements the miners used to dig the flint. With metals not yet discovered, the rock was excavated using deer antlers and the shoulder blades of cattle.

From the visitor centre, I descended the few steps to a small annexe that stood over the entrance to Pit 1. A nine-metre ladder brought me down farther, through the rock strata to the floor of the mine. At the top, the shaft was ten metres wide, tapering to a little under four metres at the bottom. Layers of black, shiny flint protruded at intervals from the lighter coloured chalk walls. Six horizontal tunnels radiated away from the floor. These were closed off by metal grills, but it was possible for me to crawl, at the cost of dirty trousers, into the entrances to look through the galleries, some of which were known to run into adjacent mines. The guide from the visitor centre informed me that much of the mining must have been carried out in darkness, as little evidence of soot from torches or candles had been found on the walls of the mines. 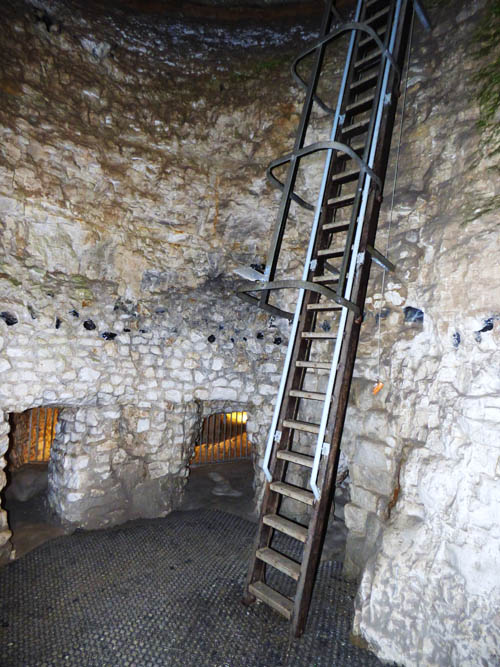 Emerging from Pit 1, I followed one of numerous meandering tracks for 200 metres to Grimshoe Mound, at the eastern edge of the site. This small hill, which commands a raised view over the area, served as a meeting place and court during Anglo-Saxon times. Grimes Graves remained in use as a source of flint until around 1450 BC, well into the Middle Bronze Age. Worked-out pits also appear to have been used to dispose of rubbish, and during the later Iron Age, local people turned to them to bury their dead.

Just south of Grimshoe Mound is the original site of Canon Greenwell’s 1868-70 explorations. Further excavations of this pit were undertaken in the mid 1970s by archaeologists from the British Museum. The pit is now closed with a concrete cover. 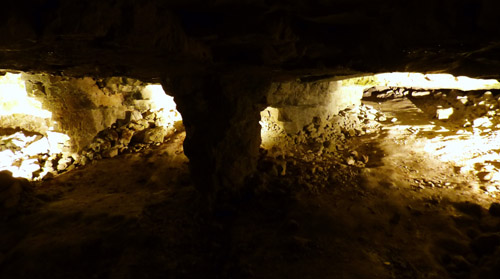 The ever popular television comedy series, Dad’s Army was largely filmed in the Breckland region of Norfolk. A direct link between the fictional and the real can be seen at Grimes Graves, in two sets of further depressions, much shallower and smaller in area than the main ones, at the eastern and western edges, near Grimshoe Mound and the Visitor Centre. These are the remains of foxholes dug by the Home Guard during World War II, in preparation for a possible invasion by gliders carrying German troops. 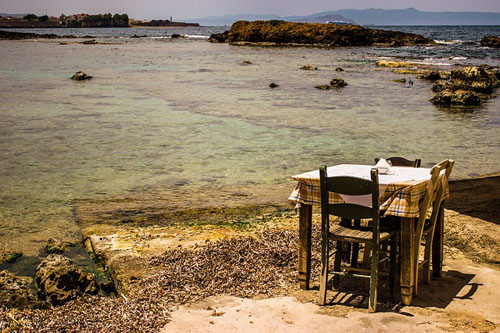 What I learned living in Crete for a year 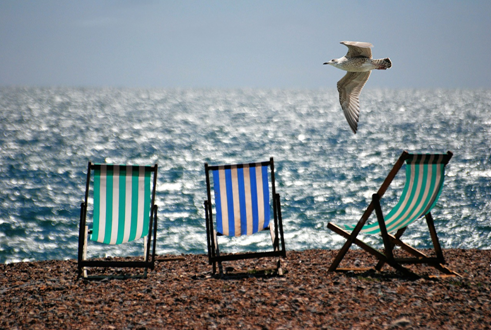 Where to go this summer: top 5 destinations